Last Thursday my husband and I visited the dealership to check out a pre-owned vehicle advertised online about 12:00 pm. While we appreciated not having several salespeople pounce upon us upon immediately entering the showroom, we had quite the opposite experience as no one seemed interested in assisting us. The receptionist made several calls and finally found salesperson John Lee to show us the vehicle. Our bad impression continued as he had the wrong key to the vehicle, and the car wouldnt start when he offered a test drive and had to be jump-started. He offered to have the battery checked, and proceeded to mention that we would love the excellent air conditioning in the car. My husband test drove the vehicle with him about 2 miles and the air conditioning never got cool. The car handled well, however, so we left the dealership with the understanding he would have the air unit and battery checked, as well as research whether the dealership would be willing to replace a worn rear tire. If all three issues were resolved, we were very interested in making the purchase. Typically, a dealership salesperson will follow up quickly eager to make a sale. We did not hear back from him that day nor the following morning. We left messages late Thursday and Friday morning which were not returned, so proceeded to call for a manager. Chris called back Friday and apologized stating John left about 3pm due to a family matter and likely didnt get our messages. He advised the car was being looked at in the shop and would get back to us. Things appeared to be back on track until Steve the finance manager called about a half hour later to ask if he could assist. My husband recounted the story of events to which Steve replied that the vehicle had been sold Friday morning "as is" and was no longer available. Having been told several conflicting stories by various members of the dealership, only to find the vehicle was supposedly then sold is extremely disappointing to say the least. Steve had no answers as to why we were told the vehicle was in the shop to address the issues we requested to be looked at. Customer service and satisfaction is certainly not a goal here as well as never in our conversation did Steve or a manager inquire as to our specific interests in a pre-owned vehicle to offer some alternative choices- a pretty basic quality in excellent salesmanship as well. Perhaps the entire experience was a blessing as had we made the purchase, we can only imagine how poor the follow up would be if we had any issues with the vehicle. Took our business elsewhere and purchased a vehicle where we were treated with honesty,,respect, fair pricing, and attentiveness.

I called here to find out if they repair corvette tires, I left a message for the service center. A young lady called me back I asked the question and she checked with a mgr. She came back and said they do not and they send people to USA Wheels in Fairfield, NJ. I call them and ask the question and was told that they work on all exotic cars by referral of dealers. I drove 30 mins to this place in an industrial park with a sidewalk storefront. FYI not a professional appearance at all, employee wasnt professional at all. He wore shorts and a tshirt with the sleeves cutoff, a mouthful of rotting teeth (thought I was being pranked). I asked about work bays upon entering he said they didnt have any. After some questions I said ok lets try it. He then asks for the car key, I said, why? He said he has to drive the car around back and the work is done there. I said I wanted to see the process, he said insurance purposes wouldnt allow me to be in the work area. He said it would take 20mins to put a plug in the tire after that I left. It doesnt take 20mins to plug a tire. Wish I could post a pic of this dump here. I cannot believe a car dealership sent me to this place. I got my tire fixed in less than 10mins for $20 and this place had multiple work bays and employees with uniforms that call you sir, and not give you attitude.

Worse dealership I have ever worked with. I bought a new Buick SUV in 2005 and the tranny went at 70K. When I spoke with the service manager and complained why it should fail so soon especially when they maintained it for me since day 1, his response was if I felt that way perhaps I should go buy a Honda! I then complained about that with the head of sales and a relative of the owner wanting to discuss this with the owner and see if this is the kind of customer service he supports, but he never even bothered to call back and his managements attitude was cavalier at best. I have been a loyal GM customer for over 30 years having purchased over 50 GM vehicles so far for myself an my business. Customer service up until that last 10 years had always been decent which kept me coming back. The prior dealership Scerbo was much better. But the customer service I got from Delassio and subsequently from GM customer service when I also called them about my experience was beyond poor and pathetic. Dalessio has not only made me determined to never spend another dime with them, but also actually made me question buying GM ever again. God help us if this is the kind of dealer GM spared to help them recover from financial ruin with our tax dollars.

This should have been my first and only stop to buy a car. The entire staff and in particular, Chris Perman, Steve Bello and Laurie Van Lenten are the nicest people in the business. They treated me like family, and were very professional, courteous and helpful throughout the way. Chris was very accommodating, patient and friendly which was a refreshing experience based on almost all my prior used car-(window)shopping (mis?)adventures in New York. If you are interested in good quality used or new cars from a dealership, I strongly recommend you to Dalessio Chevrolet Buick, especially if you are in New York. The ~1 hr 20 minute drive from NY to Boonton, NJ is totally worth it. They have a professional bodyshop right in their complex so interfacing between sales and servicing/bodyshop staff is very good, and everyone is very knowledgeable about technical matters not just sales. It was an absolute delight to interact with them, as Chris and his colleagues helped me get the car I wanted and worked out all the logistics and finances in a way that I was able to afford it. Strongly recommended!

I Scheduled my car for a 12:30pm Service appointment, was told it would take 45 minutes, so i went to a restaurant next door. 45 minutes later I returned and my car was still sitting in the service lane, unmoved with the keys in it. My car is a 2014 Camaro and the fact that it wasnt stolen is just luck. Anyway Im then told that all the service techs went to lunch... even when I made my appointment a week prior. It then took 45 more minutes to for them to bring my car in and finish. $47 is what i was charged for something that is A: not that expensive (and Im fine with paying OUT OF CONVENIENCE) B: Takes only 30 minutes to do. Suffice to say this was the second time i brought my car here to be serviced and since the first time took an hour and 15 minutes this will be my last time returning to Delessio Chevrolet. 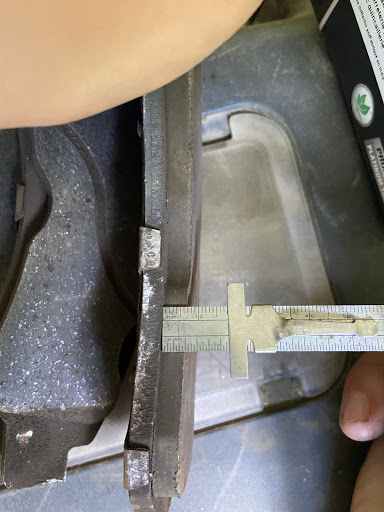 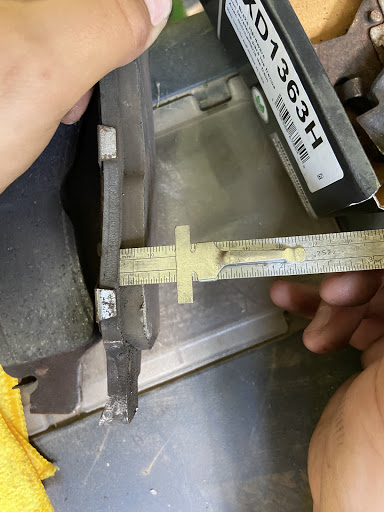 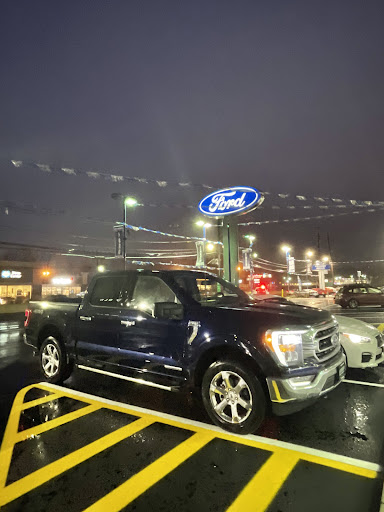 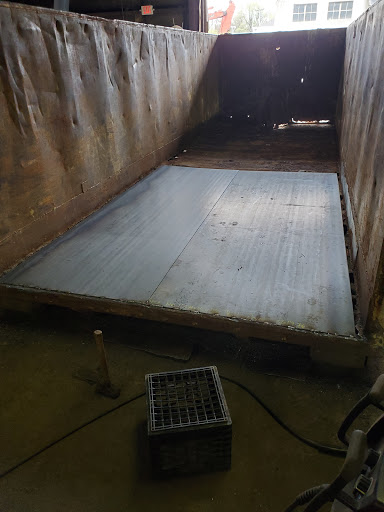 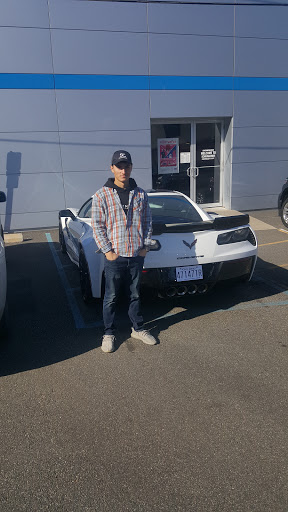 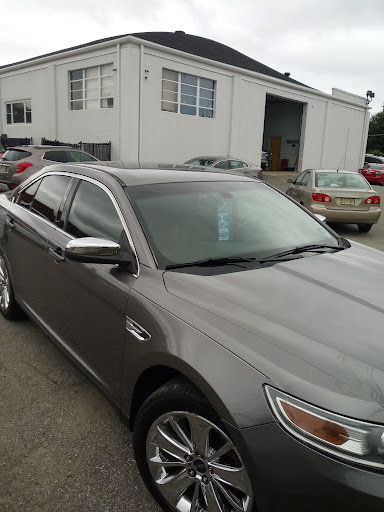 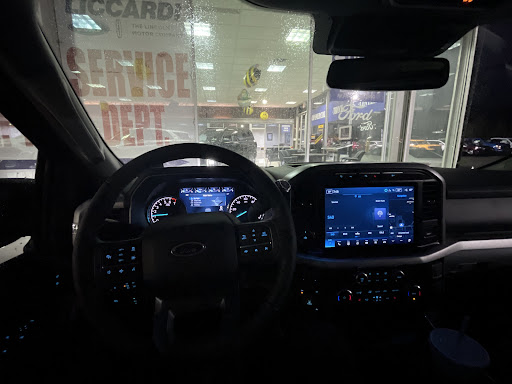 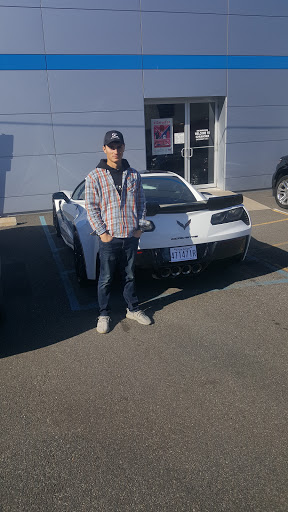 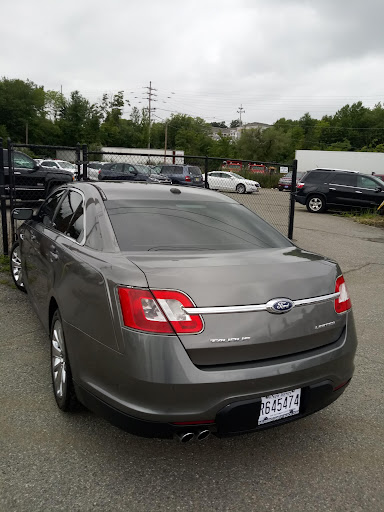 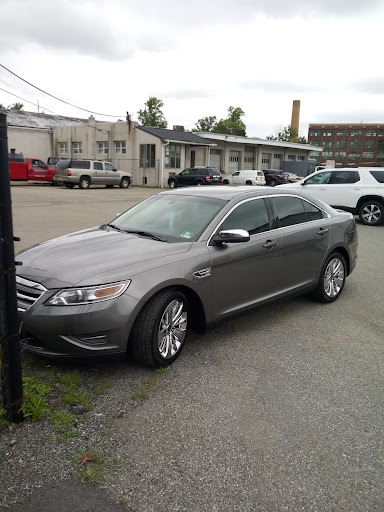 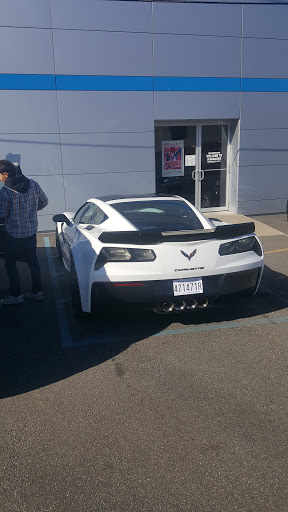 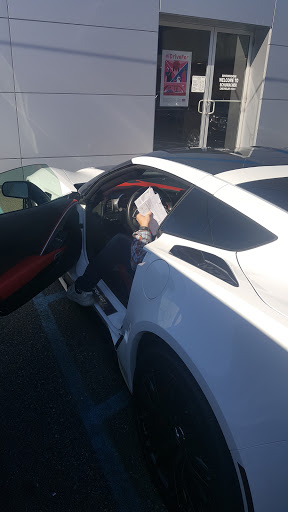 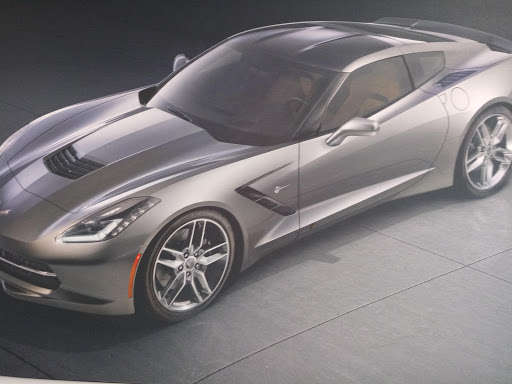 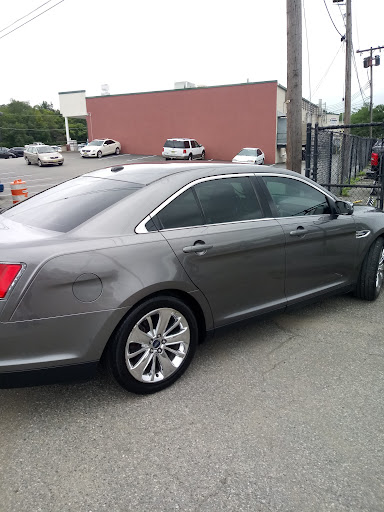 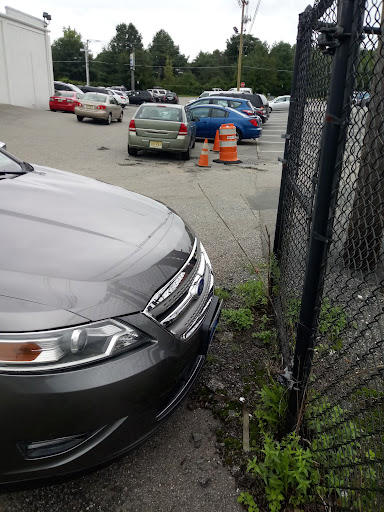 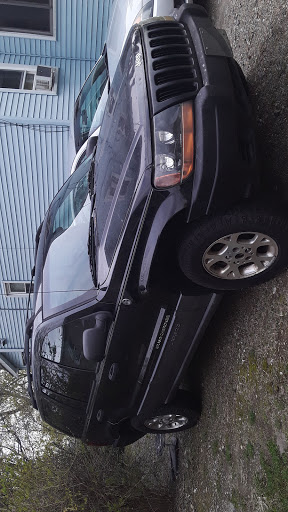 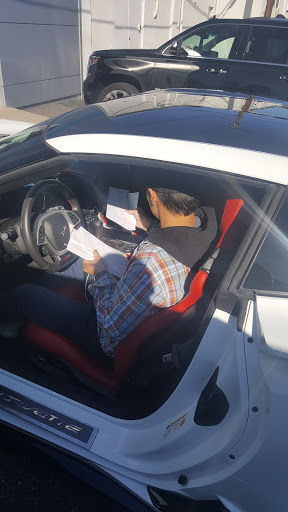 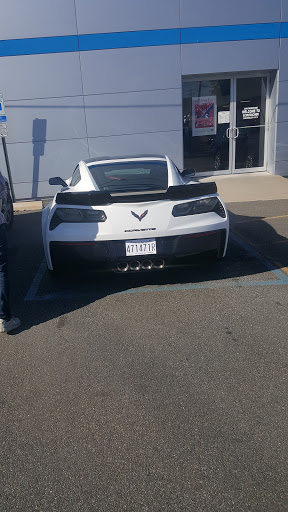 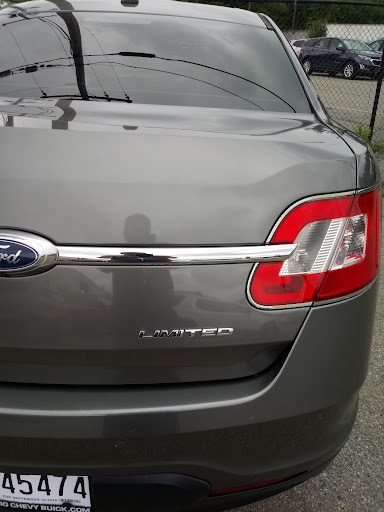 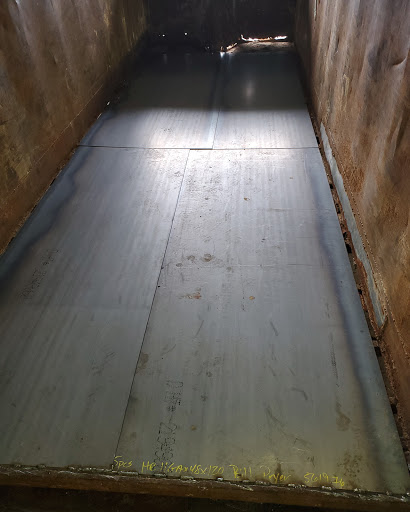 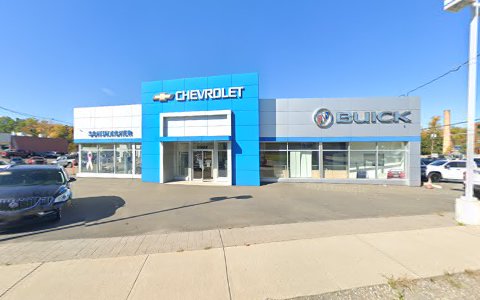