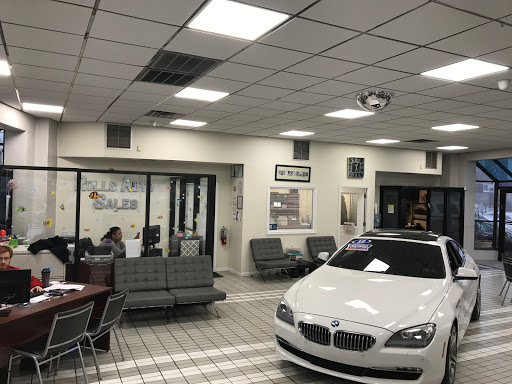 True they have nice cars, True they will work with any credit but watch out for the lies they provide in order to sell you the car/any car. In particular I speak of Gene, we did not associate with any other salesperson so I do not want to blame any other one but just want to warn you about Gene he lied to us about how much our insurance payments will be. He called our insurance company and did us the so-called favor of adding our new car to our insurance policy, stating it would be a certain amount a month for the insurance which helped us decide on taking the car. About 1 week later we receive our new invoice from our insurance company which stated that our monthly payments are actually over $300 dollars MORE than what Gene told us. Yes, I did call the insurance company to make sure it was not a mistake and they confirmed that the amount stated on the invoice is correct. I wonder if Gene even talked to ANYONE on the phone or if he made pretend he did!!!!! Just DONT go to Gene HE LIES!!!

Theyll definitely get you in a good car with bad or no credit but my experience was medicore and a little frustrating. Leo tried to sell my CTS marked up 5000 dollars from the market value. Thankfully im an informed buyer so didnt go for it and negotiated it down 4000.He tossed all his friendly customer service out the door when I called him on his bullshit with the price though then lied to my face about the GWC warranty and said that I HAD to get it to buy the vehicle I knew I didnt but it seemed like a good deal regardless until you get 3 pages deep into the contract where it states essentially that the warranty sold to you doesnt cover a majority of whats advertised. Its a simple 2000 dollar mark up purely used to generate revenue...so yes they did put me in my dream car but screwed me in the end with the contract. If you want a really good car you can come here but do you homework on the kelly blue book value and reject the paperweight warranty theyll try to force on you.

Very Upsetting!!!!! I WISH I COULD PUT NO STARS DOWN! WORST EXPERIENCE EVER I WOULDNT RECOMMEND NO ONE TO GO HERE! I RATHER GO TO A CAR DEALER IN THE HOOD THEN GO HERE! WHY EVEN LET A CAR LEAVE THE LOT AND MAKE PEOPLE WASTE THERE TIME & MONEY PUTTING INSURANCE JUST TO GET A CALL BACK TO BRING BACK THE CAR!!!???? "BILL" SAID ONE THING WHEN WE WAS THERE AND WHEN WE GOT OUT A DAY LATER WE WAS TOLD A DIFFERENT STORY AND HAD TO RETURN THE CAR.! THEN BILL HIT US WITH THE APOLOGYS TRYING TO WORK WITH US WHO WOULD WANNA EVEN TRY FOR A SECOND TIME IF THE 1st TIME EVERYTHING WASNT DONE CORRECTLY.!!! THEY WILL HAVE YOU IN THERE FOR HOURS JUST TO WASTE YOUR TIME!!! DONT DO IT! THE CAR HAD DENT MARKS ON THE FRONT HOOD AND NAIL POLISH MARKS ON THE OUTSIDE TO COVER THE SCRATCHES ON THE DOOR AND WHEN WE DROVE OFF WITH THE CAR IT HAD A HORRIBLE BRAKE SOUND. NO CAR SHOULD LEAVE A LOT IN THOSE CONDITIONS! Waste of time! BELIEVE ME!

If you are tired of being treated like a FICO score or have received inferior service due to a small down payment or just hate the over inflated importance of the giant car dealerships then I would recommend ROLLS AUTO. I was apprehensive about going into the city from the suburbs and expected to be led to a lot of over priced and beaten junk; a typical suburban attitude I will admit, but I met Michael and discussed what we were looking for and our price range and he showed us a wide selection of very nice vehicles. I was constantly anticipating the other shoe to drop when we picked out our car but the only thing I got was what I asked for. Michael was direct, courteous, patient and honest; a rarity in the car sales business. I look forward to purchasing my next vehicle from ROLLS and would encourage others to at least take a look; it is worth your time. THANKS MICHAEL!

At first I really thought these were good people to buy a car from until they kept trying to sale me a car I didnt want. The guy showed me a white hyundai sonata it was clean and nice in the inside but the outside had scrapes and dings and little dents. This guy had already decided this is my car without me even telling him I wanted it nor did I test drive it. Im a Muslim woman and I came alone, one of the few mistakes I made that day. Service for me was awful they only wanted to show me cars with dings and scrapes even after he told me my car payment would be about 400 a month. LOL I told him why would I but a vehicle with all these dings not scrapes that I didnt even make, and pay 400 a month? It just was getting ridiculous and after three hours of playing monkey in the middle I decided to leave. Worse car place I ever been too sorry but no thanks.

Was told the car we purchased was insured as we walked out the door. 2 weeks later my bro got in to an accident, went to try and claim it and was told he didnt have insurance. Sat around in this auto dealership for 7 hours and went over the paperwork what seems like a dozen times. Now everyone is dodging our phone calls and no one wants to help. Thinking about small claims court, since its illegal to let you drive off the lot without insurance, it wasnt our fault we werent covered. Despicable Also beware the reviews here. They sit and make you review it with them hanging over your shoulder before you leave, kind of pushing you to give them a good review so you dont get in to a confrontation or have them guilt you in to writing it being as they are "hooking you up" What a waste of time and money.

ROLLS AUTO IN PHILADELPHIA BE WARE THEY SELLING BAD LEMON CARS ALLOT OF THEIR CARS HAVE BAD CAR FAX SO IF YOU BUYING A CAR FROM THEM PLEASE ASK FOR THE CAR FAX BECAUSE MOST OF THEIR CARS ARE REBUILDERBLE CARS WITH FRAME STRUCTUAL DAMAGE I AM A VICTIM I BOUGHT A CAR FROM THEM IN 2012 I WENT LAST WEEK TO TRADE THE CAR AT A DIFFERENT DEAL I GOT A SHOCK OF MY LIKE THE CAR HAD TO BAD ACCIDENT WHICH THEY NEVER DISCLOSED IN THE SALE SO NOW THE CAR WORTH NOTHING BECAUSE IF YOU HAVE A CAR WITH A BAD CARFAX ITS WORTHLESS I CALL THEM THEY TOLD ME THEY CANT DO NOTHING ABOUT THAT SO NOW IM STUCK WITH THE LEMON WITH A DIRTY TITLE WHICH THEY SOLD IT TO ME OVER THE BOOK VALUE ,.PLEASE BEWARE STAY AWAY DONT FALL IN THAT TRAP LIKE ME THEY NO GOOD

I highly recommend Rolls Auto Sales! They are experts at professionalism and customer service! When I contacted Leo, I knew exactly what kind of vehicle I wanted and what price I wanted to pay. Although they couldnt help me at first, Leo kept working with me until he was able to find the PERFECT vehicle for me, which I absolutely LOVE. Even when I got stressed out by the process, Leo (and Heather), kept a calm demeanor and were able to explain everything to my satisfaction in a way that calmed me down and made me understand the process, which I highly appreciated. Again I highly recommend Leo at Rolls Auto Sales, I have recommended him to friends/family and I would definitely purchase another vehicle from him. 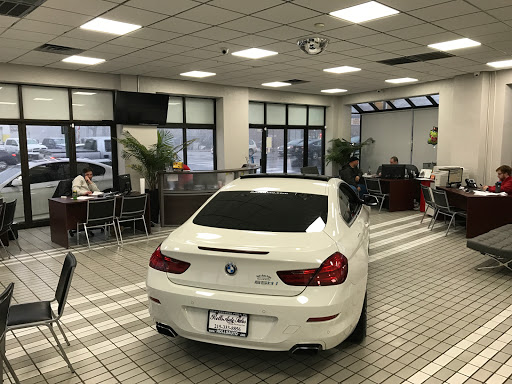 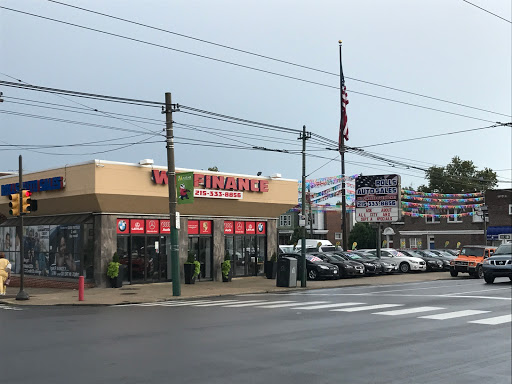 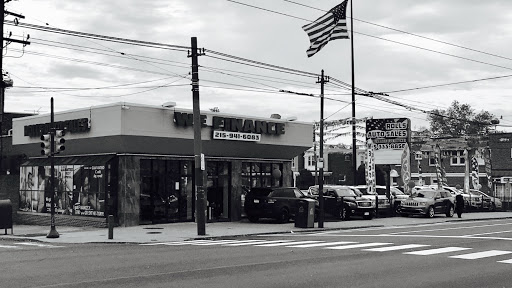 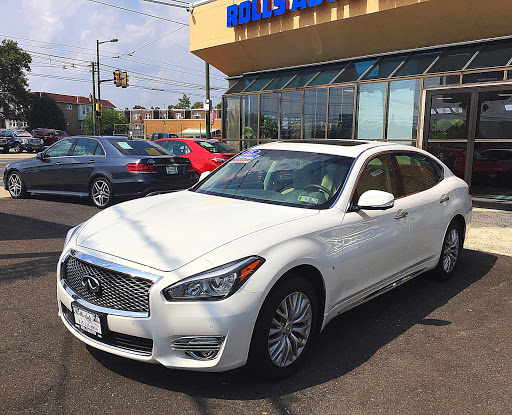 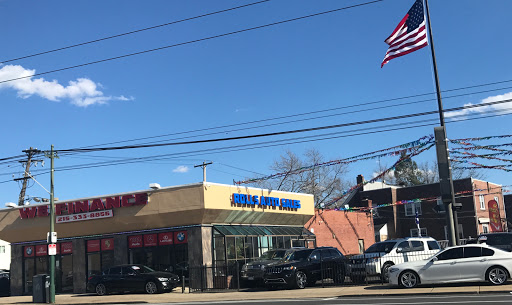 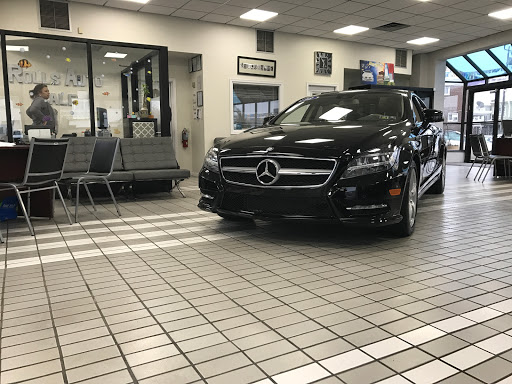 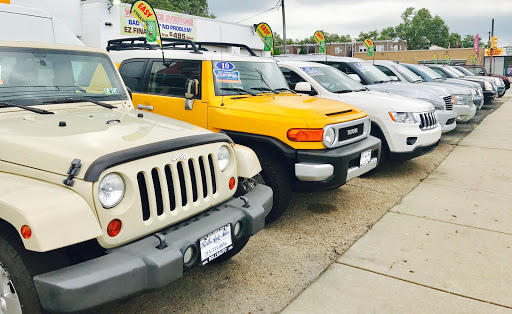 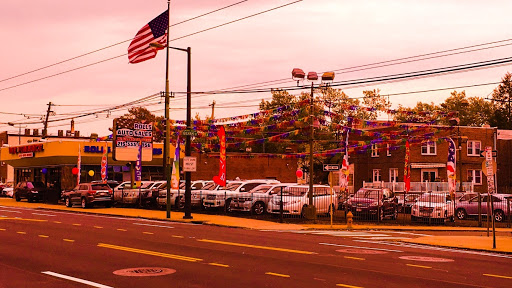 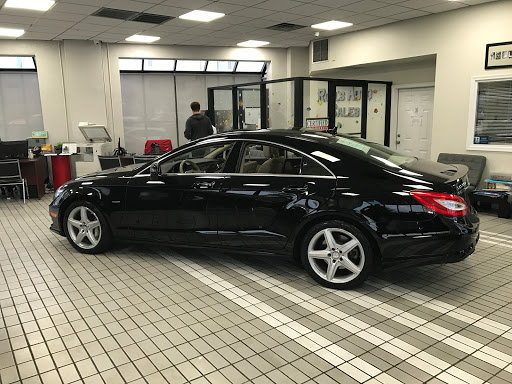 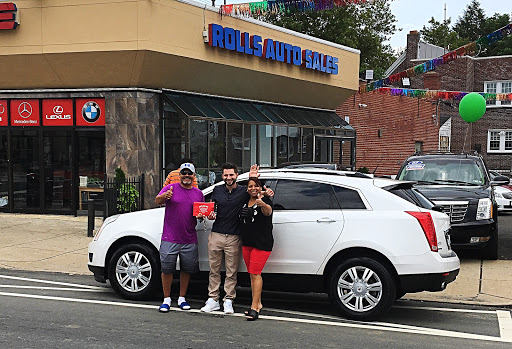 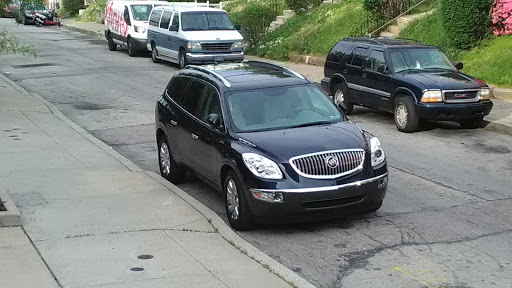