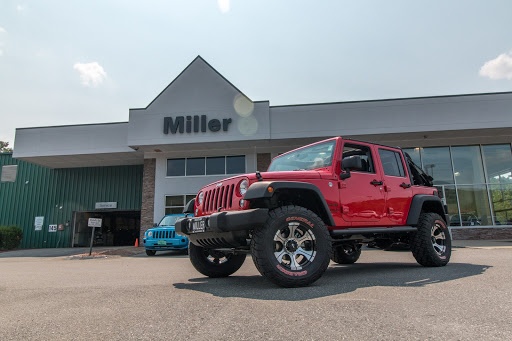 My husband went in to look at a car (not to buy, he just thought it looked interesting) and a salesperson came out and said they needed used trucks and would sell him a new truck at the same monthly payment. Later, he brought me there and we sat for 5 hours as they offered us cars, gave us one price, then got us in back to sign paperwork and offered a completely different price. When told we couldnt afford that, we were interested in what they could make work at our current payment, they brought another vehicle and did the same thing. We were never let out of their site to have any discussions about the vehicles or the finances in private. When we were uncomfortable with the payments and length of the loan, we were accused of coming in for the sole purpose of wasting their time and informed that this was their living and other people were waiting to be seen. We finally left, completely exhausted, starving, and felt like we had been beaten. They called back later and left a voicemail saying they had great news and a better deal for us, but even if they managed to come up with a stellar deal Im not working with these people! Yes, this is your living, but using bullying tactics isnt the best way to do it. Over the past three years we have purchased three different new vehicles, and every time the salesperson was 100% transparent about every facet of the cost of the vehicle, loan term, interest, and payments, and encouraged us to leave and come back after we had worked everything out on our own and thought about it and discussed it in depth. The time spent in dealerships for those three purchases combined was less than the amount of time we were babysat on the sales floor of Miller Auto, and we were always treated with respect and candor. It felt like at Miller they were trying to force us into something without adequate time to process the offer. Everything bad I had heard about this place was true, and next time were interested in a Ram were going back to the dealership in Claremont, even though its farther away.

Shopped around for a few months for a Jeep. I was in no hurry, I knew exactly what I wanted and there was very few compromises I was willing to make. Miller had exactly what I wanted, a used 2 door Rubicon with all the features and colors I wanted and the price was right. I went with the intent to purchase if it was as advertised, it was, the Jeep sold its self. On the test drive I noticed the steering wheel was off-center, I mentioned it to the salesman and he said they would adjust it while we did the paperwork. By the time I got home (Manchester) I noticed they over adjusted the steering wheel and now it was off center the other way. I also noticed the drivers headrest flopped around in the seat, the plastic rod guides were broken, not a big deal but it smacks against my head on rougher roads and is a distraction (like your kid kicking the back of your seat). I called and emailed the salesman and pointed out these two issues, had a few brief discussions. I even said I would take care of the steering wheel issue if they were willing to mail me the guides (cant be more than $30-$35) to save myself the trip and them the hassle. They were looking into it, never heard from them again. I didnt ask for much, I didnt even haggle them on the price because I thought it was fair. Im a good buyer, went in knowing exactly what I wanted, came to terms quickly, and was in and out of there and didnt waste anybodys time. The people were nice but honestly the Jeep sold itself, so for Miller its all about the service. They could not do the one minor thing that would have made this a 5 star experience. Maybe if I was local they would have done it to earn my oil changes or something, who knows. I love the Rubicon am glad I purchased it, but it might as well been bought off of Craigslist. Maybe the guides will show up before I get a chance to peel off the Miller decal, then Ill leave it on. BTW, I forgot to mention I was a few hundred miles under my factory warrantee expiring, those parts wouldnt have cost them anything.

We were baited into the worst possible transaction with the sales people at Millers. Right after you walk in the showroom, they take the keys of the vehicle you are want to trade in ..... and then the games begin. We took a test drive in a brand new car and ran out of gas on the way back to the car lot. My husband and the salesgirl had to push the car to the pump! Then they tell us what a good deal they are going to give us, blah blah blah... We felt like trapped animals. We told them what we wanted to get for our trade-in and what we wanted for monthly payments. We kept insisting we wanted to go home and think about it, but by about the 3rd hour of going back and forth with the "big guns" on the "deal", another sales person comes out and congratulated us on buying the vehicle. We were so beaten into submission at that point we didnt know what was going on. They coerced us into this lease that you cannot get out of to save your life. They were so much in a hurry to get us in the vehicle and out of there that they didnt even prep the vehicle with a front license plate holder or windshield wash... or even explain how all the bells and whistles worked. We were just as anxious to get out of there ourselves.... it was 6:00 at night and it was dark and we had about 45 miles to drive home. It went from bad to worse when we called them the next day after we came to our senses and told them we wanted to bring the vehicle back and retrieve our trade-in because we were so unhappy with what had happened. They refused to deal with us or even answer our phone calls. I even spoke with the owner one time and he was unbelievably rude and condescending. The fine print in the lease contract basically says you are stuck with what you got. It does not matter how smart a person you are because a scam artist has a lot of practice in deception. I could go on and on about these professional frauds but hopefully I have gotten my point across that this auto dealer should be avoided at all cost.

Watch your money and go elsewhere. You will be nickel and Dimed. I dealt with Jon the business manager twice. Buying the car and getting money refunded for unused portions of the extended warranty. When buying the car my wife and I were nickel and dimed down to fifteen dollars per month for a vehicle that was already $4000 over fair market value. Upon returning 8 months later, questioning the amount refunded to me on the extended warranty; it turns out the amount makes sense because of warranty I "purchased" was half over and started when the vehicle was new in 2012. I bought the car in late November 2015................The man stated we discussed this I think I would remember a conversation of fraud in the making. 1) Wouldnt I remember being told I am purchasing a 6 year warranty that in essence is half expired even before I drove in the lot, and starting a third party warranty for a vehicle already had a new vehicle factory warranty!!!!!!!!!????????? 2) Why would a "new car" (at the original warranty start point) need and extended one if most factory warranties include at least five years anyway???? I kept getting answers that made no sense. Compounding the fact that they cover up their misrepresentation by a question my memory. My fault I didnt do the research on car value because it didnt really matter other the level of patheticness, but actually, question my intelligence when I indeed caught you in the midst of a scam they probably pulled over on multiple people, is in itself disgusting. Do yourself a favor and find a place other than the Miller Auto Group. I eventually walked out because I am not going to have a revolving conversation of BS explanations. I didnt have the energy to keep having my intelligence insulted. I will be going to the BBB over this man who blatantly walks the shady line of business, and the blames you for being idiotic when confronted about it. I dont think so.