The Stone Crest store in Atlanta has the worst customer service I have ever dealt with. I have been getting the run-around for nearly 4 months just to replace couch cushions in which their own service tech documented as saggy, dropping, and lacks stuffing. Initially when I called in June, they said they could not help me even though I was under warranty since they had replaced my whole couch a year earlier. (My whole couch was never replaced, just the cushions) The first incident was when my chaise broke within 6 months of purchase and I had a tech come fix it in which he put extra brackets to hold it. 6 months later I noticed the cushions had begun to sink and when you sat on the couch you nearly dropped into it. I asked for replacement cushions and they tried to give me a whole couch which I refused and just accepted the cushions ( I did not want a new base because I had already had extra brackets for the broken chaise because whos to say the new base wouldnt just fall apart too.) So when attempting to call again regarding the cushions a whole year later because they had sunk AGAIN I was turned away and told I was taken off the warranty because I had a "full replacement" the year before. Which was NOT true. I never accepted the base, only the cushions which was all I had asked for in the first place. They finally agreed to replace my cushions and I have been getting the runaround since June and it is now the end of September. (If cushions sink twice in such a short time frame then your products are cheap, unsatisfactory, and not well made. I am 130 lbs and rarely have people over so I can attest that this issue with cushions is NOT caused by me. A manager even told me the couch I have, Grey Cordova, was having similar complaints and ended up being recalled and replaced with another version which also contributed to the length of this whole ordeal.) When arriving to my condo they told my guard they had a whole couch + base, not just cushions and when I called dispatch, Alisha, said they could not just give me the cushions (though that is what had been requested and noted on my account since June) and she said they would just be moving on to the next stop. She lied and said my guard would not let them through the gate, she lied and said I turned them away. I called management and they said they would have dispatch turn them around/ I called the driver on the same number he called earlier to inform of his arrival and he said he wasnt the driver and then hung up on me twice after I attempted to call again to see if they were coming back. They never came back. I have been waiting on replacement cushions for months! I still have a dilapidated couch that is barely even 2 years old. I will never shop with AMF ever again and I will let everyone I know NEVER to purchase their products again. I know they are a subsidiary of Value City and I will also let people know to not purchase there either. Ive made a formal complaint against Alisha and the driver and the store for this mess that happened today and the last 4 months, which has caused me to miss work multiple times waiting around for techs and people to call me back. In addition to the complaints I will be making on Yelp, Google, and any other public site I can find, I will also be filing a complaint with the Better Business Bureau.

Although I cannot give a five star review due to the terrible time I had dealing with customer service in the two stores I communicated with, the actual delivery team of Alex, Mark, and Kenny ended up being great. They came within the promised time window, communicated well on the day of the delivery, were quick to move the furniture, and were quite helpful in getting everything settled perfectly. I appreciate their positive attitudes and kindness throughout the process! If it wasnt for the eventual efficient delivery, my review of ASF would have been much worse. I had to call multiple stores repeatedly to get information about my order and was told on multiple occasions that I would receive a call back, but never did. I was lied to repeatedly by folks in customer service about receiving my entire order by the "guaranteed" date, as the "guaranteed" delivery date ended up being only a partial delivery of my order. Im just grateful that I eventually got all the pieces in good shape and moved in.

Eddie, CJ, & Anderson were AMAZING! First off, my delivery window was between 11am-1pm. I got a phone call around 9:30am saying that they were less than 10 min away. Surely enough, 5 min later they were here! Was even more impressed that they were done moving my bedroom set (plus piecing it together) by 10:30am! Done 30 min before the actual delivery window time??!! Lol... alongside with there professionalism, speed, knowledge on furniture placement & set up! I am definitely going to recommend anyone that needs advice on where to go for the best quality of furniture, but most of all "TOP NOTCH CUSTOMER SERVICE". My heart goes out to American Signature Furniture! This is no exaggeration when youve dealt with low quality, unprofessional businesses! So thanks again to everyone that played a role in my process of getting the furniture that suited me. A special special thank you to the wonderful delivery crew! Go CJ, Eddy, & Anderson! Just outstanding!!

I wanted to take this time to give a great review for the American Signature store located in Lithonia, Ga. From the moment I walked into the store for purchase, up until the delivery of my furniture, I have had amazing customer service. The sales Rep Rhonda and manager Joe Lane worked diligently to locate various pieces of furniture that were out of stock. I was given updates on arrival times and needless to say when my furniture finally arrived, I could have not been happier. The quality was on point, delivery staff were on time and the communication aaa great. This day and age, good customer service is hard to find. Im here to report that American Signature has still got it!

Purchased a Living room suit and from the start to finish, I was treated like they wanted my business. My salesman was patient and let me browse the store. Was never pushing me just for a sale. William Brown was my salesman and I recommend that you ask for him if youre ever in the Mt Zion area in Morrow, Ga. My delivery team was also patient and understanding. Plus, they were earlier than expected. The team of Mark, Kenny, and Corey were great. They explained everything and put the furniture where I wanted it. Couldnt have asked for a better team. I Love American Signature and will be doing business with them again. Thanks again for everything.

Our delivery guys, Eddie, Wilson and Andy, were great. Very courteous and quick. No complaints with them. However, after getting several calls about our delivery date changing, items we didnt order, and our bed being out of stock, it was disappointing that our bed still couldnt be installed because the footboard was missing screw inserts. And to top it all off we just checked our adjustable base and the foot massage isnt working. Weve ordered from AS a couple of times before but this experience has by far been the worst. If it wasnt for the delivery team and our great salesman, Clinton Dayes, we probably wouldnt buy from AS again. 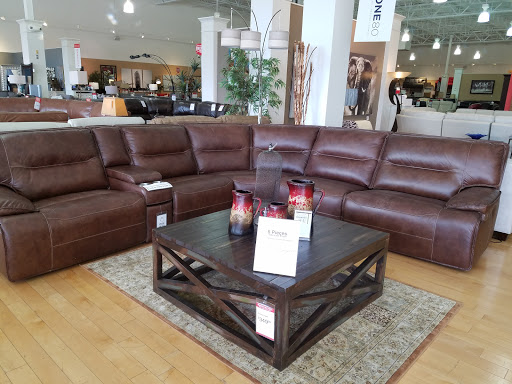 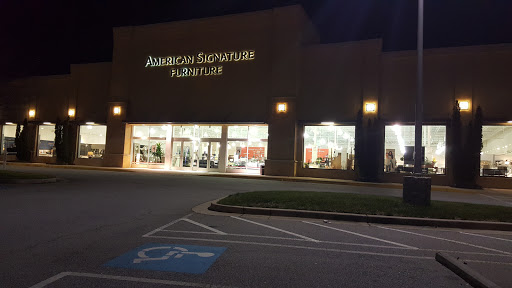 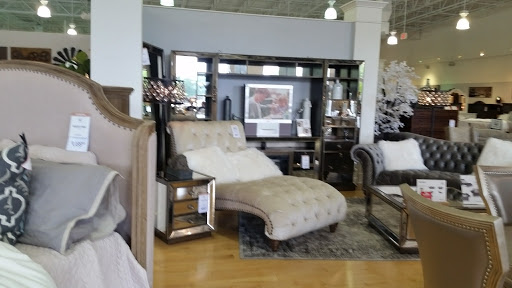 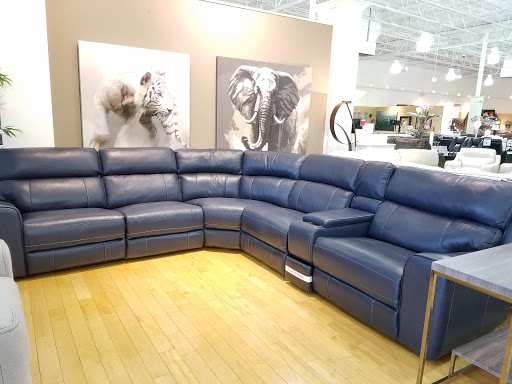 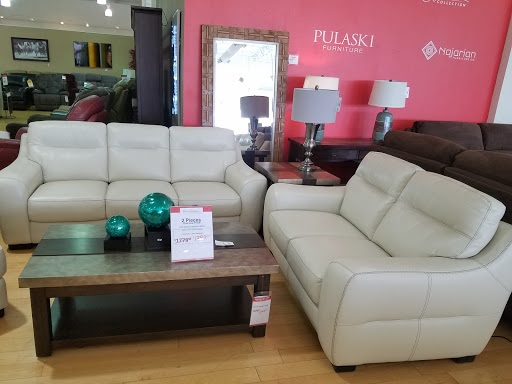 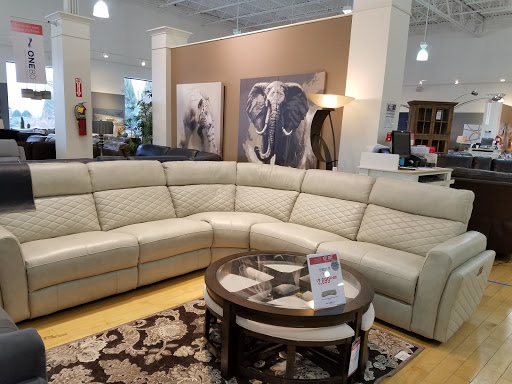 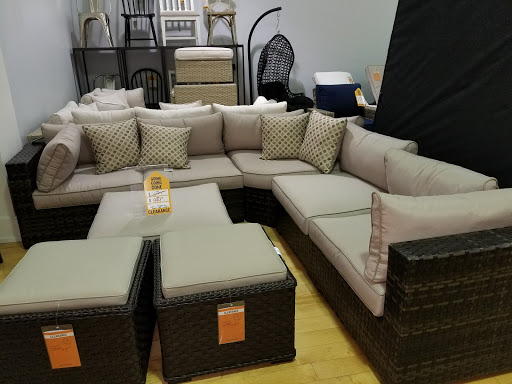 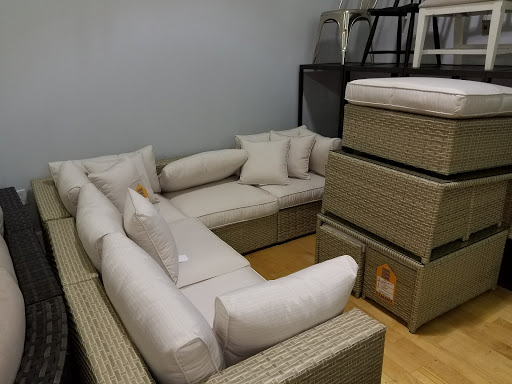 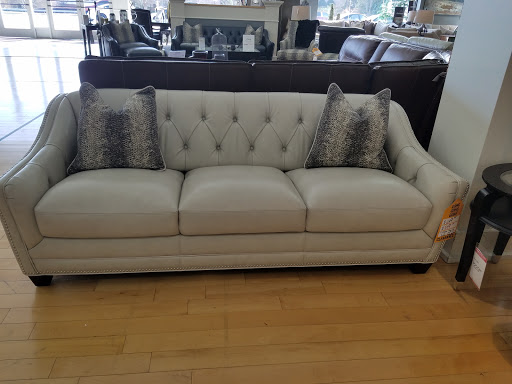 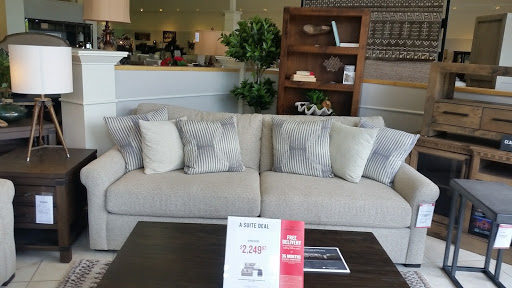 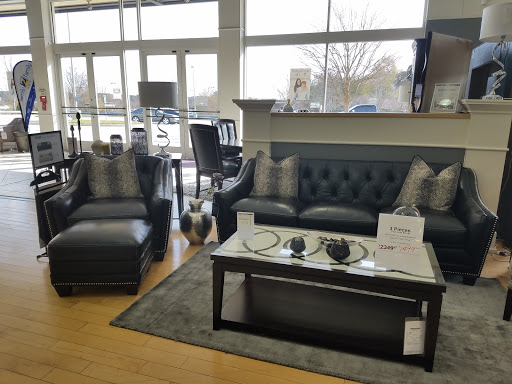 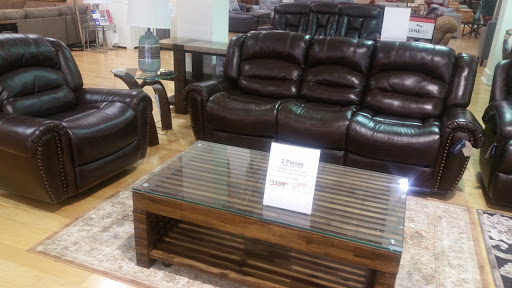 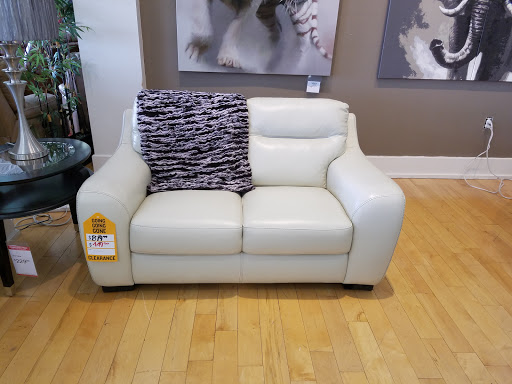 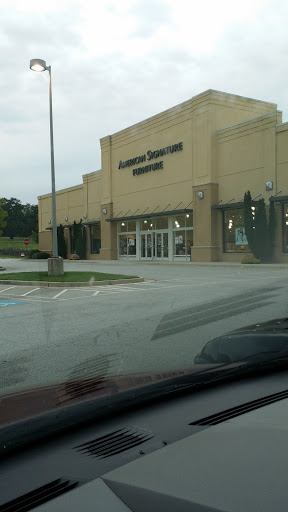