I bought a 2007 Nissan Murano with an extended warranty, within the first day the car had problems, I brought the vehicle in multiple times it has been to Sutherland Nissan and their shop twice. They have tried minor fixes and nothing has settled the problem, I had to pay for my rentals when I was told that they were covered beforehand, they told me they did all types of work to my vehicle out of good faith because my warranty will not cover it as they were maintenance items such as the power steering engine and transmission. I received my car and all the problems are still there I went in multiple times literally more than 5 they told me they have tried everything that they can. I was told to call the owner and I tried I left multiple messages and no return phone calls, finally I called off a different number and he answered, his name is David Vatland I explained to him my situation and he told me out of good faith he replaced my injectors and did a fuel injection cleaning that my warranty did not cover, I explained to him that didnt fix the problem, he rudely interrupted me and told me that and I should have bought a better warranty package, I told him I got the Platinum one that covers 95% of the car, he laughed and said I should have got 100%warranty and not the 95% one he then told me he was in Africa and on vacation and he doesnt have time to deal with this right now.He then told me he does not want to deal me with and to not call him, isent the car to a local mechanic and he took out the spark plugs that were supposedly replaced and showed me how disgustingly dirty they were, the power steering is still leaking the transmission is going to need to be replaced and the temperature gauge shoots all the way too hot, Ive literally brought the car into Vatland Honda more than seven times and I was patient and polite these people will say anything for sale, initially i did not want the Nissan but the used car manager explained to me he knew the people personally that traded it in, in it was in great condition, that was a lie they did such a crappy job of cleaning out the car before hand the old owner left his registration in the storage box. I contacted him via Facebook and he told me he traded it in because it was having so many problems. I advise to go somewhere else. If anyone wants to see the time stamps and dates and photos let me know I had problems from day 1, not 4 months down the road. I wasted 10k. The car does not run I bought it 38 days ago it sits in my driveway cause I dont have the money to fix it and they wont do a thing. My warranty is a joke. Just a wasted 3k cash investment I cant get back even tho nothing has been clamied.

I moved to Vero Beach three years ago from Georgia. I had purchased a Honda Element 2007 from CarMax in Atlanta 2012. Vatland Honda service department has been unbelievable in their care and maintenance of this vehicle since the move. Well earlier this week (March 29-31, 2016) my wife and I started to talk about trading in the Element for a Pilot. We checked the CarMax site on Tuesday night since I had a good experience when purchasing the Element. We talked about five we were interested in. Just before turning for the night I stated why not look at the Vatland site since they would be the folks to service the new vehicle.So on Wednesday I looked to find a couple there we would like to see. While the Vatlands site I requested estimate on the possible trade in value of the Element. I filled in the questionnaire (real easy and simple). I also added in the notes that I would be in the service center on Thursday morning, 8 am to have a window fixed. So I arrived and was sitting in the waiting room when I observed one of the sales staff with clipboard looking over and in the Element.. Less than an hour I was down and back out doing other errands. I got a call from Vatland sales about my request for a estimate. I made a 2 pm appointment to stop and and see what they had to say. Once I arrived I was met by Jacques Pons, Sales Consultant. He took me out to the available Pilots and we chatted and he went to get a set of keys for a test drive. The drive and vehicle were GREAT, a 2015 Certified Pre-owned Honda Pilot. Now I figured it would be at least a week or two before we got everything looked at the various dealers, so I was not in a big rush. No pressure, hype or arm twisting took place, just conversation with Jacques, a fellow who seemed like a old friend. I had planned on taking money out of savings to pay off the Element to make any trade in bearable. I had a figure in mind what we would pay for the right vehicle, (low mileage, not too many extra and a ball park for total cost). Well Vatland Honda, Jacques Pons and the rest of the sales crew BLEW MY SOCKS OFF with everything they offered, trade in, price tag and on a PRIME model with way more bells and whistles that we need (but love to have). Needless to say in about three hours time, I now have that 2015 sitting fully registered in my driveway. I still dont believe it happened or how they managed to make such a fabulous deal. but they did. I loved the service department but can add that the sales department is the best I ever have dealt with EVER. on a scale from 1 to 10, they get 15 THANK YOU!

I am appalled by the way I was treated by Vatland Honda and particularly by a salesman named Brandon. I leased a brand new Honda Civic and was given the keys on the agreed condition that I get my license immediately and send them a copy. Well I did as they said and gave them the copy that day. I used an alternative address (parents house) in Vero because that is where my mail was still being sent as it was my address before I moved. I needed the mail in my name to get the license and and I had never switched over my old bills (because I pay online) and all new bills to the new home went in my wifes name . Brandon called first and was extremely rude demanding that I get my license changed because the financing would not be approved with the current address. The next business day I had not gotten it switched and Brandon was furious. He busted into my parents business and demanded to speak with me or the cosigner of the lease. He literally opened a random door and walked into someones office with whom had no business speaking with and harshly interrupted them to give his demands. After this he spotted my wife in the parking lot and rushed toward her . She told me that he was aggressive and threatening when he told her my license needed to be changed immediately or he was taking back the car himself. It was as if Vatland Honda of Vero had dispatched a hired goon to intimidate me and my family and subsequently the employees of my parents business. It is also worth mentioning that before any of this happened my impressions of Brandon were not good. Not because he was intimidating anyone (yet) but he was simply arrogant, untruthful and pushy as a salesman. He told me my Honda Civic EX had 195 hp and when I looked it up I saw this was not the case. The next day I saw him and asked him if he was sure this particular car had 195 hp, and again told me yes, I told him I read otherwise on Hondas website and it was closer to 140 hp and he said "nooooo way, Ill have to check on that". He never got back to me and the car of course has 143 hp. I live and work in Vero and if when my lease is up, I desire another Honda, I would drive to Maine to get it before giving my business to these people. 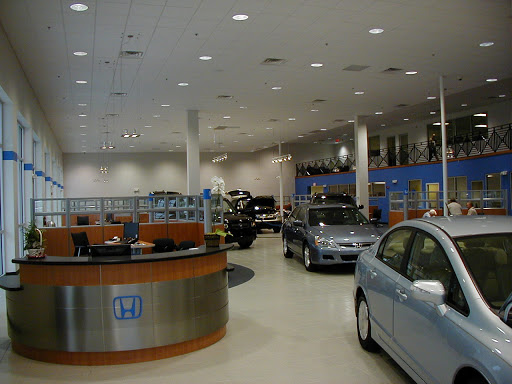 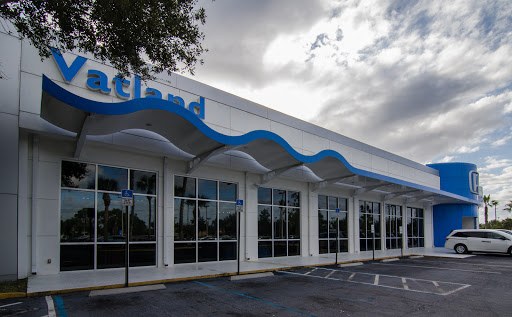 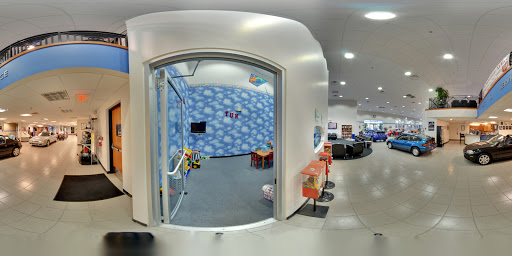 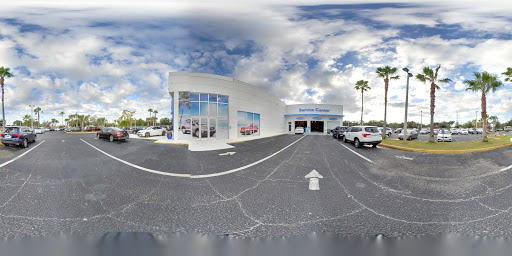 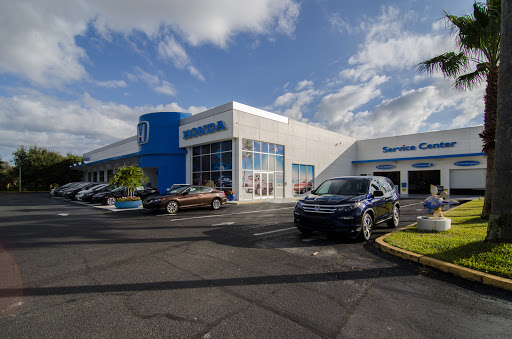 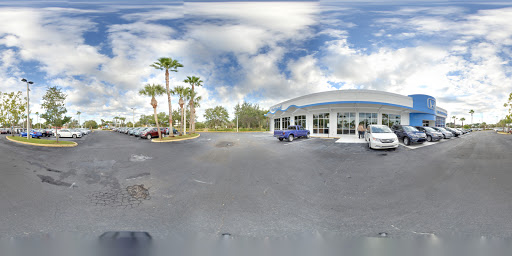 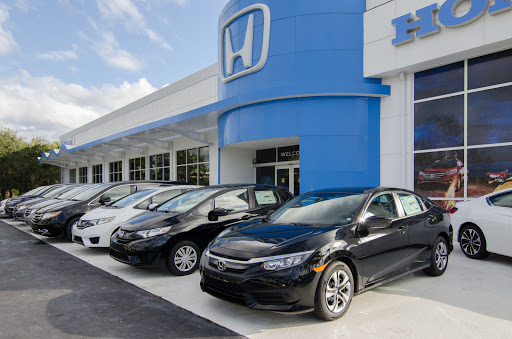 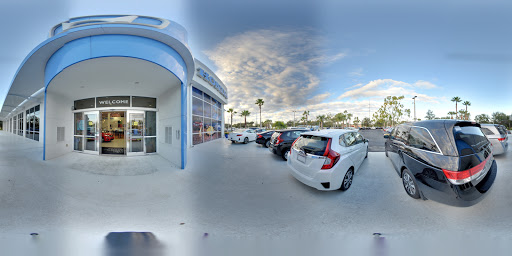 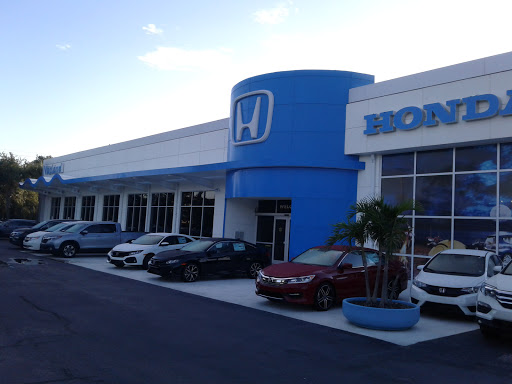 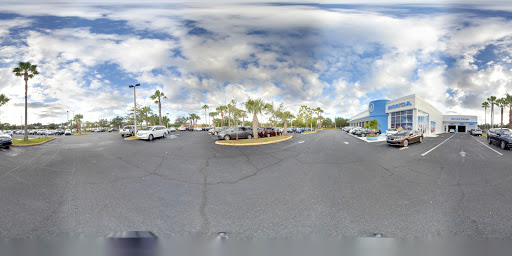 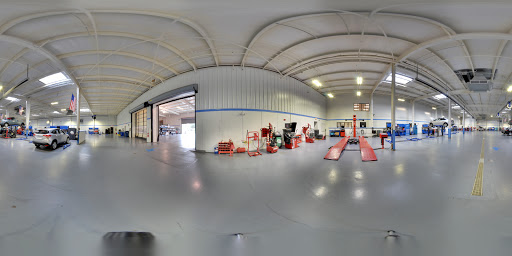 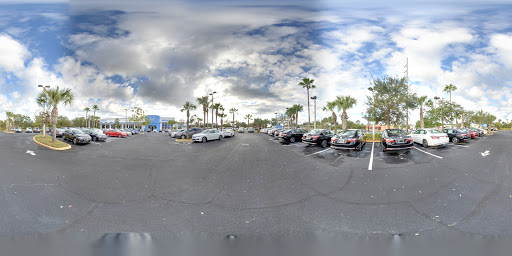 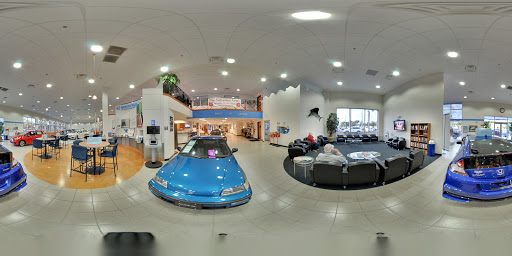 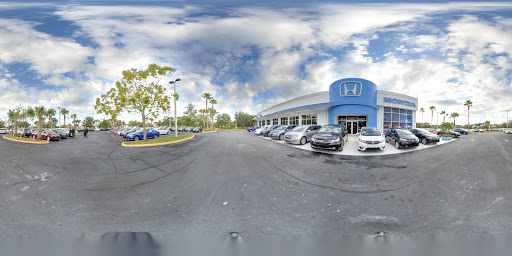 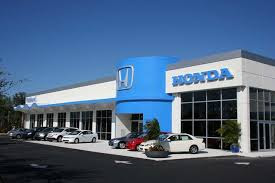 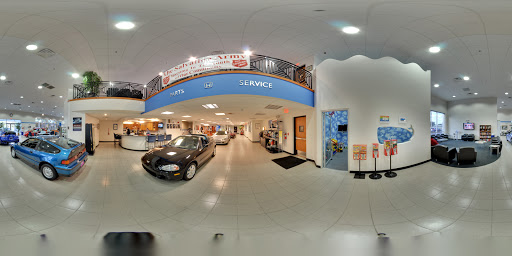 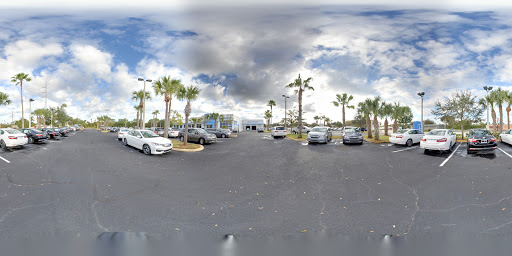 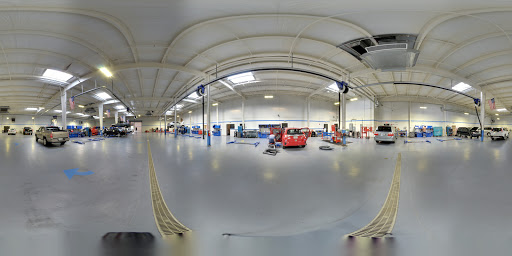 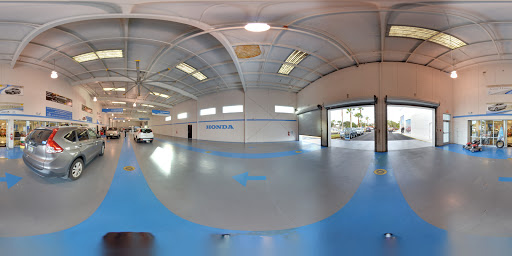 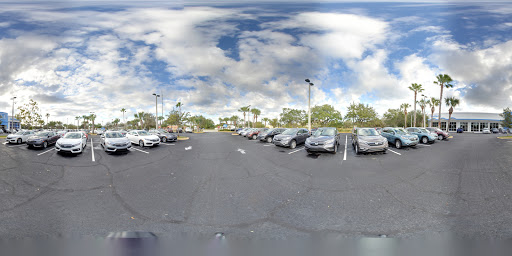