My experience with J.D.Byrider, Euclid, OH, started February 2015. My brother, had financed an automobile from them, and due to his death, I took over payments and kept the car, because of my brother. My experience started off difficult, I was mourning him abd trying to continue with life the best I could. Not knowing his pay schedule or the payments owed monthly, I received calls, and semi threatening messages......I soon got the calls to stop and everything I needed was explained to me by a young woman named, Melissa. The forming of this relationship was God sent, Melissa and I worked great together. Shes a beautiful spirited young lady, and she was compassionate/sympathetic, understanding to all I was going through at that time in regards to the death of my brother. Since February 2015, I worked with an attorney.....my brother didnt have a "Last Will", so probate was next.,Changing the title over from my brothers name, to mine, was a chore, but Melissa walked ne through everything needed and it was finally done (smile) J.D. Byrider (Euclid) has been very helpful in every aspect, from the handling of my brothers death, to the finalizing of the title change over, my experiences have been great. All the people Ive dealt with at J.D.Byrider (Euclid) have been exceptionally helpful, from the Manager, Melissa, the service department, my complaints are non-existant!! Its a great business, great people, great service!!! My credit was reestablished, I have a car that I LOVE (my brothers prior) and a memory daily I enjoy!! All this has been made possible, because of the excellent service, and professional attitudes of everyone I experienced at J.D. Byrider. Greatly appreciate all I have encountered!!! Especially, Melissa!!!(smile) Thank you, for everything!! Jean L. Jennings-Anderson

these reviews have to be fake, the one Im euclid oh is horrible. Customer service is terrible they have no remorse for their customers if you are one day late on a payment they harass your family members who you didnt use as a reference. When I got a 2009 jeep from them about 3 months ago a few things recently needed to be done which they claim (Fred) was all covered in the warranty. Anywho the breaks went bad and I took it to them the Caucasian guy who is the manager of the service department was unfriendly an not understanding that I was sold a car with major issues that should have been fixed before point of sale whick I put over $1500 down on. plus the car also needed a oil change which they cover..... took it up their to get one the same Caucasian man in the service department tried to argue with me about how it didnt need one until I showed him the signal blinking on the dashboard they clearly said OIL CHANGE!! then he eased up and did what was clearly needed. So after they claimed they fixed my got it back after a long weekend and a day the breaks had air in them and slides time to time which Im paying $400 a month for. Tom who suppose to be my account manager dished me out to this lazy eye rude guy Im not going to get into that!! Fred just wanted to make a sell DONT TRUST HIM!! THIS CAR LOT IS HORRIBLE RIP OFF DISRESPECTFUL RUDE. THEY GO THROUGH A BOOTLEG BANK CALLED CNAC ive had car notes with bigger known banks and was treated with top notch customer service!! id rather pay $ 600 to any other bank for a car loan than pay them 1 CENT!! I REGRET THIS ENTIRELY!! PLEASE LOOK ELSEWHERE!!

DAMION IN THE NCO FINANCIAL DEPARTMENT NEEDS TO BE RAISED BY HIS MOTHER ALL OVER AGAIN. I can afford my payments, and I pay on time. Or no later than the next morning if my bank was closed when I got off work the night before. He CALLS MY PHONE AND MY FIANCES PHONE EVERY OTHER FRIDAY FOR NO REASON AT ALL BUT TO BE AN ANNOYING LITTLE BOY WHO MUST BE UNDER PAID. Fred was my Salesman and was amazing from day 1. THEE ONLY reason I went through JD Byrider was to properly rebuild my credit, which I am still doing. I actually like my car and have had it almost 2yrs now. THE ONLY PROBLEM IS THE LITTLE BOY DAMION, WHICH I AM TAKING ACTION AGAINST FOR HIS CONSTANT HARASSMENT! His supervisor Aaron was aware of this as well. WHEN I FIRST BOUGHT THE CAR I ASKED AARON TO PLEASE GIVE MY CASE TO ANOTHER EMPLOYEE. When I had to go up to the building to complain since no one was taking me seriously on the phone, they all just looked at me as I was nicely complaining, and DID NOTHING!! 2YRS LATER THE DOUCH DAMION STILL CALLS! Not only did he call today, in the middle of my work day, he also hung up on me 4 times when I asked him not to call my phone unless something is wrong with my car. EUCLID NCO GET RID OF THAT PRICK OR I WILL HAVE IT LEGALLY DONE ANOTHER WAY!

Will is an unprofessional child. He doesnt have to call and harass me about a payment that I know is due. When I asked why he was calling me on my only day off he told me he wanted my payment in before 5. When I explained I use the app to pay and have never been late on a payment he yelled at me and insinuated that i was the ignorant one. When I finally hung up on him he continuously called me back and texted reminders to my phone. If anyone asked me if they should get a car from this business I would say absolutely not. The first car I purchased with them I had no issues but this latest car experience has shown me JD Byriders true colors. When I got my car it had a leak in the tire that they told me was only low because "kids walk down the street and let the air out of their tires" a week later I had to bring it back because it wouldnt hold air and they acted like there was no prior knowledge of this issue. Nothing is really covered under their warranty and my check engine light has been on basically since I got the car. The inspection they did to this vehicle is strictly to ensure they can screw over the customer. Do not fall into the JD trap!

Long story short ..... Not only did we pay 2x over blue book value. One month later the Van mysteriously was full of rust. (almost like they spray painted over it.) We drove around a over priced rusty 2005 van that was in previous accidents...(carfax from them reported zero) I was shocked to learn this when my wife hit a deer and it showed up on my Insurance report! Please think twice before you choose this place. Also Please J.D. Byrider dont respond that your sorry...My wife tried to tell you (Jonathan Dowdell) she was unhappy and to no avail.....Just thought I should share my experience. Hopefully it helps someone.

My salesman Jeff was great and the service department was great my BIGGEST issue is with Damon in the finance department he is the biggest butt hole you will ever run across. Never nice just someone you dont wanna run across. I hate that I have to deal with him. A true jerk! And the cars are seriously over prices I mean double or almost triple what theyre worth then about 6,000 in financing on top of that. They cut you no slack and are so money hungry so I would say dont come here unless youre DESPERATE and you have 0 other options or else you will be paying on an 2008 or older car for atleast 3 years. 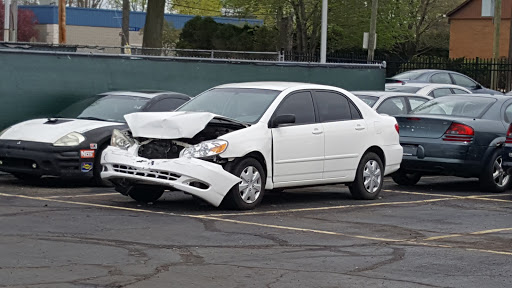