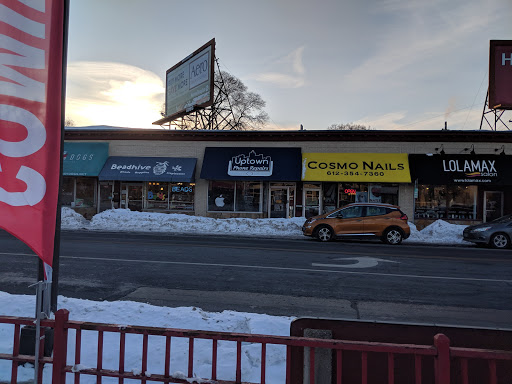 *PLEASE READ* My wifes screen cracked on her Samsung Galaxy S7 and we brought it here to be fixed. The quote was reasonable, so we decided to go for it. The man who worked here said it would be ready in a day or so. We set up a time to meet the next day, which I left work early to meet, and he never showed, claiming that something else came up. So I picked up the phone the next day. The phone worked fine until a couple weeks after, when the screen started having dark spots randomly (as if there was too much pressure put on it), and then it eventually was completed covered in darkness and would not respond. We took it to another repair shop. When they took it apart to assess it, they showed us the repair job that was done on it by Uptown phone repairs. First, the screen they put on was aftermarket (not factory like he claimed) and VERY low quality. Second, the adhesion that he used to attached the screen was of the wrong kind and quality, and the entire job of application was shoddy. This caused the glue to exert pressure on the screen and cause the problems that we saw in the weeks following, eventually breaking the screen. The new repair shop told us to take it back and see if they would refund us or repair it again for free, since it was such a terrible job. When we spoke to the same guy at Uptown Phone Repairs to explain all of this, he denied any of these things, EVEN THOUGH we showed him the phone and assessment provided by the new shop. He refused to replace the screen or refund us any money, even though he scammed us with the original screen. They entire time he was rude, and made it seem like we were causing him an inconvenience. We wound up getting the phone repaired at the new shop for a little bit more money, but was done with much better quality and has not had any issues. DO NOT BE DECEIVED BY THE INEXPENSIVE PRICE AT UPTOWN PHONE REPAIRS. The quality of the screen AND repair is sub par, and it is worth your money to take it elsewhere in the first place to have it done right. Do not bring your business to uptown phone repair, they do not care about the customer or the quality of work they perform.

I had my Moto X Pures screen repaired here twice. I appreciated that Eric (Uptown Phone Repair/UPR) had the Moto X Pure screens on hand while most larger businesses had already phased those out. Uptown Phone Repair also didnt have the get-in-get-out rush and I was able to ask a lot of questions and learn a lot about the business. I review three stars because the second time I got my Moto Xs screen repaired here the screen cracked again later---without me dropping it or any excess wear and tear. However, this was the 21st Moto X that UPR had done and the only failiure. This means that the fail rate is 1/21, which is statistically insignificant (p < 0.05). Essentially, UPR is still pretty good.

I have never had to deal with cell phone repair until a week ago, when my phone went for a ride on the hood of my truck. Luckily, only the glass portion of the front shattered, and not the touch part. Calling 10-15 shops around the city, they all wanted to replace more components than needed for a price that ranged from $200-$450 and would take a week since they had to order the screen first. Uptown Phone Repairs had the screen in stock (Galaxy S7) and was able to fix it in one day at a fair price by only replacing whats needed-- the glass. I now have a shop where I will take my future phone servicing to and will recommend to others. Thanks again! Julian

Highly recommend!! Called for pricing and thought it was too good to be true. I had called several places before hearing of this shop from a friend who has fixed my phone before so I trusted and valued his opinion/referral. Eric was great; nice, and to the point. Said it would be about 25 minutes and I think he was done in ten. Phone looks great, best price in town by far, prompt service. I hope everyone with a broken phone lucks out like I did and finds this place before wasting money elsewhere.

The gentleman at the kiosk was very polite, helpful and although it took a little longer than he estimated, I thought that they did a very good job. He noticed that his first fix left a discoloration on my phone screen and took the time to replace it with a second screen just to make sure he didnt install it incorrectly the first time. He offered me a free screen protector film for waiting extra long - hopefully I dont crack any more screens, but will come back to these guys for future services.

Eric is great. Hes highly informed, he explains the issues going on with your device clearly, and tries to find reasons to try not to take your money if you dont actually need a repair. He diagnosed the issue with my Nexus device dead-on accurately, and completed the repair exactly when he said he would, without over-promising and under-delivering. On price: top-notch service at a very reasonable price. Seriously, dont buy a new phone you dont need, give him your money instead.

Was told in his email aND his add that my note 4 screen would be 20 min and so I booked appointment. Well I show up a bit early and here there is nobody around so finally he shows and takes 3 other phones says 20 min guys. Then looks at me and goes sup. I say Im here for the note 4 that made a appointment he says it will be a few hours and reaches for the phone. Looks like he just cam from a beach. Wasted my hour drive has no care that his add is misleading avoid this guy

Eric was SO helpful! Thank you so much. In town for the weekend and my phones LCD screen shattered - brought my Samsung Galaxy S5 in and Eric had it fixed in less than 2 hours (there was someone with an appointment ahead of me). Then, when there was a software issue that came up afterwards with text messaging (which he had never seen happen before), he was able to fix that too. Reasonably priced as well. Highly recommend!

I was very upset when I cracked my phone not once, but twice! Brad took the time to ease my frustrations and fix my phone in no time at all! Pricing is affordable even for a single mom like myself. These guys know what their doing and customer service is a 10/10! I would recommend them to anyone who has the misfortune of an electronic mishap!

I was traveling through Minneapolis and needed my phone fixed fast - all I can say is Eric was totally professional and replaced my iPhone 5 screen in 15 minutes and at a very reasonable price. I told him Id seen Claudias review and he said he was still waiting for her to collect her phone - crazy. Anyway you rock. Thanks

Great service, great product and a very affordable fix. Eric was super friendly and was able to fix my broken phone screen in a very short time. He even put an extra protector on my phone screen. Cross my fingers I dont break my phone again, but if I do, Eric will be the first person I go to, for my phone to be repaired. 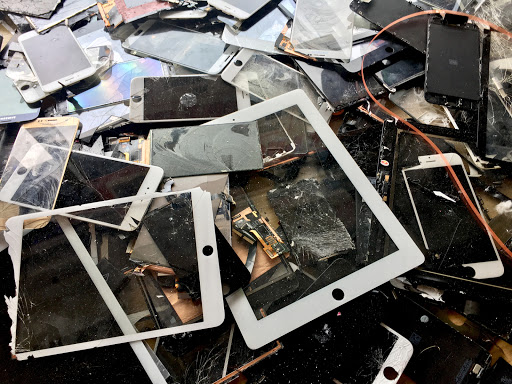 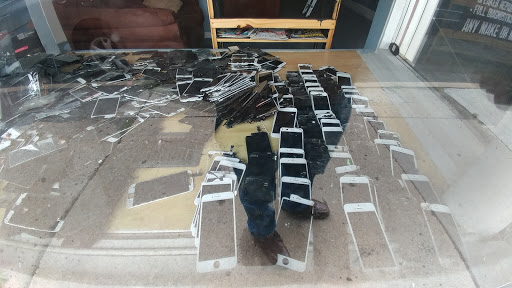 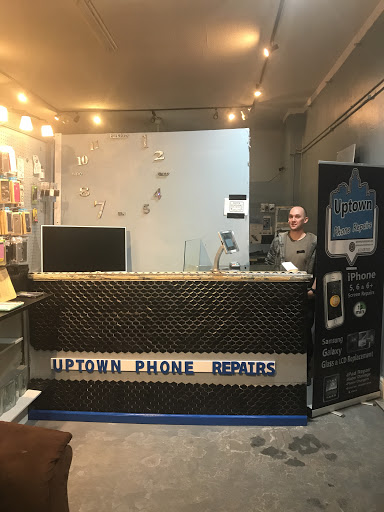