Had a leak in refrigerator water line. I hired Turner appliances to replace refrigerator water line. Instead of replacing the entire water line, provider cut the water line where the leak was and installed a new fitting and connected refrigerator water line to the line from the house water supply. After work completion I contacted provider via email and phone about this and provider never bothered to respond. I did not pursue this further as refrigerator was functioning even though it was not fixed the way I asked for and what I paid for. About year later fitting on the refrigerator water line which was installed by Turner appliances came apart flooding the kitchen floor. I contacted Turner appliances several times about this issue and fix. I simply wanted turner to provide what I paid for. After several phone calls and emails Rick, the owner left me a voice mail about month a go stating that he has ordered a new tube for replacement. Since then I have contacted them several times via email and telephone about status of the tube but they have not bothered to respond to my email and on phone they keep telling me part is not in and they will schedule work when part comes in. If you want professional, quality, punctual service, turner is definitely not the one.

I PURCHASED A MAYTAG WASHING MACHINE FOR OVER $300.00 FROM TURNERS AFTER CAREFUL CONSIDERATION AND LOTS OF QUESTIONS AND REASSURANCE FROM THE SALES GUY THAT I WAS BUYING A GOOD QUALITY MACHINE. I HAD THE MACHINE DELIVERED AND SETUP AND WITH THE FIRST LOAD THEIR WAS AN ISSUE, THE MACHINE STOPS WHILE WASHING AND IT WAS AN HOUR BEFORE IT WOULD START AGAIN IT ALSO MADE A LOUD NOISE WHEN SPINNING OUT. IT CONTINUED TO DO THIS, THIS WAS THE FIRST WEEK AND I CALLED THEM. THEY SENT SOMEONE OUT SAYS NOTHING WRONG WITH IT. SAID I MUSTVE SELECTED THE WRONG SETTING AND THEY LEFT. THE VERY NEXT WEEK SAME THING AGAIN, I CALLED THEM THEY REALLY DIDNT SEEM TO CARE. THEY SENT SOMEONE OUT ANOTHER DAY AGAIN, HE SAID NOTHING WRONG, MAYBE THE TIMER, SO THEY PUT A NEW TIMER ON. THE WASHER WAS NEVER RIGHT ALWAYS OFF BALANCE MAKING LOUD NOISE WHEN SPINNING OUT. THIS WASHING MACHINE LASTED EXACTLY 6 MONTHS TO THE DAY! NOT AT ALL WHAT I EXPECTED! FOR A COUPLE MORE HUNDRED DOLLARS YOU COULD BUY A BRAND NEW WASHING MACHINE AND HAVE AT LEAST A ONE YEAR WARRANTY! I WISH I WOULD HAVE WAITED UNTIL I COULD HAVE.

What a disappointment. This is not at all the company it used to be. I remember when Turner Appliance gave you some actual labor in exchange for their trip fee. They charged you to come out. But if you hired them they threw in the first hour of labor for free, included in the trip charge. Now they say its $70 just to drive over and tell you what’s wrong with the appliance, even if you already know what’s wrong with the appliance. Fixing it will cost more, even if its a short job. A lot more. The simplest of repairs are now hugely expensive; and the mark-up on the parts; even the repairmen will tell you its more cost effective to just buy a new appliance. The old ways of value for your money are gone. Appliance repairmen want the big bucks. So save yourself the trip charge. Buy a new appliance. At these prices its not worth fixing them anymore. I was greatly disappointed with my most recent experience, I am no longer recommending Turner Appliance, and my two stars review reflects the terribly high estimate I just received for a small fix. Very disappointing.

Please do not call this company for any repair!!! Had them come out since the icemaker stopped working on 11/25/15. Tech did his diagnostics and confirmed I needed a new icemaker. After paying $300 for a $35 icemaker (including trip charge, etc.) I observed after several days that the hard wood near the refrigerator was warped. Pulled the refrigerator forward and found warped wood due to water damage, baseboard separated etc. Called Turner Appliance again and tech said there was a leak in water line to filter which in my opinion should have been caught previously. Owner (Rick) flatly declined my request to remediate the issue since he believes this was not caused by them. Bottom line - no leak before Turner Appliance shows up, new icemaker installed, leak starts. Hence I will now pursue legal recourse since I firmly believe they need to own up to their responsibility.

My experience with Tuner Appliance was AWESOME! We had them fix a flattop stove that got damaged by one of our employees. We of course paid to have it fixed right away as thats what good companies do. We chose Turner to do the job. They showed up and unfortunately didnt have the part but came back and fixed the cooktop very quickly and inexpensively especially since they had to travel to Noblesville to do the repair twice. Each time they were in and out quick and painlessly. Our customer was very elated with their responsiveness and since that reflects on us we too were very elated with their service. We couldnt possibly be happier. Their charges were even less than what I expected from my exhausting research of appliance repair costs!!! If I have a problem with one of my own appliances I will choose Turner for the repair without question.

Our original dish washer install took us complaining and 3 times coming out for them to actually mount it properly. They have since had to come out to spend 10 min (no parts) and charged us the trip fee $70 and $80 for labor. 10 MINUTES!!!! I get it, I have owned a service company before. The trip fee is there because you would go out of business rolling a tech over and over and never having labor to charge anyone. However, when the customer has the work done there should be a concession on the trip fee. Or at the very least consideration of a pro rated hourly fee. Especially when the tech comes out for literally 10 minutes and charges us a full $80 labor hour in addition to the $70 trip fee. Unprofessional and unnecessary. We will not being using them again.

As always, a stellar experience with Turner Appliance! I have used Turner several times in the past and can honestly say I have never had a negative experience with them. My dryer stopped working last night so I called them at 7:30 this morning. I was able to get someone out this very morning. The Tech arrived on time, within the service window, promptly diagnosed the problem and displayed a thorough mastery while still being able to put it in laymans terms. Turner operates on the principle of providing the highest level of customer service and gaining a customer for life. There is no up-sell, no games, just quality service. I cannot give a higher recommendation and would tell you to ask for Matt. When it comes to all things appliance-I take his word as Gospel.

Called due to dryer issue..Tech came out, turned on dryer said it is heating up, and I have a clogged vent. I advised that I had the duct work replaced 2 days ago, and that my brother in law shined a light down between the wall and the vent and you could see light, so that I know there was not a clog. He said thats the only thing it could be, and gave a name of someone to clean out the vents. He placed a sticker inside the unit and wrote out a bill for $65.00. He was here for approximately 7 minutes. He didnt check any thing except he did look on the inside of the dryer I have now contacted another company to check on this issue. The sticker has been removed and I will not use this company again! 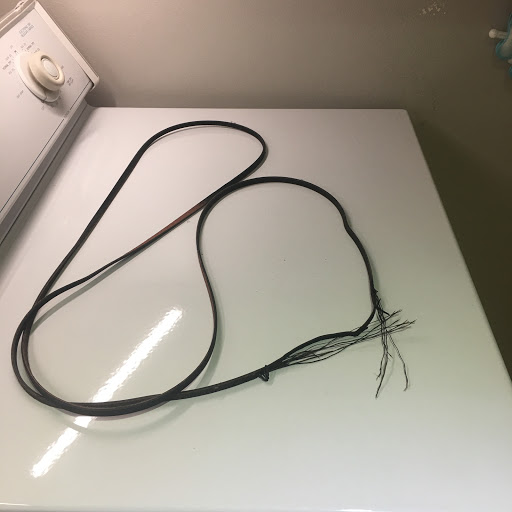 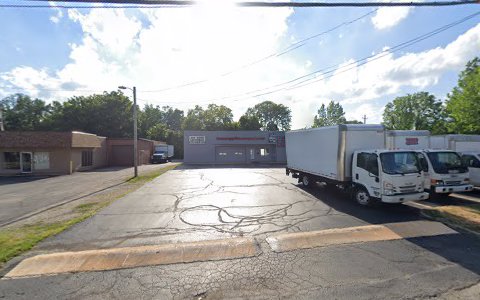