I used to respect this flower shop because their online designs were great and their customer service was good the one time I used them. So I considered myself a return customer today when I ordered a "petite, compact arrangement of wildflowers that is easy to transport and compact like the Evergreen option on the website, featuring white daisies." I didnt balk at the $75 charge they quoted me. After the bouquet arrived and my sister sent me a photo, I challenged them on charging me me too much for a disappointing arrangement. They informed me the only solution was to go back to my recipient and TAKE THEM AWAY FROM HER. Haha! And in order to give her something else in return, theyd charge me extra for delivering a satisfactory bouquet! I spent $75 today to get a basic arrangement that, in my experience in the industry, cost about $40, and came in one of those cheesy vases the crappy online florists mail for free. And the only solution they offered, after arguing with me, was to take away my sisters flowers! Id be even angrier if I wasnt so entertained by Nosegays ridiculous solution to their mistake and poor judgement. I sent them a photo and in the end, they stood by the "designer" and put the customer last. If you want my opinion, order off the website ONLY and hope you dont get the same "designer" I got. ... because my sister is sitting at work with an oversized, poorly shaped collection of cheap flowers, which Im still trying to decide is worse than no flowers at all. #disappointment #customerservicefail

Failed to deliver for wedding. I called a couple weeks ahead with an order for a bridal bouqet and some corsages forbour wedding. Their wedding coordinator took all of the information and everything was all set. When I went to pick them up on the way to the wedding, they had no record of the order. After searching for a while, they finally found the post-it note our order was written on. Unfortunately, nothing had been done with it and they didnt have the flowers we needed. They were in no hurry to fix the problem and not particularly apologetic. We called around and were saved by LePrintemps. They scrambled quickly to put together the flowers we needed in less than 20 minutes. And they looked amazing. Skip Nosegay. Call LePrintemps.

Elizabeth at Nosegay Flowers was helpful from the second we connected on the phone right at 8 a.m. in the morning till the end of the call. She helped me confirm the appropriateness of the selection of flowers for the occasion as well as the message to go with the flowers. Nosegay prices are reasonable and she was able to be specific about a narrow time range for delivery of the flowers. I called the florist directly from long distance, which always makes you feel at risk when the vendor cant see you, but I was reassured by the email that came right after delivery that my order had been completed. I would highly recommend Nosegay Flowers.

My wedding flowers from Nosegay were stunning! Co-owner Vicky and I talked through what colors I wanted, and she promised to make the bouquets interesting. Opening the box that morning we were stunned - the colors and unique flower choices were perfect! Most wedding bouquets only stand out because of the size, but everyone kept raving about the unique flower combinations and presentation of my flowers. Price was so reasonable, the service was personable, and and the designs were AMAZING!

1/4/17 Yesterday evening while online I made a simple mistake and for got to send a second order of flowers to my Mothers care taker as well. Online you can not update your order after sending it . So a proceeded to send a second order., I figured a second delivery fee would be waved since they are going to the same address . I called today and the answer was no . I am a first time customer my total purchase was over 200.00 . I just hope the flowers are better then the service.

Could not a worse experience with them. I called and ordered "orange roses", and they confirmed they have and charged $25 as rush delivery, which I called around 9am, and want to get it soon. This messy order didnt come until 11:50 and opened the box found they send me PINK ones. Are u kidding ? I called back and replied said "sorry we didnt have orange ones", but they didnt even informed me in advance !!!! They put their advertisement cards in the flower boxes !!! So annoying ~

I needed a bouquet for my wifes birthday, but only had 15 minutes to wait. I described what my my wife likes/doesnt like and they put something together within the timeframe. At first I wasnt sure if my wife would like the result because some of the flowers hadnt opened yet, so it was still a little green, but she loved it from the moment I walked in the door and its continued to be beautiful for several days now. She said its among the top arrangements Ive ever gotten her.

Absolutely exceptional. Cynthia was a treat to work with, so knowledgable, and really understood our vision for the day. I walked in with a vague idea of what would work for us, and she created the most gorgeous talked-about flowers anyone has ever seen. Theyre organized, followed up with us a few days before the wedding to confirm drop off times and locations. If youre looking for professional, capable, and kind vendors for your big day, call Nosegay -Happy bride

I ordered long distance a birthday arrangement to be delivered to my daughters work office and was very pleased when she sent me a photo of the flowers shortly after delivery. I checked online and took a chance on their daily deal and asked for the arrangement to be bright and age appropriate to arrive in the morning. Nosegay delivered 5 stars on all accounts! Thank you for making both of our days "brighter". Would use their service again.

On a whim, I wanted to send my wife flowers at her office to brighten her day. I called Nosegay for the first time and spoke to Jay who was a big help. I told him what I wanted after looking online and that Id like it delivered in a couple hours. Not only was he able to create a beautiful piece, he was able to deliver it in about an hour after we spoke. My wife was very surprised and loved the flowers. Nosegay did a great job!

Ordering flowers here was a disaster. I attempted same-day delivery to my company, placing an order at around 10am, and was promised they would be delivered by 5pm closing hours. When they still hadnt arrived the next morning I called and was told they had been delivered later than 5:30, and some random person I didnt know had signed for them. They offered me a refund, but I definitely wont be using Nosegay again.

I received a bouquet of flowers and a gift basket from Nosegay after having my daughter. The flowers were the best I have ever received, they were the freshest, most beautiful I have ever seen and lasted for 2 weeks. The style was exactly how I like it. And the gift basket was super impressive, filled with stuff that we will definitely use. I would highly recommend Nosegay to anyone without hesitation. 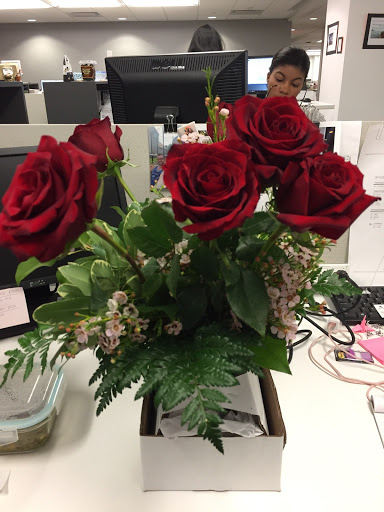 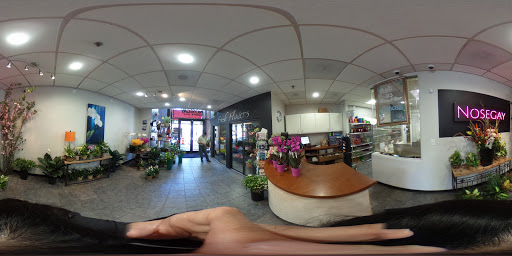 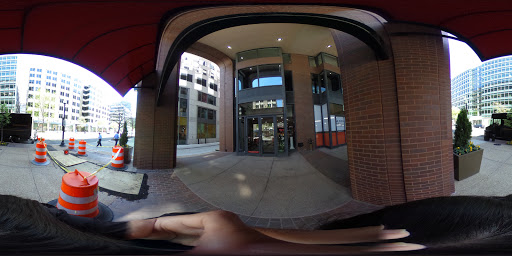