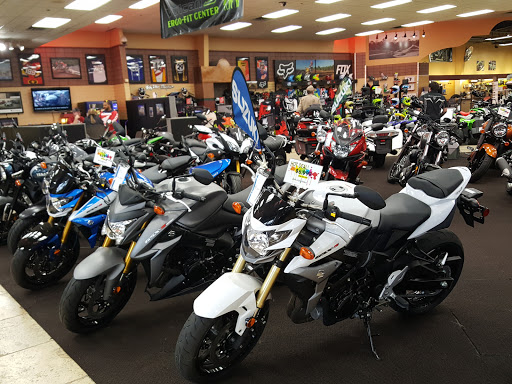 TL;DR: After keeping my bike for over a month past my appt without looking at it until I complained, they charged me $850 to swap fluids and replace a battery on a bike that had just been sitting in a garage for a year. (it had been running fine) Go ANYWHERE else. Summary: Dishonesty in scheduling/expectations, did not look at my bike until I called and complained, extortionate rates, promises made and expectations set by representatives I spoke to were broken or untrue 4 out of 5 times. Full Details: Called 11/1/16 for an appointment, was told the soonest they could get me in was 11/15, and to tow the bike there before that so they could start working on it as soon as their day started on the 15th. After towing the bike there ($75) and filling out all paperwork, the girl at the desk mentions casually that they may not get to it for up to a week and a half, breaking the appointment I was promised by at least another 3 weeks (I would have gone elsewhere as I needed my bike to commute). I heard NO WORD for 1 month. (thankfully had found another means of transportation) When I called, the voice mail box was full. I missed a call and called right back, was promised by the guy who answered that he would find who called me. He put me on hold and never came back. Someone else picks up and asks why Im calling. Then he asks who my service rep is. I had to laugh. He took my name and number (despite them having called me) and promises to track down my paper work and call me back. He never called me back. Was finally called back the next day on 12/15. The girl (rosa?) did not offer even the slightest empathy or explanation, just offhand "oh sorry" and general brusqueness as she says it will cost over $600 to change fluids and shell still have to price a battery. She said she would call back (and did! first promise kept!) but fails to tell me the cost of the battery. Says they should have it done in 3-6 days. Called back 12/21, told that I need a new front tire (which was not mentioned during initial $100 identification of issues). I say HELL no, and am told that my current total is $850. I will never go back, and I will tell everyone I can everywhere to run the other way from Alamo Cycle Plex. They work on bikes only when you complain about them having them, then they charge you 3 to 4 times what the work should be on top of their $100/hr labor. Just hoping my bike runs and is not damaged when I get it back. Post Scriptum: For those counting, I was lied to (misled) 1)about my initial appt being when they could look at my bike, 2)about it taking up to a week and a half to look at, 3)about finding who called me when I tried calling back, 4)about finding my paperwork and calling me back, and finally she did call me back with partial information, so thats 1 for 5 on promises kept. Any one or two of these would not be a big deal, but this is a pattern of behavior over all of my interactions coupled with a callous arrogance due to the fact that they already have my bike there held hostage (I would have to pay to tow it elsewhere).

I need some trivial service parts and was about to call Alamo Cycle Plex, and decided to read the reviews first. Im glad I did. It reminded me that I have done business with them once some months ago, and that I did not want to do business with them again. Now that I recall the experience, here it is-- I went into the store specifically to buy some gloves, and possibly a helmet. But, I also wanted to troll through the bikes in case something new and shiny caught my attention. In other words... a possible upsell from $50 gloves to a $10k bike as well. Several employees appeared too lazy/tired/whatever to get up as the "older guy who may actually have money to spend" walked past them, clearly looking at bikes. Nobody ever bothered to welcome me or even try to sell me something, so I moved on to my original objective-- the gloves. I tried on a few pair, but was undecided on a purchase, so I asked the young lady at a central "desk looking" area about return policy, as I figured I could buy a couple pair, and then wear them around my living room for a couple of hours to see how they feel. She didnt break away from Facebook activities for even the 5 seconds it took her to blindly point me to a corner of the store, and tell me to ask [I dont remember her name]. I went to ask the person she pointed out, and after waiting my turn (I was the 3rd person in line for the apparently only person who answers questions there), I asked my question... and got a pleasant response from a pleasant person-- thats one! I then went to the helmet section and poked around, not seeing what I was looking for. So, I returned to the Facebook fiend at the counter to ask about a particular model. She AGAIN pointed me to the lady in the corner. I asked if there were any customer service tasks she (the counter girl) performed, and missing any hint at my frustration, gave me a simple "she [lady in the corner] can answer all your questions." Is Facebook hag the boss daughter or something? Since there was a new line of customers waiting to talk to the ONE pleasant question-answerer in the entire store, I decided to buy the gloves and leave. Guess who the cashier was? Facebook addict! During checkout, she said exactly _2_ things to me-- 1) the amount I owed, and telling me to sign the cc slip. No "thanks," no "have a nice day," not even a, "would you like fries with that." On the way out, I leaned into the salesperson siesta, unmoved from their original location, and said that my customer service experience was horrible. The one guy who bothered to make eye contact just shrugged his shoulders. OK, no future money for you, Alamo Cycle Plex. I spend my money where my business at least SEEMS to be appreciated (and, though it shouldnt matter, I often spend a lot).

I went to Alamo Cycle Plex to buy a motorcycle. I stopped in for 3 days to try to find out how much It would cost me to buy the bike I wanted, each day it was a 2-3 hr wait and I ended up leaving to go to work. Prior to the 3rd (last) day I received a voicemail saying my paperwork would be ready when I walked in. I went into Cycleplex with the assumption I would look at the paperwork and have an idea what i would be paying for the motorcycle (out the door and interest) and be able to negotiate price from there. Neither interest nor out the door price had been discussed with me prior. On the first day I had signed the necessary paperwork to have my credit run but for some reason it has taken them over 5 hrs of my time to do this. Every day I stopped in I was waiting for 2-3 hrs while they were "on the phone with the bank." I know for a fact that it never takes this long. I was very upfront about wanting to know the price of the bike "out the door" and what interest I would be paying, every person I talked to I asked them these 2 questions. Never got a straight answer until just before I left. Whatever shady tactics they are trying to use on customers, it does not work for me. If you make it easier for me to buy a bike, I would make it easier for you to sell me one. There was a lot of pressure on the 3rd day to sign the paperwork right then and there when I got fed up and decided to leave. Magically I was able to get a straight answer when I decided to pull the plug after a 3 hr wait and the guy kept saying "it takes 5 minutes to print it out and sign it, i could have had it printed by now." Why in the world would I want to sign paperwork right off the bat like that? A motorcyle purchase is a 5 yr commitment, treat it like one and you will have your customers respect. I liked the salesman I was dealing with, but he had no idea what he was doing, we talked about either a discount on the bike which was marked WAYYY up above the KBB dealership suggested retail or throwing in some motorcycle gear instead, just before leaving I found out none of the things we talked about were offered in the paperwork they wanted me to sign. The entire experience rubbed me the wrong way. I will be using a private seller from craigslist or another motorcycle dealership instead of alamo cycle plex for my motorcycling needs. 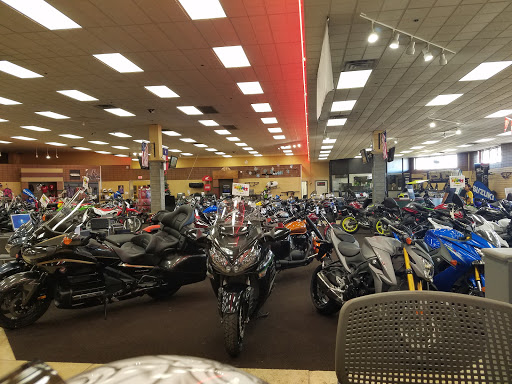 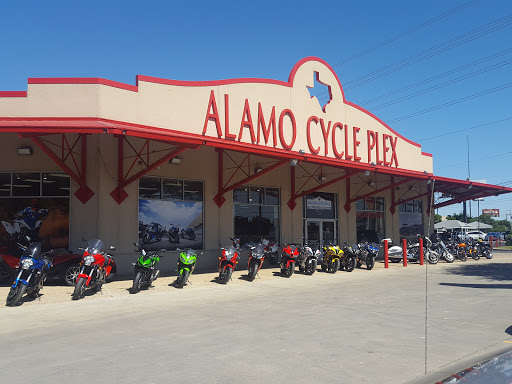 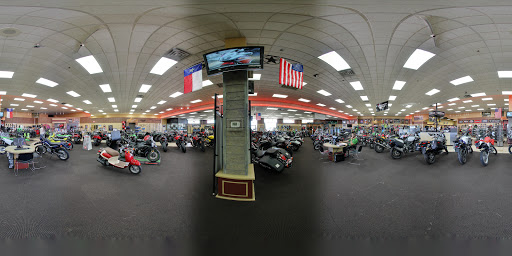 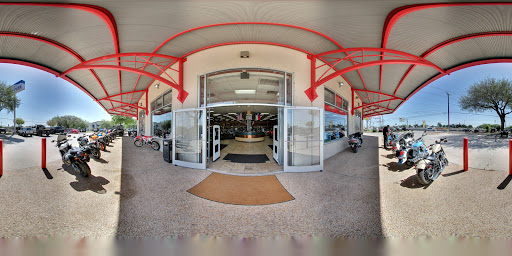 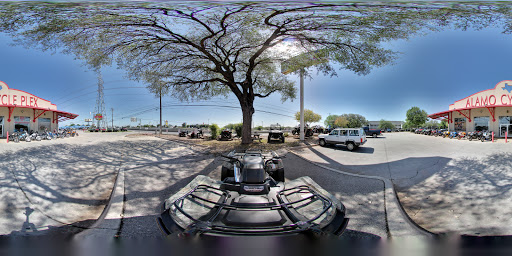 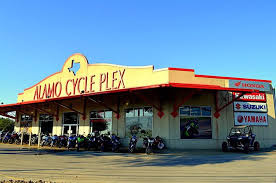 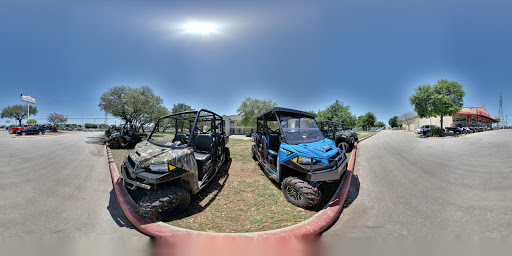 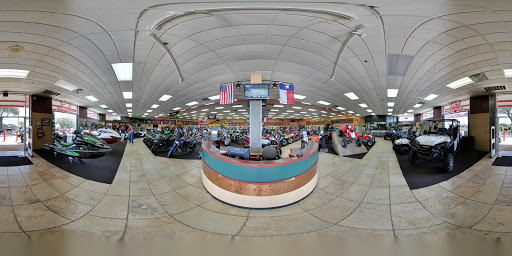 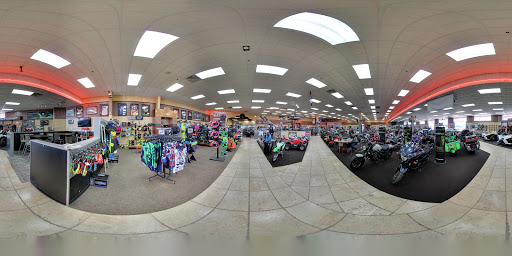 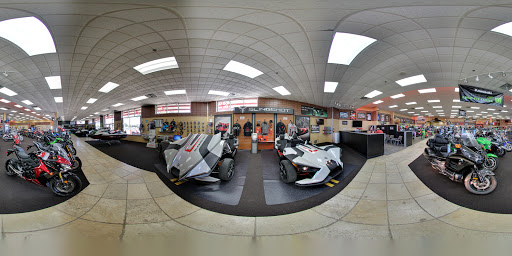 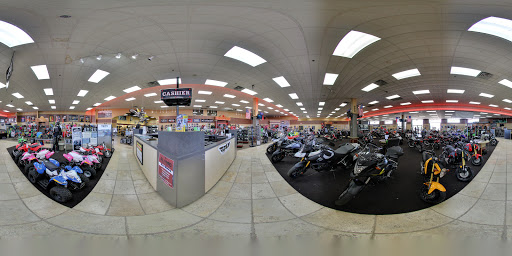 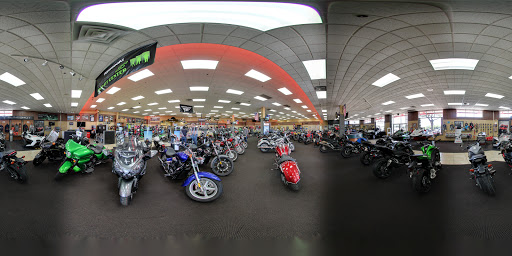 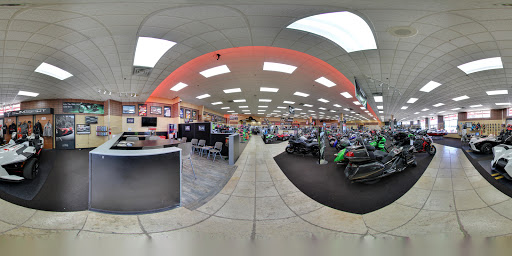 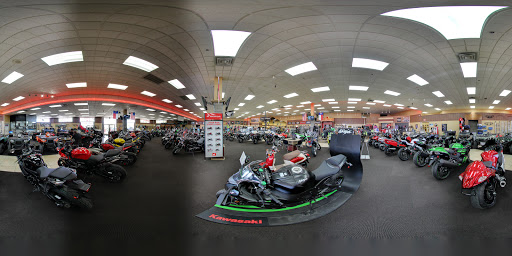 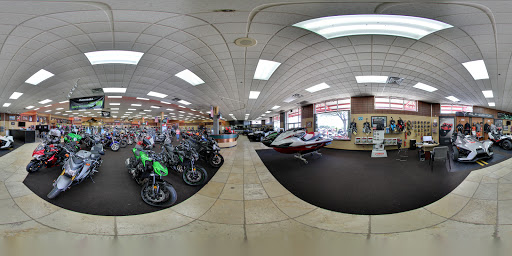 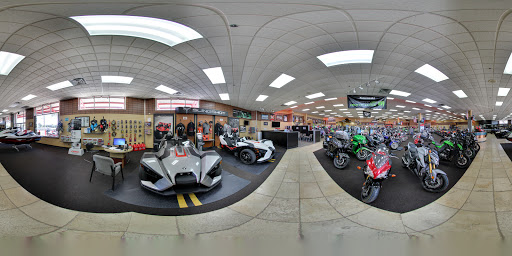 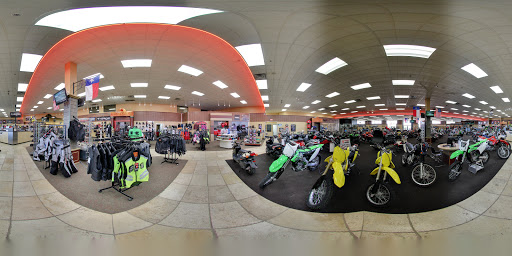 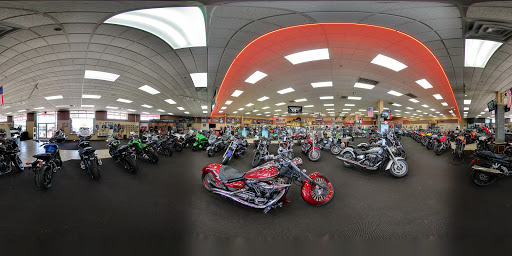 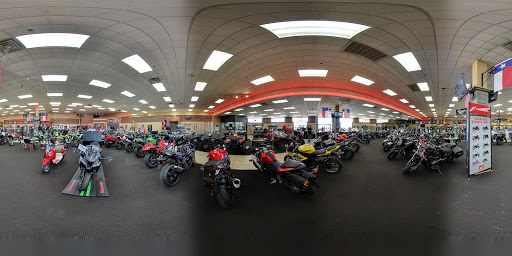 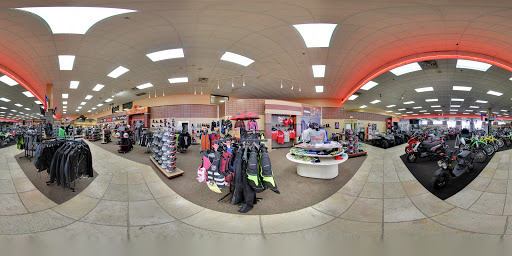