I bought a used 2007 GMC Acadia AWD with about 88k for mileage back in January 2016 with the intention for it to be a safe reliable vehicle for my wife to drive and young kids to ride keeping in mind it is a "USED" vehichle and being better off during the winter. I figured if im going to spend that kind of money im going to get the extended warranty just in case (heaven forbid anything should go wrong) about 32 days after taking this vehicle off their lot I started having troubles with it I.E the check engine light, brought it to the dealer they hooked it up found out something in the transmission, had to wait for what I call their GMC wizard to come in to do the diagnosis because they didnt have the equipment there (over a hundred dollars later for him to plug into it) couple of weeks later rear lift-gate wont work, take it to them again, found out theres a recall on a part for the liftgate,"take it to a GMC dealer." says the lady in service. took it to the GMC dealer got the recall part fixed still didnt work. took it back to S&J they had it for a week couldnt fix the issue of it going up 3/4 of the way them coming down even after having their "wizard" look at it. Few weeks later took it in for a total of two times to durability transmission because again the check engine light went on, they plugged in found the issue for the transmission. called the warrantee company. warrantee company says send us proof of issue Durabild calls me says they want proof of whats wrong but wont give a definate yes or no on coverage however in order to visually see the issue in the transmission durabild needs someone to raise there hand and say ill pay for you to tear the transmission apart in order to take pictures (oh by the way it was predicted to be over 1k). Durabild asks me what to do. I said ill try giving it back and seeing if they can either reimburse or trade vehicles and because of the continues problems, S&J didnt want to do that as we signed a piece of paper saying im not going to bring it back even if I drive it off the lot and it blows up. End all be all I live in Maine now I took it to a dealer up here they fixed the lift-gate and the transmission I.E the electronic hydrolic control module (TCEHM) system for $1,100 DO NOT BUY FROM S&J AUTO ON 60 DANIEL WEBSTER MERRIMACK NH. Vinney in the office is cool but they sell vehicles that they bought from a auction that are no good, they dont have the capability to fix anything short of doing a oil change. im still having problems and plan to get rid of the vehicle ASAP cant give them zero stars so 1 star it is. by the way its been 7 months since we bought it in January and seeing more indications that it needs to go back into the shop. I would expect for the price they sold it to me it wouldnt have these many problems so early of me owning it.

S & J Motors have been nothing but pleasant throughout my entire car buying process. My sister bought her car from them and a few weeks later I did as well. They were very accommodating with my trade in vehicle and offered a great price. There were a few things I wanted taken care of before taking the car off the lot and they ensured everything would be taken care of...it was and I was very pleased! After a couple of weeks I noticed some light bulbs out and they took it, fixed the issues and returned it very quickly. Plus it was under the 30 day warranty so there was no cost to me. 3 days past the warranty my starter broke (normal wear and tear - nothing to do with S &J) and the woman in repairs graciously fixed it without issue. Ive had an incredible with them and will continue to recommend friends and family to this auto dealership. Salesman and mechanic alike, everyone has been wonderful to work with!

Recently bought a nice 04 Honda Civic for a good, fair price. A couple weeks later the blower fan stopped working so we called to see if they could help us. They made time to look at the car at our convenience and after some surprisingly good diagnostics, replaced the HVAC control switch module. During the process they treated my wife great and had her on her way with no charge and a smile. As a car guy, I appreciate that what they did was far from the easiest job in the world. As most dealers do, they gave us what the charge would have been and I found it to be quite reasonable. They will be our first stop for our next car purchase.

Im writing this on behalf of someone i know who bought a used car from here. It is sad, and stupid that a company that has been around as long as S&J has to result in blatent lying and shoddy work to sell a car or truck. My good friend was lied to about repair work, had to return his car multiple times to have it fixed and eventually had his car towed out of there to bring to another shop for repairs. The car he bought lasted less than 2 years till it crapped out on him Never. Ever. go here to buy a car.

Buyer Beware... I bought a car here 3 weeks ago and the Alternator went on the car. The car came with a 1 month warranty yet they wouldnt do anything to fix this problem. They told me that I was out of luck and they wouldnt stand behind their product. TERRIBLE BUSINESS Practice and they could care less about their customers. Any reputable dealer would have taken care of this for their customer but not S&J Motors. Do yourself a favor and go elsewhere.

Purchased a 2011 Kia Rio for my daughter in June 2016. The salesmen were gentlemen. Before buying the car we had a pre-buying inspection done. S&J motors compromised with us on having some repairs done to the car. I was happy they met us half way. It was a positive experience even though I was a bit skeptical about buying from a dealership. It has been a great car and I would consider buying from them in the future.

This was by far the easiest, best car buying experience Ive gone through. Bought my car there a couple weeks ago and I absolutely love it! They made it such an easy process that within 24 hours of the test drive I had purchased the car and was driving it home. The price was good and the car is in great shape. I would highly recommend buying a car here!

We purchased a vehicle from them & 30 days later we wanted to give it back and get an SUV, we paid over $8200 for the car. Since not even making our first payment, their offer was $6500!!! Go screw yourself!!!! Not very good business 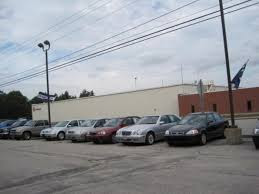 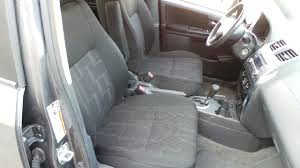 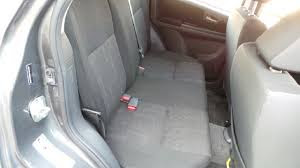 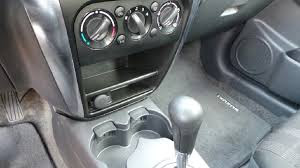 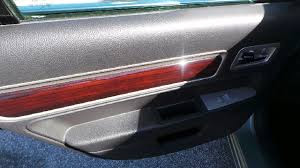