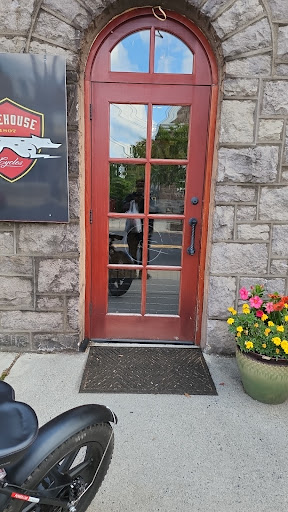 I went in to Firehouse Cycles trying purchase my first bike (crossing over from marathon running to triathlons) after doing research for several months. I was having a difficult time choosing a bike because of the size (I am in between sizes) and everyone knows that a good fit is important. I ended up putting down a $500 deposit to order a Specialized bike that evening and left happy with my decision. However, I went home to do some more research and started to question my decision. So I called the next morning as soon as the store opened, trying to ask a few more qs before he had the bike shipped to the store. Instead, I sensed that the owner/salesman, Mike, was losing patience as he mentioned that I was wasting his and my time. Im sorry, but when Im about to drop $4000 on a bike and necessary gear, Im going to have a few questions. I ended up leaving work early to see if I could go in and test the model bike one more time before the bike was sent to his store. At that moment, he said I dont have time for this, you can have your money back. You dont have time for this? The 3 separate times I went to your store in the past 2 months, I saw one customer inside. The first time I was there, I sensed your unwillingness to help me and I should have never gone back again, but I did. I understand that many of your consumers go in and purchase bikes in cash since it is located in an affluent area, but dont judge a book by their cover. The questions asked and being able to sit on a bike again was something important to me, especially since it was my first bike, but you dismissed me immediately with an arrogant attitude. Never will I shop here again.

The owner works on your bike -- how great is that! Mike was hands-on the day I brought in my expensive road bike. I came in to have my front derailleur adjusted and as an added service he adjusted my brakes (free of charge because they squeaked during his test ride). I didnt have to return and the adjustment happened before I was done shopping. Is this normal? Not sure. Perhaps I was lucky they werent so busy at this time in the afternoon but I was expecting to have to return a week later. Nonetheless, he had no problem with me watching him work on my bike -- THIS SPEAK VOLUMES TO ME that he is honest and competent. Im making this review in light of having been given less then stellar service at another local bicycle establishment (on several occasions over the past 3 years). Ive worked in retail and can tell the difference between good service and telling a person what they want to hear to get them out of the store. As I need more bicycle gear I plan on using Firehouse Cycles more. BONUS -- If you have to travel to Firehouse in Yardley to buy a bike (or have one repaired) its a block to the Delaware Canal (a packed gravel and dirt trail -- so not for high -end roadies) -- ride to points north such as Easton, New Hope and Frenchtown, south to Burlington-Bristol, or east towards Princeton(if you survive the ride thru Trenton). Once you know the route you can find several excellent rest stops -- too much to detail on this review.

FireHouse Cycles in Yardley is the only bike shop in the whole area that I will deal with, and I have been to all of them -- between Lambertville, NJ and Levittown, PA. The owner and manager is not only a complete professional, a highly skilled technician, and an expert in bicycles and the sport of cycling, he is also an individual who will give you his time. He will talk with you, he will respond to your emails, and he will do all that he can to help you. And even though you may think that the prices may be steeper in Yardley, they are actually very standard for bike shops if not less for some things. If I was forced to make a complaint, it would be that the level of his personal attention and customer service that he provides appears at times to be slightly raised for the Yardley locals and the well off Lower and Upper Makefield people, which they are glad to hear Im sure. But the important thing to remember is that no matter who you are, he will be fair with you, talk honestly to you, and go out of his way to help you. And that is why I strongly recommend that you go to Firehouse Cycles. It is a lovely and clean shop right by the main intersection in Yardley. And as far as the rest of the staff goes, I have no doubt that they have been trained very well. What else can I say except that you will not regret going there. If youre looking for a good bike shop that you can trust, take a spin over to FireHouse Cycles in Yardley. Yeah!

I recently purchased a bike directly from a manufacturer and was looking for a professional to help assemble it. I live in Yardley so Firehouse Cycles was my default choice. After calling several times during business hours without anyone picking up the phone, I drove over to the store with my various bike parts. The owner was nowhere to be found, but a couple of young boys were working in the store. I asked one of them if Firehouse assembled bikes purchased elsewhere (knowing the answer was yes as I read so on their website) and he told me he didnt think so. After I probed a bit, he yelled downstairs to the owner who said that yes, they did, and for me to bring my bike in. It took me two trips with various parts, and the owner only made an appearance once I had dragged everything in. He promptly told me the service is $100 and there would be a week-long wait for the bike. Neither was totally unreasonable, but what an inconvenience, and how inconsiderate, to make me drag everything into the store to give me an answer he could have delivered over the phone. Next time, Ill go to New Hope Cyclery, where I recently enjoyed an easy rental with delightful customer service.

Short story long. My wife and I bought her a brand new bmx race bike on a Thursday, with a State Qualifier on Saturday. After she rode it I realized the factory gearing was way too low,being a new bike none of my freewheels fit the new cassette style hubs. I found a couple online, but wouldnt arrive in time. I was driving through Yardley and stopped in on the off chance Mike would have what I needed. With wheel in tow I explained to Mike my situation. After digging through a drawer that looked like it hasnt been opened in awhile, he found what I needed!! We agreed on a price, I opened my wallet and moths flew out! Although I had the tools at home I asked him to change it and charge me for the part and his labor, Ill put it on a credit card. No problem Mike said, card swiped and out the door we went. It wasnt until later that I realized Mike only charged me for the part(which was less than Amaz##)!! Mike has a customer for life! The gear swap made a huge difference as my daughter took FIRST place and is now eligible to race in the State Championship mid-September. Thanks, Mike, You the Man!! 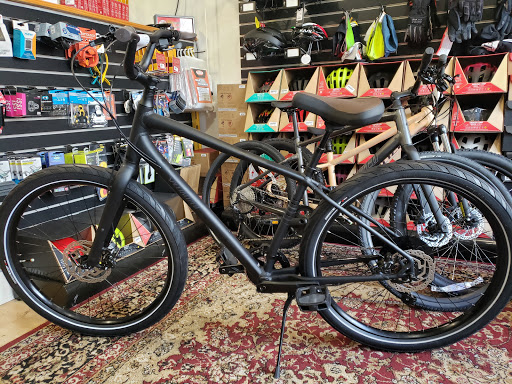 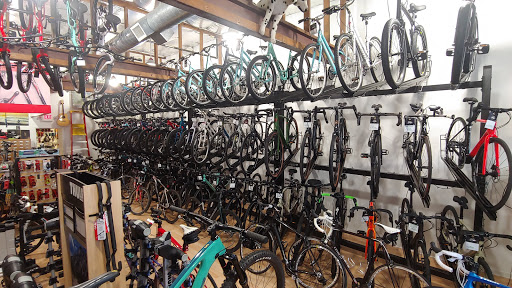 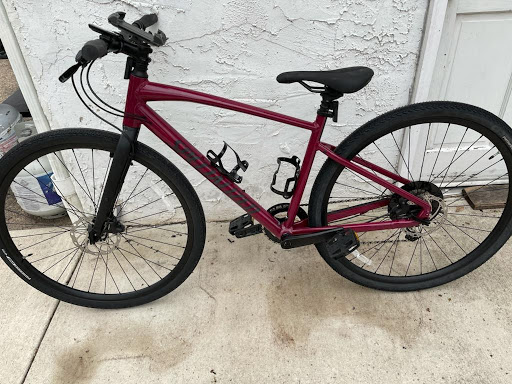 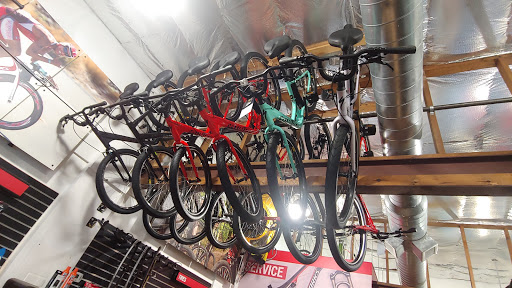 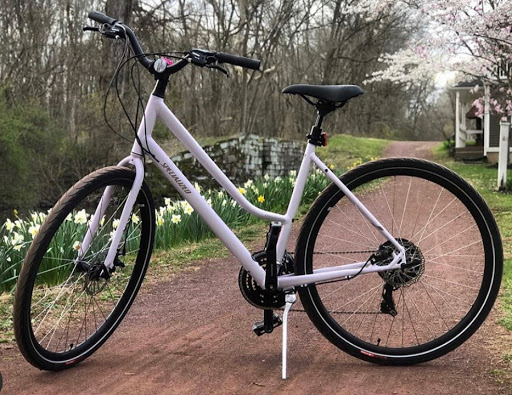 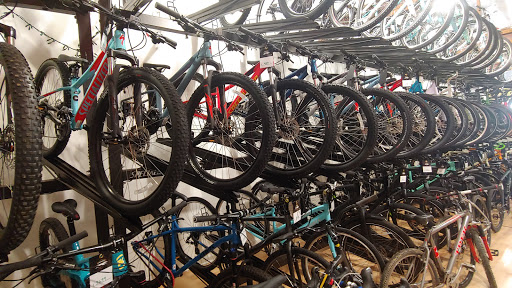 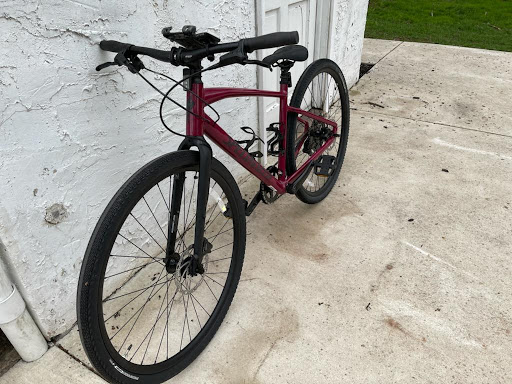 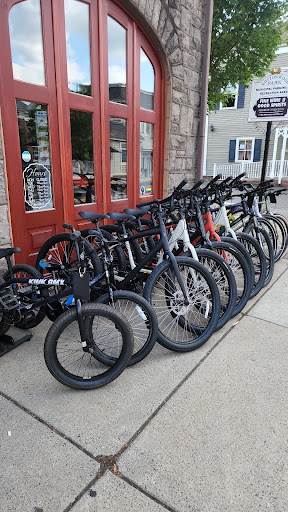 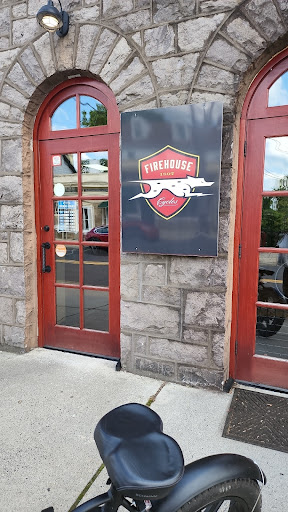 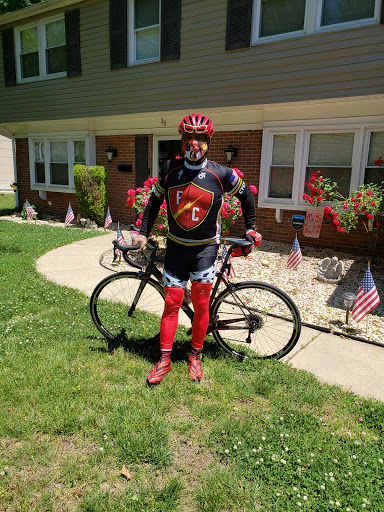 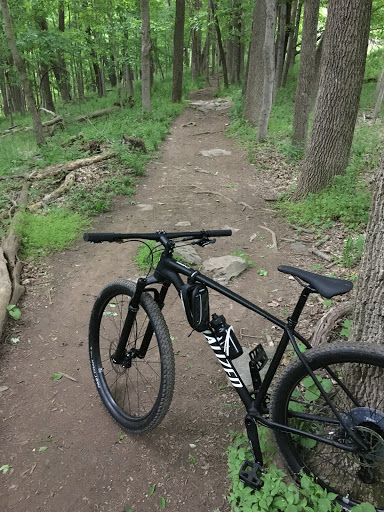 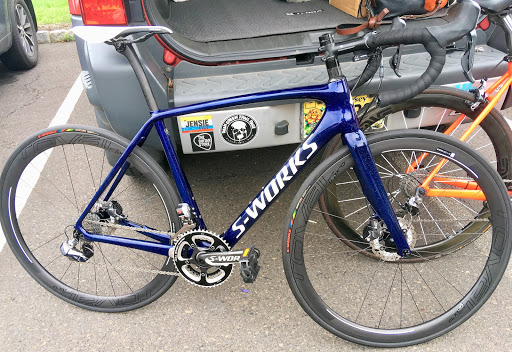 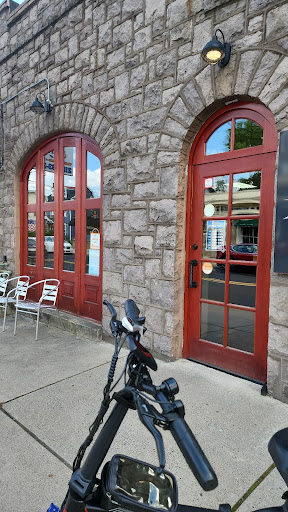 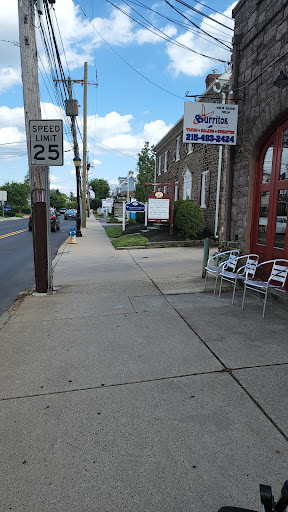 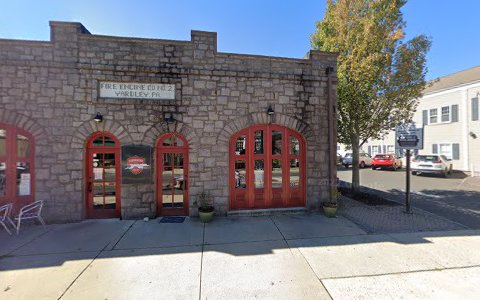 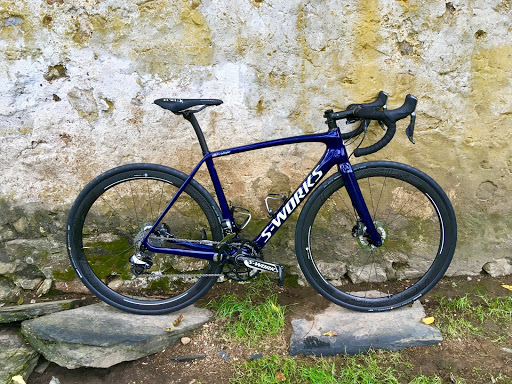