To start off I am not someone who publicly complains about products or services. However, my experience at Audi Wynnewood was so terrible that I need to make potential customers who are shopping for a used car aware of the gross misrepresentation of their products. I found a used 2008 Audi A6 with low miles at their dealership listed on eBay. I dealt with the used car salesperson Christopher A. (last name omitted purposely) We negociated a price, and had many conversations via email about the vehicle, and the condition of the car. I asked if there were any mechanical or body damages I should be made aware of because I was traveling 250 miles to purchase the car and I wanted to have any pictures of damages so I was no surprised. With check in hand, I drive 250 miles to Wynnewood Audi to purchase the vehicle and was promised by Christopher A. that the vehicle would be clean, full of fuel, and ready to go when I got there because I planned on finalizing the deal and driving back home the same night. When I got to the dealership Friday afternoon at 4:45PM, Chrisopher A. lead me through the parking lot to see the car. From 25 feet away I could tell that the vehicles body condition was very rough. There was fender damages, the paint looked like a 4 year old washed the vehicle with a Brillo pad, and one rim had a ton of gouges. NONE of the pictures posted or emailed to me showed any of these damages, nor was I made aware of the condition prior to coming down. Christopher A. proceeded to pop the trunk so I can start to inspect the interior vehicle condition. Their was a few handfuls of what appeared to be grass or hay in the trunk- was never vacuumed or cleaned. I jump into the front seat of the car only to find that the inside of the car was just as bad. There was nasty coffee stains and loose change in the car, big scratch on the middle of the dash board, and a goofy grocery list from the previous owner in the cup holder. You would expect that if Christopher A. knew I was coming from 4 hours away to purchase a vehicle he would do the following things. A) Clearly define and explain/ provide all damages that are present to the vehicle. B) Have the vehicle washed, interior detailed, and vehicle fueled Since none of these small requests were not granted, I came up with the following excuses. A) Knowing they did not accurately describe the vehicle, they were hoping I was going to be excited to purchase the vehicle and they hoped I would take the car AS-IS. B) They are just completely incompetent and this is the way they choose to practice business. After spending 5 minutes at the dealership, I told Christopher A. that I would be spending the night and we had some serious issues to address in the morning. He replied with "we can wrap up the deal right now." I declined. The following morning I offered them 1,200 less than we originally negotiated for the unforeseen body conditions. They declined my offer and I went on my merry way back home with no vehicle. Sorry for making this long and drawn out- should any of you wish to see the transcripts between Christopher A. and I, I would be more than happy to expose the malpractice. Have a nice day. Luke Behm

Mark and Howard from Audi of Wynnewood made purchasing our car a hassle-free experience and I would highly recommend them to other buyers. My initial contact with the dealership was through their website where I found a nice used 2012 Q5. I sent a message requesting the "lowest" price they will accept for the car and I would make my decision based on that. I quickly received a response from Howard with their offer and I set an appointment up to come view the vehicle. When I arrived, I was greeted by Mark who handled the sale. He was very polite and engaged with us without using "high pressure" tactics to push a sale. He went over the vehicle with my wife and did the best he could to answer our questions. By this time, it was already 8:15 PM which is well past their 8 PM closing and yet they did not rush me or tell me to come back. At the same time, another couple came to talk to sales and this is after closing and they still helped them out. I told them I appreciated this and felt they truly did put the customer first. Howard evaluated my car for the trade and we arrived at a number that I think was fair for the both of us and we agreed on the purchase price and trade. We scheduled to pick up the car the following day and left for the evening. During our drive over to the "The Warehouse", my car threw a CEL and it couldnt have happened at a worst time. I drove into AutoZone to have the code scanned and it was a relatively cheap fix if you know what youre doing. I arrived at The Warehouse and told Mark and Howard what happened and that I did not want them to see the CEL after Ive left them with the car. He appreciated my honesty and did not try to beat me up to lower the price of my trade. This right here solidified my confidence with these two and how they conduct business. Howard is very knowledgeable about cars and is a very straight shooter. If youre looking for "no BS" people to work with, these guys are it. My advice for folks looking to buy from The Warehouse - Dont come in with a chip on your shoulder. Treat others how you would like to be treated; these are not the car salesmen of yesteryear and online competition drives them to fight for your business. Do your research on prices/packages and have a number in your head when you email them. Try to hash it all out before you come in so neither of you waste your time. Everyone likes a good deal and no one wants to pay the "listed price" but be reasonable in your expectations. I can say that I look forward to purchasing from them again and will be a returning customer.

Having driven a Mercedes and a Mini (BMW) for a while, last April I was looking for a change. A close friend recommended I try an Audi. So we searched around for a CPO Audi Q5 and found one at Wynnewood Audi at 323 East Lancaster Avenue, Wynnewood, PA 19096. The vehicle looked good, the sales guy was very nice and the negotiation (with the usual back & forth with a manager) was relatively tolerable. We arrive at a price; my trade in an E500 was assessed to my satisfaction. Paper work was done quite easily. So, all in all, a fair experience in car buying. Right after driving out of the dealership with my CPO Q5, I noticed that there was a squeak in the brakes. I called the sales guy the very next day and he said that the noise was common with Audi’s and that with a CPO I did not have to worry about it. After a few weeks I called him again to say that the squeaking nose did not sound normal and he put me on to his service manager. I spoke to the service manager who said that the noise was probably due to a particle stuck in the brakes and asked me to just brake hard a couple of times and it would go away. Now having had a decent car buying experience, I recommended a friend who bought a new A4 a few months after my purchase (and of course the sales guy was very happy). I accompanied my friend to the dealership and during the visit I brought up the issue with my brakes again. This time I spoke with the service manager in person and he again reassured me that nothing was wrong. Last Saturday I took the Q5 in to the dealership for a service (that was already paid for as I had purchased Audicare). Now the service guy tells me that my rear brakes need to be replaced and that it would cost me $400. I tried to explain to him the history with the brake issue and that I’d expect Audi to take care of it. But he just refused to listen and insisted that 10 months ago the brakes would have passed Audi’s stringent CPO standards and that now after approx. 10,000 miles the brakes were shot. In addition they now say 3 of my tires need to be replaced. Audi CPO passed a vehicle with tires that would last you 10 months!! Audi CPO passed a vehicle with bad brakes!! Shame on you Wynnewood Audi!! Buyers beware and enter at your own risk!! Stay away from Audi, Audi CPO and Audicare. Once the sale is done there is no after sales service. The service department at Wynnewood Audi will look at every possible way to rob you. If I could have given them any lower a lower rating, I would have! And I will never buy or recommend an Audi again!! 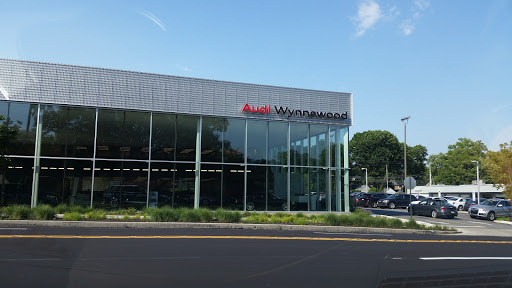 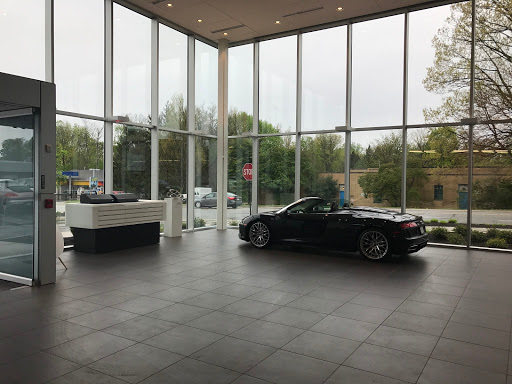