I went there to price a 09 Suzuki King Quad 400, and ended up buying it with at 2 Jacks in Wilkes-Barre off Chris (nice nice guy), for $1000 less than quoted at War Horse the same day. I got a very bad bad feeling from this place, and yes, they can be very rude, and seems to care less. Its even oddly dark and chamber-like inside, like a dungeon (maybe appealing to the bikers who are reading this..no offense, good people). Id like to be able to see what Im buying is all Im saying. 4 months later, my friend wanted to check out a mid-sized, mid priced 4wd ATVs. Again, we walked in there because they have lots of makes in one place. We werent even thinking used, but left with a used 650 Honda Rincon at a very fair price. It was older, but had good hours and miles. Its been a great ATV beside submerging it in 7 feet of water within 4 hours of picking it up....oops. What I would have done different: Come with your own financing ALL set up (credit union are very VERY good). We were quoted a rate at 2 points higher IF we didnt buy their 2 year warranty (which Im sure at $600 is inflated, but for a used machine, gives piece of mind). (I doubt it covers 7 feet of water damage too) Basically, if it seems like a good price, it probably is, but theyll try to get you on the "back end", and sometimes literally *wink wink*. They can hold points on rate (up to 3% I think legally) or they sell you a warranty at 3x their cost. Ohh, and the finance lady seem like somebody dumped in her cheerios earlier in the day, and that by being there, we were bothering her....lady, seriously, relax, and pour a new bowl of cheerios. Service department guys are 100% awesome, nice guys, and know their shi.....or, stuff. Try the guys down in Wilkes-Barre; theyre much cooler/easier/calmer. Youre buying a FUN machine after all, why taint it with a bunch of loosers?! Make them work for your business at War Horse if you NEED to buy there. Cheers!! Have fun, and safe, and tread very heavily.

I was in there this weekend looking for any type of deal on an R6 sport bike. I was looking at LEFT OVER 2009 models and they are still pricing them as if they are the 2010 models. The orange R6 that I am interested in buying was priced at $10,800. I found the same color and model else where for $7,500. That was the first red flag about this place. Secondly, the older sales man that approached me was rude from the start. I guess me being someone in their mid-20s looking for a bike is reason enough for a sales person to be rude. He was telling me about a deal going on with Kawasaki bikes and I asked him if there were any deals going on with Yamaha and for some reason that upset him. He was not friendly at all and made me want to take my money else where. For the size of the building, they did not have a very large selection of bikes either. They had 3 R6s, 5 CBRs, a couple Ninjas, and 1 GSXR (all 600s they had some 1000s too). Smaller shops I have been to have about the same amount as them and they are more friendly. They dont have any 2010 models, and when I asked if they would be receiving any, he didnt know. I just wanted to know when they would drop their ridiculous pricing on left over models. You would think that during a time when the economy is not the best, it would make them want to be competitive in pricing, but that is certainly not the case. I guess they are targeting people that dont research anything and make blind purchases. The sales person was just the exclamation point to my bad experience there. I will be searching else where for a sport bike, and I will be advising other people to do the same as well.

I was ridding lost trails when my rzr broke down. I brought it over to be serviced and I have to say everyone was extremely nice. They worked very hard to fix the problem unfortunately they where unable to repair it and so I had to leave it. Within three days they called and let me know they had fixed everything. I went and picked up the machine and promptly went ridding. After about 20 minutes of going easy my rzr lost power and started sputtering and backfiring. I went to look around and see what was wrong. The first thing I found is that they did not replace the clutch cover vent and second there was not a stitch of oil in the machine. When I called them I got a story of how they did not remove the clutch cover however, I watched them take it off on the first day. They then told me they did not do anything with the oil. This I agree with I did not have them change the oil however, I checked the oil before going out that first day. Now I am not saying that they drained the oil and did not replace it but they had to run the machine while fixing it and what shop does that without checking the oil? In the end I called the shop to at least let the manager know about the lapse in service. After leaving three messages on his voice mail (he never answers the phone) he never called back. Luckily for them my only recourse is to post this review and hope that anyone who uses them makes sure to check there machine prior to leaving.

Ive never written a Google review ever, but Im so mad, that Im taking time out of my day to do so. I went in to purchase a brand new quad on a Friday but banks were closed when I got there so they couldnt get me a response on financing until first thing Tuesday morning (I understand this 100% and am not angered by that). I decided on Saturday that I wanted to pay cash instead of financing so I called them at 11AM (9am-4pm operating hours) and left a voice mail for the finance manager asking him to hold off on sending out my information to the banks. I did not receive a call back so I called again on Sunday at 1PM (10am-3pm operating hours), and a man answered telling me no one was there to answer my question about the financing. I waited for a call on Tuesday morning and got nothing from them by 10AM (9am-7pm operating hours), so I called them. When I called at 10AM, I got their voice mail saying they were closed and their hours are 9am-7pm on Tuesdays. I left a voice mail with all of my information once again, and did not hear anything back, so by 12PM, I decided to go elsewhere and purchased a quad. Its a shame the place with a largest selection of equipment in the northeast was unable to handle my needs. NA Warhorse needs to get their act together.

Great Experience, I was treated with respect, there was a no pressure atmosphere. I purchased a Honda Pioneer 1000, for me and the family early in September, and have ridden it a few times on our new family adventures. I would like to see more free trails, but local trails are pretty great, highly recommend the AAOA which was awesome. My sales representative Ric was outstanding in his professionalism and manner, was honest enough for me to trust his judgment, his general knowledge of the equipment was great. What he did not know he did not make up. He looked it up. Admirable quality. Made the deal for me to enticing to pass up another year. Thank you, War Horse and Ric. Cesar Allen, Pleased Customer 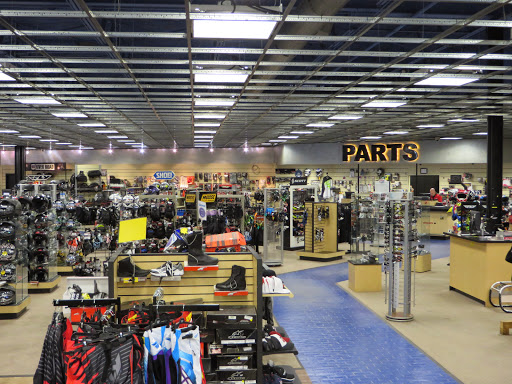 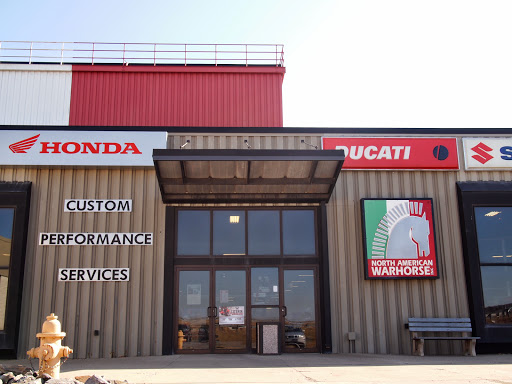 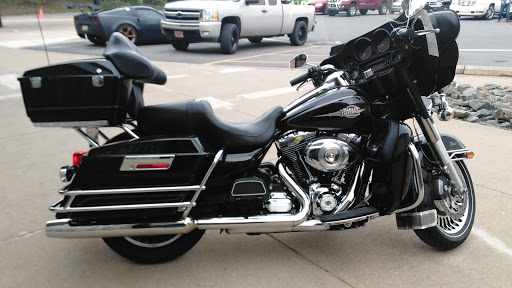 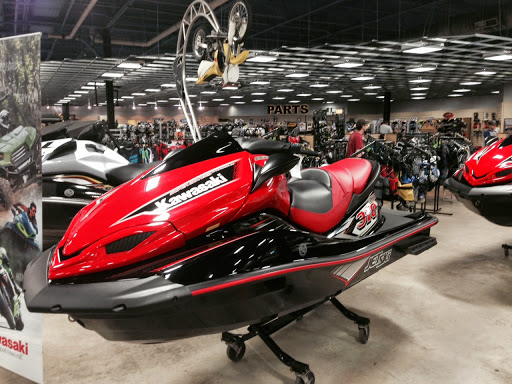 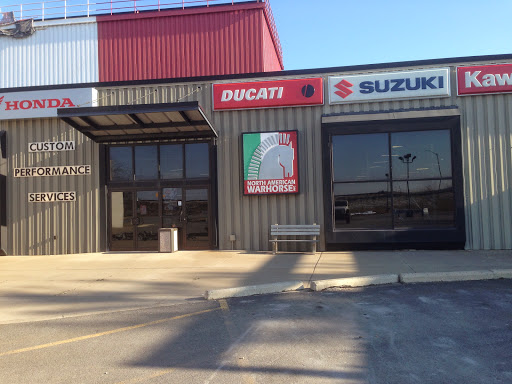 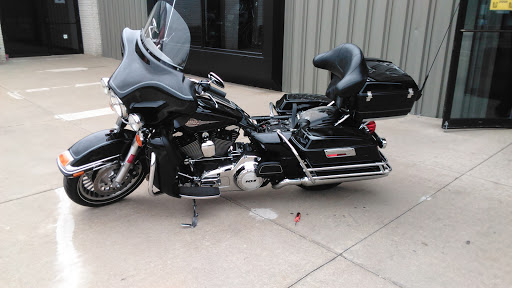 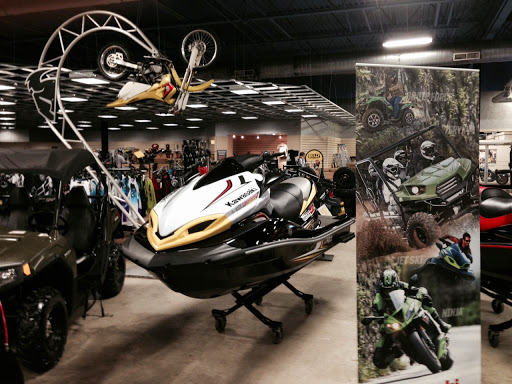 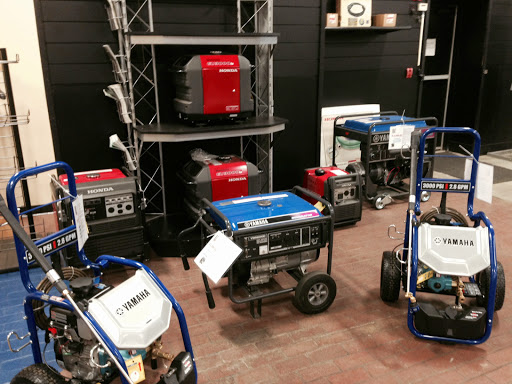 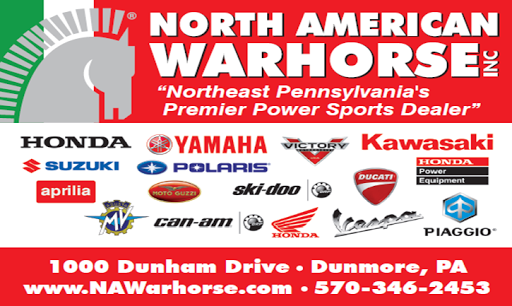 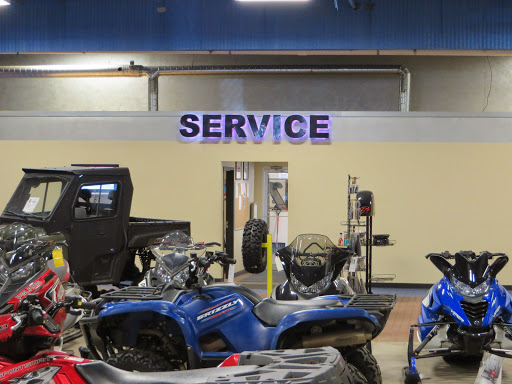 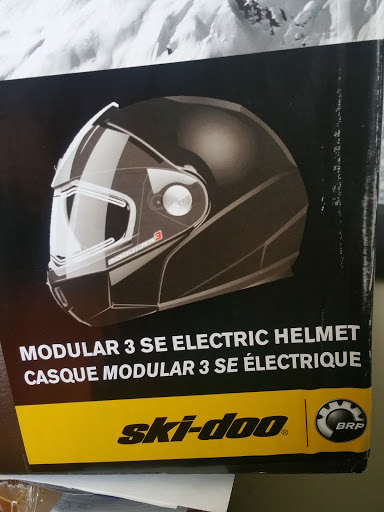 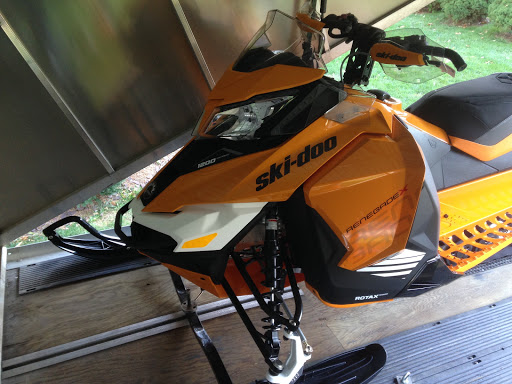 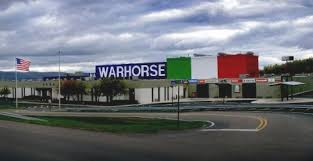 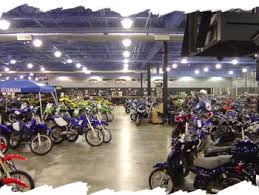