This review (and stars) will be updated as the saga continues. Purchased a nice used refrigerator from the Tigard store on Thursday (12/3) with a 6 month warranty on parts and labor. It was delivered and installed as planned on Saturday (12/5). Delivery guys were nice and professional getting a large fridge through some tight gaps. Unfortunately after it was installed, 24 hours later it still has not cooled appropriately (thermometer says 65 degrees). I know the fans and compressor are running and the condenser coils are free of dust build up. Called Tigard store on Sunday (12/6) to request service technician. Service technician (Robert) returned call Monday (12/7) am to set up appointment for Thursday (12/10) around noon, earliest available for my area. UPDATE 12/10 - Robert arrived as planned around noon on Thursday. He checked out the fridge and the freon was to low. He recharged the freon and it started to blow cold. Within the hour the fridge was at the correct temp. The freezer got down to temp a couple of hours later. As long as there isnt a leak in the system it should be good to go for a while. Got 6 month warranty to wait it out. UPDATE 12/12 - water started dripping out of the ice/water dispenser. Turns out the ice is melting and the freezer isnt cold anymore, holding about 50 degrees. Called JB (manager) at the Tigard store about possibly returning and exchanging it. Hes going to talk to Robert about the fridge and get back to me. UPDATE 12/17 - so Ive called the Tigard store on Monday and Tuesday to follow up since they werent calling me back. JB said he needed to get in touch with the owners to see what he could do. Apparently the owners are very difficult to get a hold of. On Tuesday JB suggested I call the Portland store since doing an exchange would be difficult, not to mention I dont trust the products that they are selling. Called Portland store Wednesday and Thursday morning. They kept wanting to send the repair guy out, not understanding that weve already gone that route and the fridge still doesnt work. Left a message for George to call back. Last chance... ...(near the end of the day) still no call from George. Called Abe at the Portland store back. Had to give him the same story I did earlier I the day. Told him that I needed to talk to someone who can actually refund me my money. Abe still jerking me around until I mentioned taking this next level. Apparently they may be able to do a refund and pick up the fridge...well see...

6 weeks after delivery I still do not have a working refrigerator. This one was delivered broken. I bought it at the Tigard store, was told the reason the control pane did not work is that it needed the ice maker installed. 4 weeks later and one repair appointment which turned into a no show the tech comes by He installs the ice maker which shuts the frig down. He resets and tries again, the computer is pretty much toast, cant modify the temperature since the panel is flashing a code and does not function. I call the Tigard store several times, He says he will call me back tells me he needs to talk to the tech, they are going to replace it. He never calls back. I called the tech, he spoke to the store already. Week 5 I call the main store, he has a newer model of the same style of fridge and will keep it on for a few days to make sure it works. Says they will deliver it on Tuesday. Called the store to confirm this morning, it never made it on to the truck, he said he would call me back in a few minutes. He was going to try to get the truck back. No call back after over 2 hour and when I call (5 times so far) cant leave a message because it says the phone is in use. I want my money back, I have already freezer burned a bunch of stuff. There is water and ice in the crispers and it ruined a bag of soy flour. I have refrained from purchasing anything that would need to go in the frig so it doesnt get ruined. Finally got through to the store (4 hours after they said they would call me back), get put on hold. There is only one person working today (this is a different person than the one I spoke with earlier) the frig is on a truck, I was given a number since they do not have contact number and I am not home. The phone goes straight to voicemail which is not set up. I do not have time to call the store again. I think 5 calls is more than enough. Apparently they dont want to work with me. Apparently they dont believe in good customer service. this is just the cliff notes. beware. a 6 month warranty doesnt mean much when you get no support. Update: they need more people in their stores, they need to return calls. Got the replacement frig, it works so far. It is a little smaller and has a small dent, I have no problem with that, it works. No ice in the crisper trays, my frozen foods are not over frozen and the temperature adjustment panel is working.

I have been buying from the Kaadys for YEARS ! My family and I have numerous rental properties and we get the majority of our appliances at Kaadys Appliances. Lately I have been so busy that I just order over the phone , let them know the size color and so on , and what grade of appliances to send , for a High end house/condo or just basic clean units to suit the basic needs of our renters They are a family business , and prior to buying from the Kaadys my family bought from their Father Fred Schwary (If you are under 4o or 50 this name probably doesnt ring a bell) But this guy was the all time Appliance dealer and many other businesses before that . Fred was famous in the Parkrose and Pdx area. So what I am getting at is that these guys are good people , and sure we have had a problem or two with some of the appliances , but they are USED ! And thats why they come with a warranty . Any time I ever had an issue I would call and speak to Mr.Kaady or his son , and the matter would be resolved , and my tenants would get out of my ear. I just bought two sets of washer and dryers last weekend and Mr.Kaady still honors the original price from years ago , not even taking inflation into consideration , hes just a good man , and so are all the Kaadys and their employees , I think there is 4 or 5 Kaadys over there , and they have always been very kind even if I thought a delivery date or service time wasnt quick enough , they would chuckle and say "Ok Ok ,well take care of that " and it would get done on the day I needed. I dont know why I am writing a novel here but I was just reading some of these other reviews and I just know that they do good business and wouldnt rip someone off or do anything crooked, myself and my family members would still be buying appliances there if this was the case. Bottom line is most people only write reviews when they are angry or upset with a company , and I just wanted to say , hey! This is a used appliance shop and stuff is gonna be scratched or dinged up, and may need service in the first month or 2 , but the Kaadys will stand behind their product . Thats why they have been there for as long as I can remember , 20 something years So, if you want a good deal on appliances and a big selection then go check them out and have your own experience , and see why I keep going back . Thanks Dee 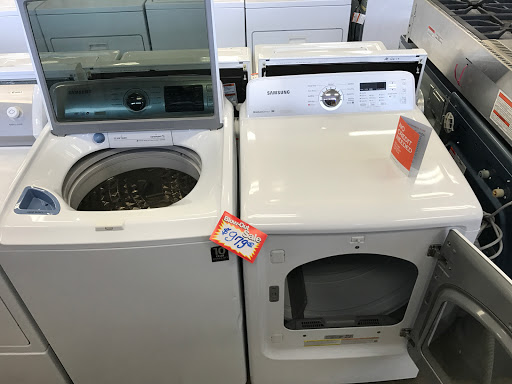 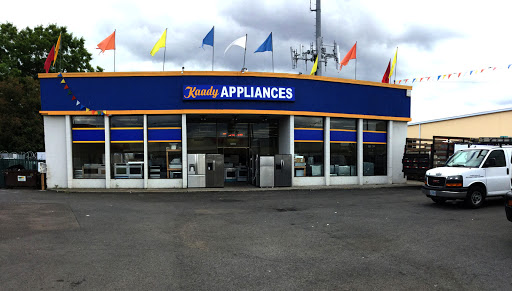 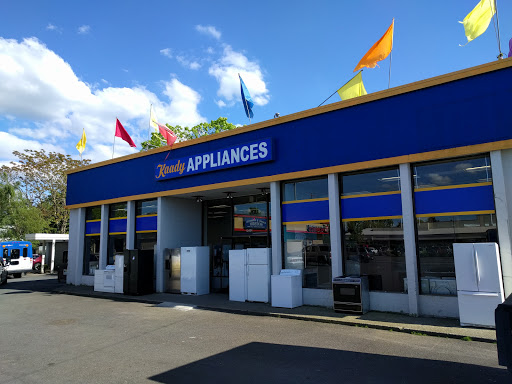 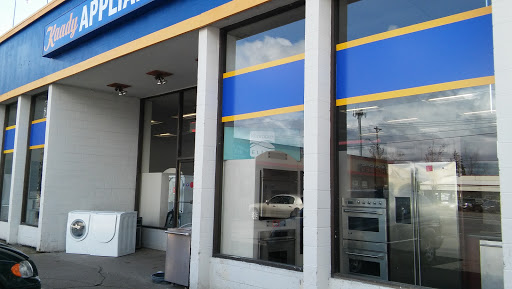 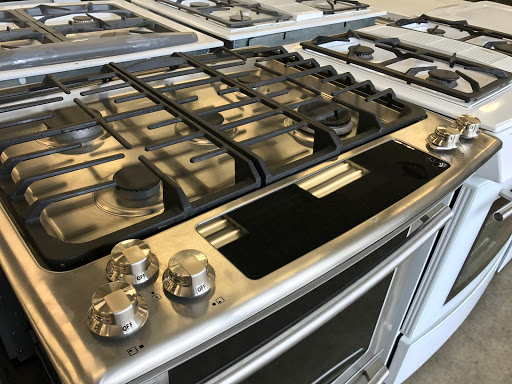 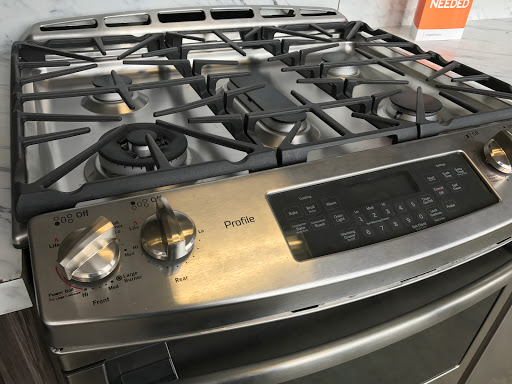 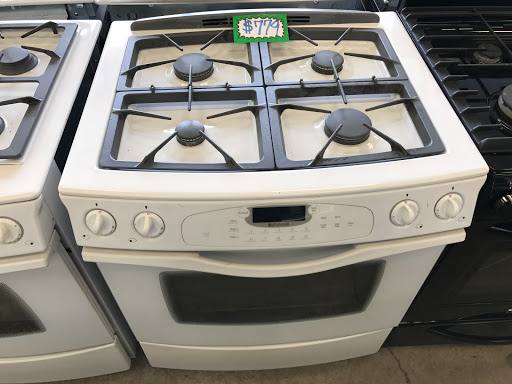 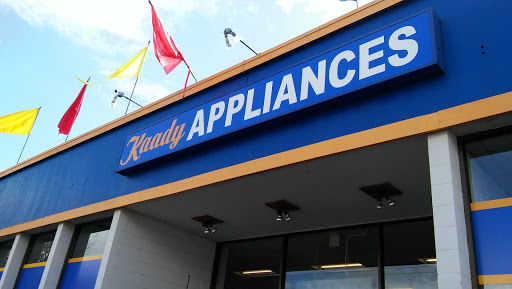 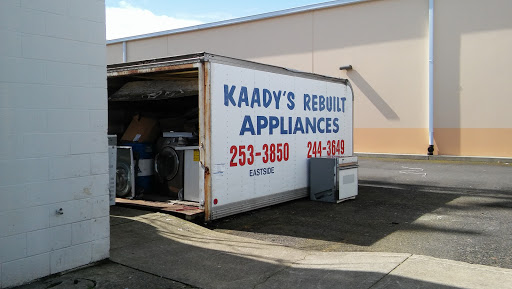 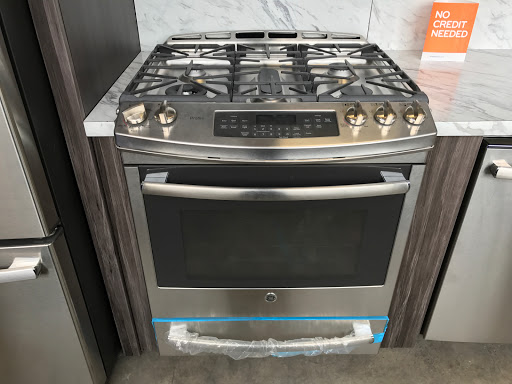 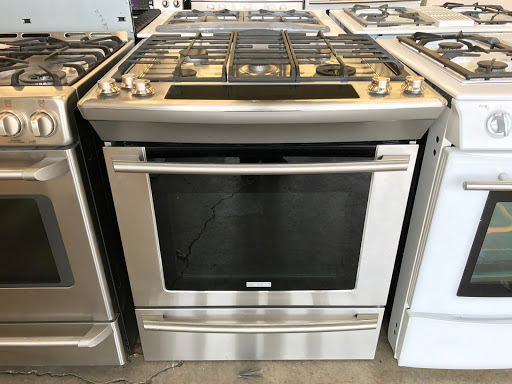 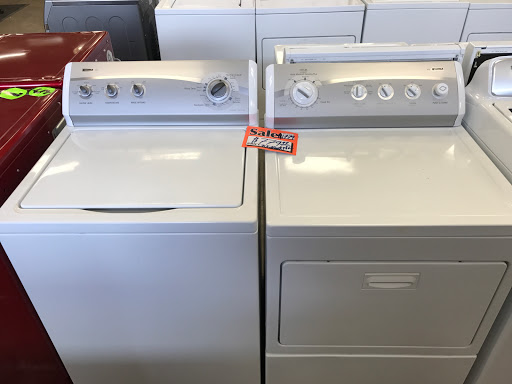 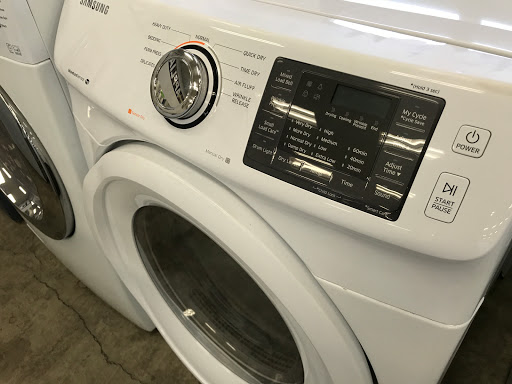 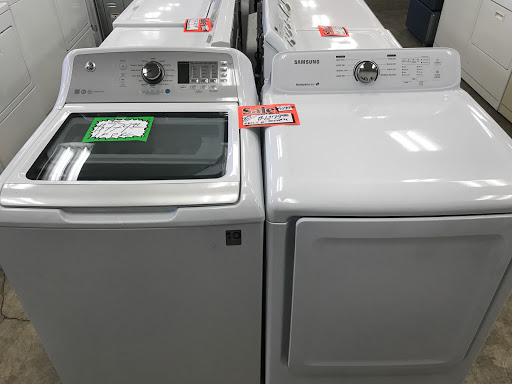 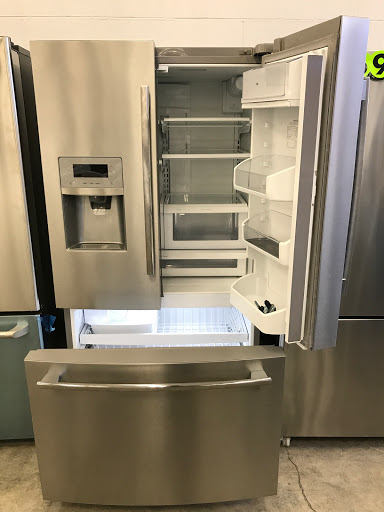 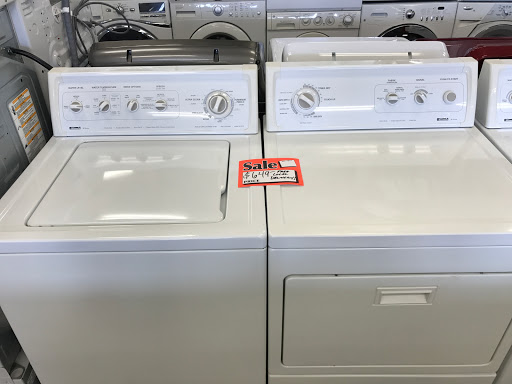