Im hoping that my experience was a unique one and does not reflect on all experiences at Computer Pros. Their work is great, I had nothing wrong with the actual computer services offered to me, at a very reasonable price. Diagnostics were only $45 as compared to others. They did a wonderful job diagnosing my computer, and transferring my files from my old to my new. However, their costumer service to me was awful. They were very pleasant on the phone and upon my first visit, which was a Wednesday afternoon. They tried a couple things before I even turned the computer over to them. I was very surprised and grateful for that. They told me that diagnosing the problem would take maybe two days. I thought this was great time since Im in town on a job from about 7 hours away, and rely on my computer for everything. Two days passed and I had not yet heard anything. So, I decided to give them a call Friday morning. They told me they hadnt even looked at it yet because something came up. I understood, but was given the impression, that the damage was dealt with. Since my computer is so crucial to my life right now, I requested that it get looked at by the end of the business day,since they closed for the weekend. Barbra told me she would give me a call before then and let me know. All day passed and no call. So, I had to wait until Monday. I called them Monday morning and they still hadnt looked at it. This, of course, made me angry. I requested that it be done soon,considering my situation. They called me later, very honest about the cost of the repair in terms of parts and labor and gave me several different options. I decided that it would be best to buy a new computer. So I came in, picked up my old computer and discussed with Barry their computer options and where my $45 diagnostics fee would be applied. He would transfer my data from my old computer to my new computer for free, since I already paid the $45. I was very pleased with that news, but considering their prices, I decided to purchase a new computer elsewhere. A week passes and I brought both computers in to be transferred. Barry took it from me and discussed no fees of any kind, just confirmed it would not take long. This gave me the impression that it could be done by the end of the day. I waited for a call and nothing. So, 5 oclock rolls around and I call them, just to check in. They tell me it hasnt even started and that Barry left for the day, even though they are open until 6pm. Barbra told me that Steve would start and she would call me when it was done, saying they would leave at 6:30pm. I got no call that night. The next morning, they called and left me a message saying that they were sorry it was done, but they did not call me. So I went and picked it up and Steve tried to charge me $85 for the transfer. I told him that Barry had told me there would be no charge. Steve laughed and said, "If thats what Barry told you." So I thanked them for their service and left. 3 hours later, Barry calls me and tells me thats not what he told me and explains that the policy is if you buy a computer from them, thats when he will transfer the data for free. I explained to him, while I understand thats your policy, thats not what was explained to me. Barry quite literally argued with me and refused to believe that he had phrased the policy any other way, flat out told me I was wrong. I told him I was rather busy at the moment and would call him back to deal with it at a more convenient time. I called Barry back about an hour later and told him that i was not informed about a charge and he constantly interrupted me saying that I was. I told him that I payed exactly what I was informed that I would have to pay and would not authorize any more purchases on my account. He told me that This was" bad business" and I agreed and he told me that I did not know what I was saying. I started to thank him for the services provided and Barry promptly hung up on me. It was the rudest I have ever been treated and I would never go back or recommend them to anyone else.

Have had trouble with my Acer Laptop since new. Had it worked on in Morristown, New Jersey while I was visiting my son. On my return home was still having problems. Went down to Computer Pros in Kearney, Nebraska and asked if they could fix it. Steve said to leave it and he would fix it. If you want your computer fixed right, without robbing a bank to pay for the repairs, take it to Steve at Computer Pros. I wish I could give 10 stars. This is the best place for computers, phones, and everything electronic. Please go in an talk to them. They explain things in English!!!!

My computer was on the verge of crashing and I called Computer Pros for help. Steve, came out within an hour and got me up and running until he could get a new computer out to me. Steve then came out onsite, installed my computer and all of my programs the next day. Very quick, Very professional and Very reasonably priced. Thanks Steve!

I bought my Lenovo Lap Top from Computer Pros in 2011. The staff has gone over the top in customer service. Not only did I get a great product but I continue to received advice and support from them. Thanks to the team and special thanks to Scott.

I was very pleased with the service for my laptop. Scott is a very helpful technician.

Local place to get all your nitty butt computer parts!

Highly over priced in all areas of business! 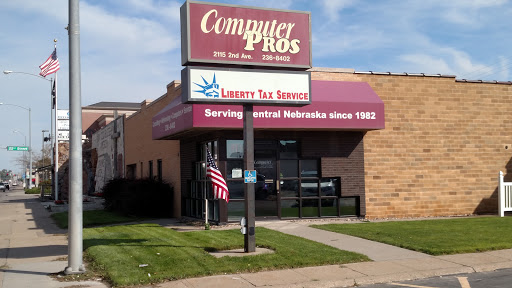 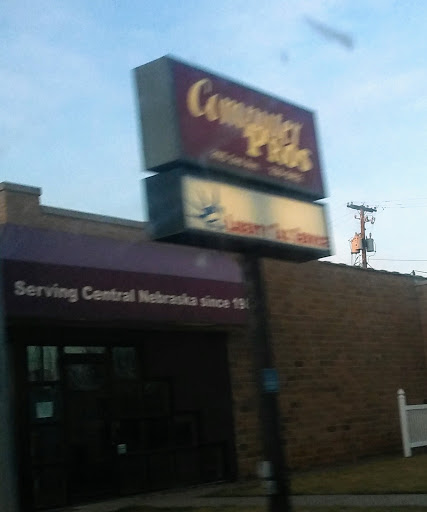