I finally was able to pick up my 2016 Odyssey after it stayed at the dealer for 2 weeks yes, 2 weeks! All I wanted was a oil change and my drivers heated seat fixed, no one in the service department would listen to what was wrong with the seat, all the service would say is it is preforming properly! I had placed several calls to the service department and even the manager and no one would return my call. I finally got the assistant manager Bob that used to be a service writer, listened to the problem with the seat and they finally got it fixed. We had asked them to apply the diamond coat to the window and it did not get applied, so upon pick up after 2 weeks my cars was still not ready. I had to wait for a wash and the diamond coat to be put on. Terrible service!! And the worse part is I want more accessories added to my car, but wont be their!! OK, after a few dissatisfied phone calls from Honda, they dealer did try to rectify things and make the better! after the 16 day stay and the length of time to get my car done. The accessories were offered to me at a discount and alot od apologies were given, so I gave the dealership another chance to make right from my last visit. The service manager was very willing to do his very best to make me happy, which he did. But shouldnt this be a everyday experience? Not make someone get angry or frustrated from the 16 days of your vehicle sitting in the shop and they r doing nothing to it?? I feel proper care should be taken with every vehicle, after all this experience my car had a big Grease footprint on the door jam at the floor and some on the carpet, plus grease on the roof of the car, and lots 3 to be exact extra pieces when the car was given back to me. Now come on grease left from the techs should not happen and extra pieces, I hope the rails were put on right. This job should have been a no charge for my inconvenience from the 16 days of waiting for my car. Now I get to deal with the grease spots. Nice try to rectify the issue. But dont think I will be back. Well Shawn asked me to give the dealership the opportunity to make things better and fix the issues that I was not happy with! And let me say Shawn did a outstanding job on my Odyssey, ALL the issues addressed. And Shawn even took it for a total detail and the car came back to me better than when it was upon delivery! A 5 star would have been given but too many visits to make it right. The service department is on its way to be very good. Just do this type of service the first time the car comes in. Thank you Shawn for given me faith back into Suburban Honda!

Found an ad for a used Honda Ridgeline. We didnt have any worth buying where I live, so called them about their vehicle. Salesman said it was "Perfect inside, perfect outside." He even got in the truck and drove it and talked to me about it while he was on the cell phone. He said, " I wouldnt want you driving up here that far and being disappointed. Its perfect inside and out." So we drove the 3 1/2 hours to get there to discover it had a very large scrape across the back driver side bed and some small rust spots here and there. Another couple of scrapes on the bumper. I wouldnt have expected it to be perfect for its 10 year age, but he said it was, so we came. Test driving you could hear the brakes grinding, and the front pulling right. Tires werent great, but we could see that in the pictures before we came. Underneath the exhaust and undercarriage were rusty, as well as hitch and wiring. License plate holes had a rusted broken off bolt in one hole so you couldnt even mount the license plate.. The oil cap had burn oil and crud in it. There was dirt everywhere inside the bed and trunk from the previous owner who obviously didnt care for it well. We wouldnt expect the dealer to be responsible for what the previous owner did, but we do expect honesty. The interior was dirty including the headliner and carpet. It was FAR from perfect, inside or out. And mechanically looked like it was going to need a couple of thousand to put right, not counting body work. We were very disappointed. The salesman said, "Well, its perfect for its age! You wouldnt expect it to not have some scrapes and wear! That body damage could be repaired for no more than $300. Not from a body shop, but we use a guy who comes out and does touch up for cheap. I can give you his number and he could come out. I guarantee it wont be more than $300. We wont pay for it, but you could. A body shop would charge you an arm and a leg, but you dont want a body shop." The price was below book by a couple of thousand, which makes a good clean vehicle attractive. But with maybe 3 or 4 thousand dollars of work needed, its no great deal. We wouldnt have bothered. Its not what we were looking for. Save your time. They will likely do the same with you. Unless of course you like cheap paint repairs that wont last covering up bad spots and mechanical breakdowns.

This place is the worst place in the world. Awful customer service. I had called to inquire about a specific vehicle a week ago which They told me they had. Andrew Keller the salesman gave me his cell number and told me he will contact me if the car was gone but to come in ASAP. Today, 3 hours before making an hour drive and leaving my office early to get there this individual told me to come that the car was still available. It was a lie. Upon arrival he gives me a different car to test drive to which I agreed despite such deception. Roger his manager is the rudest individual I have ever encountered . I guess those are the type of people that work there. I was called multiple times by roger and Andrew while test driving the car to inquire about my whereabouts!!! Roger told me " here the test drive is only for 10 min". What a service !! Especially when I told them in the first place that I was buying the car for my wife . Common sense is she needs to see it first but he was harassed into returning after an hour of being gone to show the car to my spouse. Upon my return these two individuals were not only rude to me but also my wife which I dont appreciate. For lack of better words we felt unwelcome and just so rude. As a doctor and an individual I never had such an experience. When I proceeded to tell them that such was unprofessional they told me that " here we do things differently and do not care about your previous experiences elsewhere were". I had bought many new cars in the past and no one spending their own money should be treated as such. Such rudeness, lies , lack of communication between management and sales associates just not acceptable. Im angry. Not the way anyone should be treated and definitely not the way I expected to spend my evening especially after making accommodations to leave work earlier. Stay away from this place !!! In addition to my previous comment, I will not accept a response about contacting some manager to resolve this. Im expecting a personal call from roger and Andrew Keller for an apology. In all the previous reviews that was the only recommendation which I think is crap. The bad customer service even from previous individuals must not had properly addressed otherwise such a bad experience will just stop from occurring. This is simply absurd. 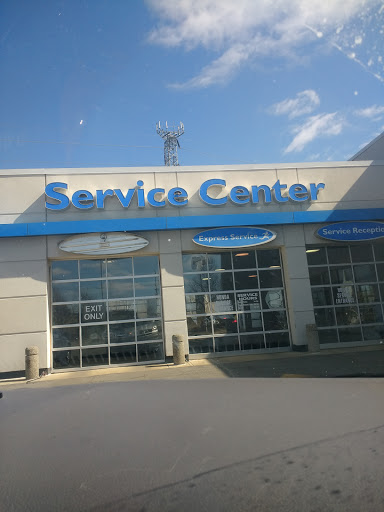 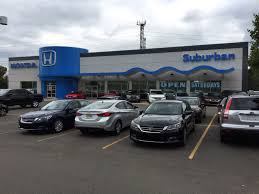 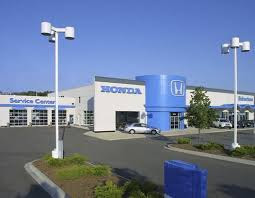