Buyers beware. I never do reviews bad or not on a business, but its worth it to inform future customers. Found a vehicle on Craigslist they posted for a 14,999$. Went to the dealership on a Saturday to take a look and be told that the truck is normally priced at 15,999$ but the owner was running a special. Fine, so I drove it and when I got back from the test drive the salesman told me theyd honor the 14,999 price. He then asked me if I wanted to put a deposit down on the truck in which I said no In case my mind changed or something with my bank fell through, and told him if they find a buyer by Monday then no hard feelings if they sell it. So I left, make it not even two minutes down the road before the same salesman called me saying his boss said he cant do 14,999$ price anymore if I dont buy it today or put a deposit down and that if I came Monday it would be 15,500$. So telling me theyd honor the price then taking it back minutes later is not a great start. So I called my bank Monday and got approved when I got a call from the salesman saying another customer offered them 15,000$ and theyd give me first dibs at buying at that price once again.... so they kept flip flopping prices on me which isnt good business practice. So I got called into work when he told me he would start paperwork because I had planned on coming in the next few hours, Im on call for work and had 10 minutes of notice to show up so I didnt have the chance to call back, and I couldnt call them back due to being out of the country the next few days in which they called me multiple times while I was gone to ask what happened. I then returned their calls once I landed at the airport in which they salesman argued with me after I told him I was no longer interested at their 15,000$ price because of the back and fourth and the mileage was too high for me and that price in which he got mad and told me that they held that for me as a courtesy (in which I told them not to), and changing the price up on me was how "we do business, cut and dry" in which he continued to bash me for not returning their calls and leaving them hanging when I had no chance to call them back. Ive never had this bad of experience buying a car or anything.. and Ive bought plenty of vehicles... I realize the customer isnt always right, but I know I wasnt in the wrong in this situation... buy at your own risk with these people. If they cant handle a transaction they wont care one bit about you once the vehicle leaves their lot.

Joe Bladecki is a COMPLETE A**HOLE. I went to his dealership to check out a 2010 nissan frontier. On the phone he said it runs great he just drove it to boston with no problems, blahblah.... so i showed made the hour trip to look at this "beautiful" truck.. i get there and First the battery was dead... not a big deal, maybe the lights were left on. There was literally cobwebs on the rims... did they go to boston too? Then I popped the hood, where his younger son came out and I told him the truck had absolutely NO coolant in it. Reservoir was bone dry and radiator was empty. He told me to start it up and take a short test drive. WITH NO COOLANT IN IT! I told him Id wait. Then I witnessed Joe (owner) dumping in 2 gallons of water and a half of a bottle of antifreeze into the reservoir and radiator... IT ALL PISSED OUT ONTO THE GROUND! The radiator had a hole in it! He just shrugged it off like nothing. HE JUST SAID HE DROVE IT TO BOSTON! He has it listed on Craigslist for $16,999. When I went in the tag says $17,999. I figured Internet price. (Dealers usually have cheaper online) he denied it 100%. Said "must be a typo" I showed him his post on c.l. where it clearly stated $16,999 3 Times! He then offered it for $16,999 without his dealerships "amazing" warranty and he would keep the truck cap for $16,999. I respectfully declined and left. He called me 3 days later asking if I was interested. I responded "Im still looking around, I found a 2011 with 70,000 miles for $16,900 that I am going to look at", he immediately said "well that trucks a piece of s**t" THAT CALLING THE KETTLE BLACK HUH MR. BLADECKI! Shadiest dealer Ive ever been too and will not EVER refer anyone there. ( I ended up finding and purchasing a 2010 6 speed frontier for $14,999 with 10,000 less miles and a warranty!)

BEWARE!!! Wish I could give them zero stars instead of 1. Purchased a Mazda CX7 with 102,000 miles on it for my daughter in college , winter of 2017. The car overall appeared to be in good condition on the surface. Check engine light came on while on the test drive, Joe Jr. reset the light and told me it was because the gas cap was loose, apparently from the car sitting on the lot over the winter. Received 20 day plates and a NH inspection sticker... on my way home with the car within 25 minutes the check engine light returned, then moments later I had a major brake failure. I nearly escaped a horrible accident (behind a school bus of all things). Car was brought straight to my mechanic who installed new brakes and rotors for $800.00. However the check engine light was the bigger story...it WAS NOT the GAS CAP but actually a bad head, camshaft and timing gear (to name a few), in the end it needed a whole new motor. $7000.00 and three months in the shop the car finally runs. While at the Mazda dealer we discovered this car had been there before! Big surprise right?... Bladecki actually had been to the same Mazda dealer attempting to cheaply fix the problem with the check engine light - of course by reading this you can tell he was unsuccessful. Instead of doing the right thing they waited for a trusting dummy (as myself) to reset the light and dump it on. After many phone calls and way too much Bologna, Joe Sr. agreed to pay a whopping $1000.00 of the repair bills. In the end it cost me $6800.00 to fix the car. I now have $14,000.00 invested into a car that is valued at best $7500.00. IF NHDOT is reading this you may want to check them out as a inspection station. I SERIOUSLY DO NOT RECOMMEND YOU DO BUSINESS WITH THIS COMPANY- BUYER BEWARE

I was interested in two vehicles at this dealership so today we went to check them out. The salesperson didnt seem interested that we were interested. He was watching TV in the office and simply handed me the keys and said to start the cars, let them run and check them out. Neither car would start. We also saw many vehicles sitting in the lot with flat tires. I brought the keys back to the office and said neither vehicle would start. Salesperson commented it was the cold weather but made no offers to see why they wouldnt start or to get them started. So I left the keys on the desk so he could get back to watching TV. I drove a mile down the road to another dealer and saw the same kind of vehicle I was interested - with less mileage. And it started. 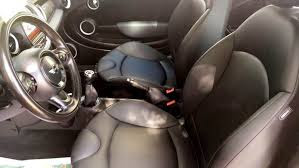 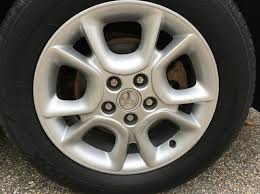