Do you know what I miss about a Harley shop? An actual Harley Davidson shop! Not salesmen running around with secret service ear buds in, over staffed clothing departments, or videos ad nauseam showing what a great staff they have because they can play basketball together in your social media feed. This is what I love about Granite State Harley Davidson. None of the pretentious crap of the sterile corporate environment that most shops are racing to. It feels like a second home with a staff that is both knowledgable and very friendly. Chelsea and Matt in the Service department take the time to listen and understand if you just need a tube of Harley grease for your neck bearings or if there is a bigger problem. If a bigger problem does loom its ugly head in your bikes direction then I have faith in Bill or Brad, the worlds greatest Harley techs, that they can fix it. Bill knows more about these bikes than William S. Harley or Arthur Davidson could have dreamed up and he has had my bike on his lift more than once. Brad is not just a wiz at growing the world greatest beard but can tackle any problem thrown his way. Bigger problem and you don’t have the cash to have a tech fix it? Kevin and Donovan in the Parts department have helped me out more times than I care to think about when funds were tight. Always taking the time to tell me not just how to fix my bike but why it broke in the first place. Yes, usually my fault. Donovan is also a certified Harley tech so you always know you are getting the “straight poop” when you talk to him. Kevin on the other hand has so many motorcycles that they could be considered a geological formation worthy of a National Geodetic Survey marker. Or, maybe your bike is fine and you just want to see whats new? Haley, Chelsea, and Ashley can help you find that present or maybe that AMF Harley hat you just can’t life without. I have never felt rushed, bullied, bitched, badgered, or cajoled into the “buy something or get out” mindset and it shouldn’t take a lawyer to figure that out! They are simply the BEST damn Harley Davidson dealership in New England. Do yourself a favor and find out for yourself like I did.

I brought a numbered bike in for a trade I bought at GSH. #42 out of 150 bikes made. I have made many modifications like ape hangers and braided cables, pegs, grips, etc. The "sales manager" told me everyone wants stock parts . I told him my fear was he was going to low-ball me because he was trying to say everything that made my bike more streamline was worthless. That upset him. He was very sensitive. and told me I had attitude. Then he told me my bike was only worth two thousand dollars. I paid 5 thousand just for the paint job at the same dealership! So i guess if your bike is not still stock dont try to trade it in there unless you want pennies on the dollar. I have spent over 20k in their store. They will not get another penny of my money. If I could give them a negative rating I would. Update. I like your argument and everything but your rationalization is unneccessary. I am sorry you were not the owner of the store when I purchased the bike. My point was I have spent 22k + in your store in the past 10 years and I came back to spend more. So I put some photos i took this winter and the point here is this is not a 2k bike. As far as I know I can get 2k just for the tanks and the fender off the bike. Anyways, there was a reason I stopped going to the store after 09 and now I have more reasons not to go.

I stopped in at Granite State HD on the way back during a 4,000 mile trip from Michigan to Nova Scotia. I have a 2009 Ultra with 20,000 miles before the trip started. i had the bike fully serviced and had an inner race replaced on the primary at my Michigan HD shop just before the trip. My bike started making some clacking sounds while riding through the White Mountains of New Hampshire at 3,000 miles into the trip. The Service Tech at Granite (Chelsea )was very helpful and knowledgeable. In addition she consulted with a Master Mechanic for additional ideas. Chelsea contacted the Michigan HD dealer and got the repair order to make sure all information looked correct. The oil level in the transmission was very low which might have been causing the noise, The engine oil was low, but still showing on the dip stick. Chelsea provided the oil and offered ideas to look at when i got back to Michigan.

My wife and I went there on Friday the125th and we were just looking at the motorcycle and I told one salesman that we wanted to ride in the TOY run this Sat. The 13th. But didnt have a bike to ride. 1 of the salesman came out and asked my wife what would it take for them to send us home on a bike. He. Said a credit card that we dont have so he went back in side talked to the help and came back out with this. $ 74.00 bucks to give it to the Shriners kids. This is where I want to buy a new MOTORCYCLE to ride.

Thank you isnt enough, but its a start. On a Sunday afternoon as they were about to close, this Harley dealership took the time to help me get my broken-down non-Harley motorcycle off the road and into a truck. The care with which they handled the situation, and the clear knowledge that they have about two-wheeled vehicles is exceptional. I would trust them in a heartbeat. If they were able to fix my issue, I am confident they can do magic for a Harley rider.

I cant believe Granite State Harley-Davidson is still in business! Most are pot head working on your bike high. Some dont even have a license do drive. WTF. Put some clothes on your staff, is this a work place, no they just party.. They even let them bring home the shops bike not having a license to drive.

Great harley shop.I was Way out of town needed a primary gasket today donovan took right care of me very friendly sociable awesome awesome awesome guy knows his stuff thanks so much bud .this shop is so awesome I found a used rocker that just might make its way home with me. Thanks so much guys.

Parts Department, Kevin was great! Dave is too. Motorclothes,, Social Justice Warrior alert. Dont walk in there with braids if you are white. She will tell you that you are culturally appropriating them from some other race. Service OK, but I do most service myself.

found the staff today very friendly and helpful and made sure i was up in running in no time.only had a dead battery after my alarm system wiped it out.Needed a jump and they even showed me a short cut without removing my seat.very pleased over all.

I just. Bought.a new fat boy and. There. Was no sales pressure. At all. Like a lot of other. Stores. And. That are the nicest. People. To work with when buying a bike. Or parts and clothes. 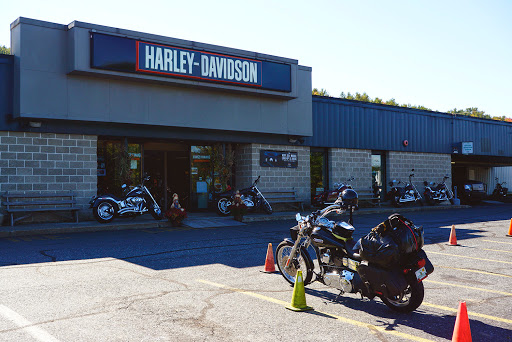 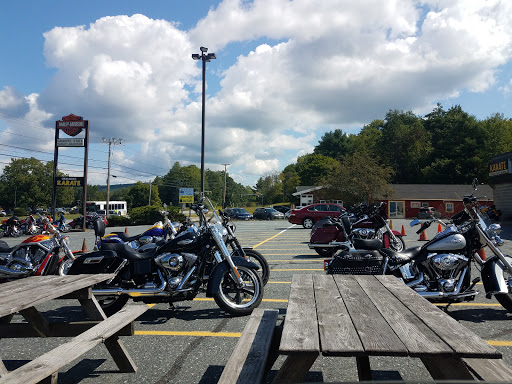 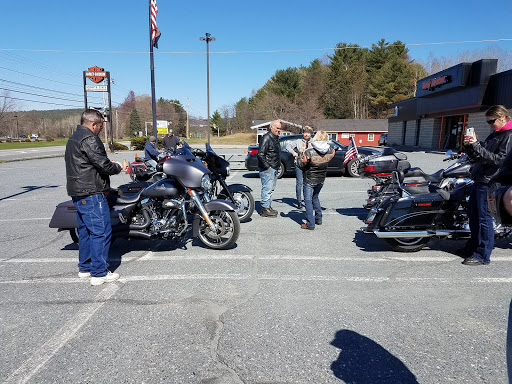 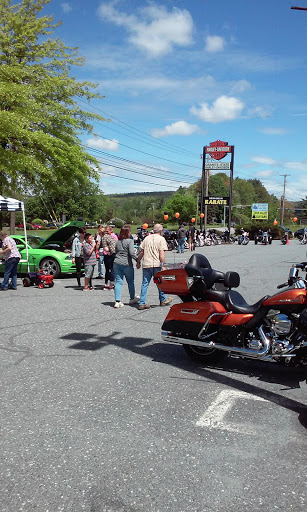 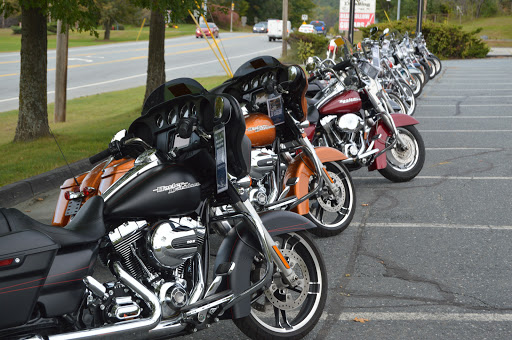 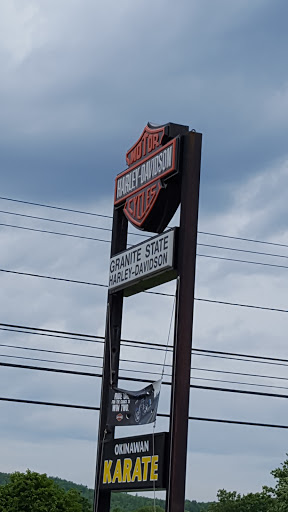 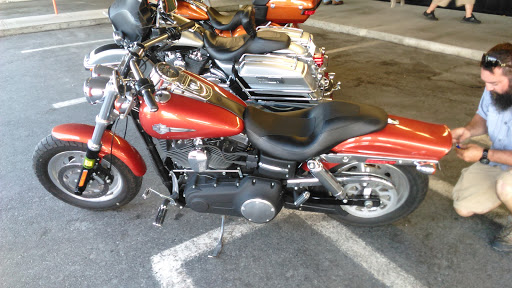 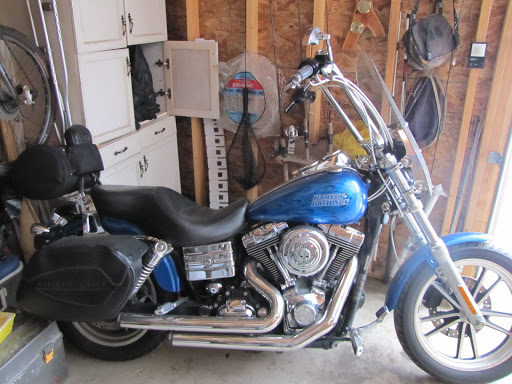 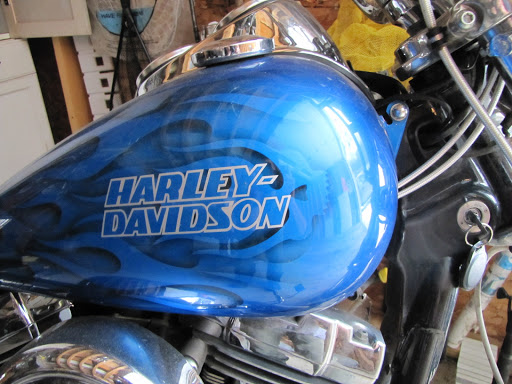