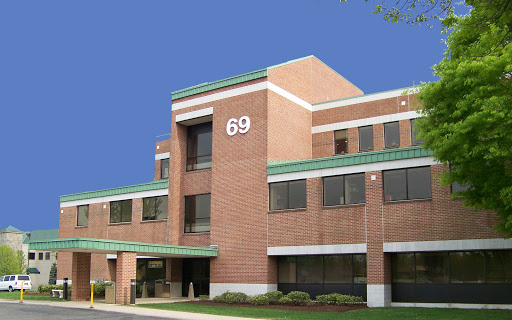 This is my first time ever writing a complaint about ANYTHING. I went there today to get a procedure done and my appointment was at 5 PM. At first I asked to speak to the doctor about my co-pay because I was not satisfied with what he prescribed me with the first time. I had a Stye going on to 3 weeks and I used the warm compress cloth method numerous times in a day. So its been a little over a month with this stye in my eye and im frustrated. Not only because of the Stye, but because I have seen my dermatologist 6 times in 4 months. Each time I have to pay $50 co-pay and thats a lot for me especially because I am a full time student and I work part-time. This doctor is a very nice guy and competence, but he made me wait an hour and a half. I did not see him till 6:20 and I even came in early like they ask me too. So fast forward it seemed like I did not need the procedure at all and what pissed me off the most was the secretary! I thought he said "no copay" at the end because it was legit no more than 10 minuets. I was upset, but I was willing to pay! At the end when I went to sign the paper I told her that I was upset and ive waited over an hour and she IMMEDIATELY CUT ME OFF and tried to argue with me. Very unprofessional and BY FAR THE WORST CUSTOMER SERVICE EVER! I could definitely keep going but this is way too long. Never going back there

Having been a customer for over a decade there were many doctors who gave excellent service. However during the past year I have had issue after issue and am appalled at the level of eye care these doctors give their patients, specifically when it comes to contacts. Danbury Eye issued me my first prescription for contacts and I was pleased, however the past two prescriptions have been incorrect. They wasted my time by filling out the prescription form incorrectly, then I wasted money filling a prescription that was half the strength of my previous one. When I voiced my concerns I was forced to pay for an additional appointment where the doctor wrote the prescription wrong on the form again! More time was wasted returning to the office to have it correctly written, except it was still way too weak! I do not know what has led to the sloppy service during the past few years however this group is a DEFINITIVE NO GO. Do not place an appointment with this group unless you want poor care, followed by headaches, followed by more poor care which will cost you extra time and money. But hey, this is just the unbiased review from a previously loyal customer, enjoy the consequences if you decide to use this office. Danbury Eye: Where Mediocre Doctors Come to Fail #GoSomewhereElse

We took our daughter here for an eye exam. We were told that our medical insurance was accepted. A claim was submitted through BCBS which was declined as it was a routine eye exam. I followed up with our vision provider, EyeMed, who said that they are "In Network". With EyeMeds assistance, we came to find that this practice didnt accept EyeMed until 8 days after our appointment. When contacting Danbury Eye directly, I got an unfriendly response from the other end of the phone that my wife signed something acknowledging that they didnt accept vision insurance (while being told our medical insurance was accepted). Furthermore, there was no disclosure that if we went a week later our entire exam would be covered with a $10 co-pay. You could say it is negligence on our part, but I found that Danbury Eye to be misleading at best and deceitful at worst. I would never recommend them to anyone. $200 out of pocket for a 6-year old who needs glasses, and an expense that could have been completely avoided with a little more transparency on Danbury Eyes side.

Started off with having to wait a long time,even though I was told to arrive early to fill out paper work. Then to my surprise my my almost all of my exam was done by a technician not the Doctor. The last five minutes I saw the Doctor and she checked for eye issues. When I asked to be billed so that my book keeper could pay as we have no insurance, the receptionist was not pleasant. I offered to pay some, but no that wasnt good enough. She wanted it delivered the next day. When I was unable to do that she has been harassing me by phone ever since. Actually hung up on me during a phone call. Not too professional. I would never refer this group to anyone.

Two days previous 9 July 2017 I get an email to confirm an appointment 11 Jul @3:30pm. I confirmed. Canceling all other obligations, I arrive at 3:15pm. This wonderful, ha ha, office does not have me on the calendar for an appointment! Asked to speak to office manager, but Linda was too busy to see me. Her assistant Michelle could offer no explanation as to their office glitches, and offered me nothing, not even the three words, "I am sorry." What a disaster, and no telephone call from Linda as a follow up. Danbury Eye DOES NOT CARE. Only nice person was Laura. Avoid unless you want to be treated like a meaningless human/monkey.

My daughter used to see Doctor Mathias there at danbury eye physician and she had a surgery with him after a few months I noticed that she wasnt ok so I went to see him I asked him if was necessary to wear glasses he told me vo and sent me home to come back to see him in a year ... Not satisfied with his answer I went to see a doctor at yeale and he told me that my daughter a 4 years old kid lost a lot of her vision and she need to use glasses 3.0 and 0.75 all the times ... Cant believe it took me so long to realize that Dr Mathias its a terrible doctor

Rude unprofessional staff, bait and switch tactics. We specifically asked at the front desk before our appointment whether our insurance was accepted and were told dont worry about it. Then we started getting bills from them. They have been hounding us for months even though it is their poorly trained front desk staff that is the cause of this error. How are customers supposed to know which insurance companies they work with if their staff wont tell us when we ask? What is the point of health insurance if you still have to pay a bill at the end?

I have been with Danbury Eye Physicians for over 20 years. I have seen many of the doctors and they have been great. Two of My children needed to go often to see Dr. Mathias and he is great with them. I had cataract surgery and I was very nervous but Dr. Zuckerman knew that and calmed me. He always answered my questions and he was kind and gentle. He was wonderful with my husband when he had laser surgery twice and then two cataract surgeries. I cant say I have ever seen anyone in the group that wasnt good.

Told me they were participating providers with BCBS. Went for the first time for an annual exam.Checked the health of my eyes. Did not do a vision exam as my vision was 20/20 with my current glasses. Got billed for $230 out of pocket after the insurance paid them the contracted amount.For a similar exam in the last ten years, I never had to pay anything out of pocket with an in network provider. They are not very professional. 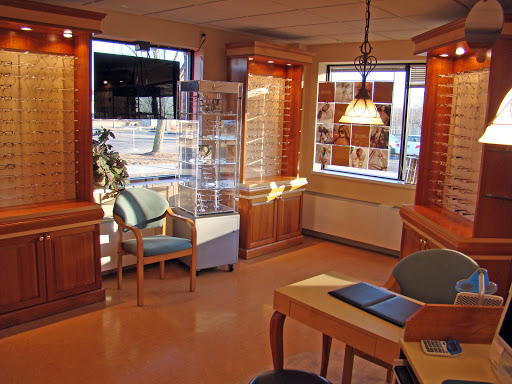 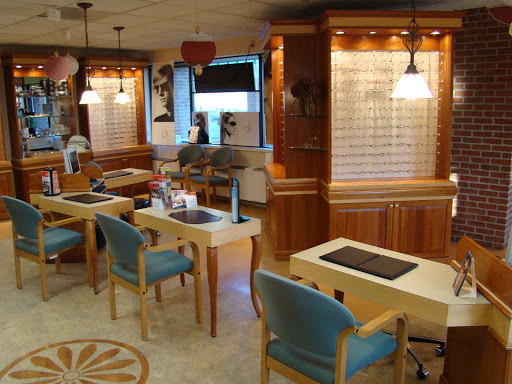 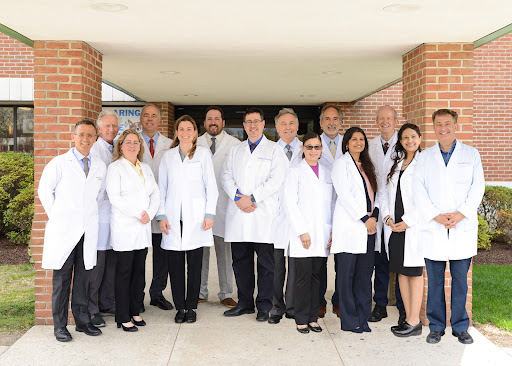 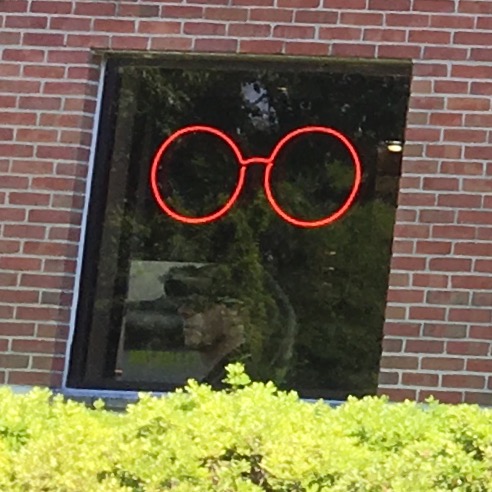 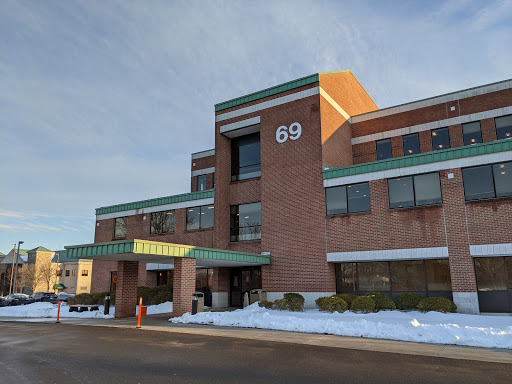 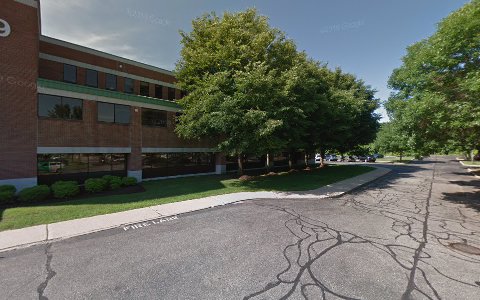