I recently bought a NEW Chevrolet Silverado 2500 from Carlisle. As a part of the deal that was agreed before the papers were signed, my salesman Alex said they would remove the duramax lettering from both sides of the hood. When I went to pick the truck up I noticed the hood was scratched on both sides from them removing the letters. Before I signed the final papers I was told by Alex that they would fix the paint where they had scratched it but it would be the following Tuesday before their paint guy could get to it. I called Alex on Monday to confirm we were still scheduled for Tuesday and was told the paint guy had a death in the family and wouldnt be back till the following Tuesday. The following week I call Alex back to confirm my Tuesday appointment and he says we are good to bring it in. So when I arrive Alex "the salesman" not the paint guy, meets me in the parking lot with a A/C delco paint pen and says he will fix it himself. He tried it on one side and it was obvious it wasnt going to work. He told me he would have to send it to Ellis County Collision to get it fixed so the following week I dropped the truck off for two days so it could be done. When I get there to pick it up the scratches were just as obvious as they were when I dropped it off. The manager and General Manager came out and looked at it and told me "The scratches are not that bad and we have done all we are going to do with them". When I told them that was un acceptable and I didnt spend 45,000 on a scratched truck they told me they were done and I needed to get off their lot. They proceeded into the showroom. I am now working with Chevrolet to try to get this resolved somehow. I DO NOT recommend doing business with Alex or Carlisle Chevrolet for anything. Once they have your money they do not care about the customer or making good on their deals! I gave them 1 star because there was nothing below that!!!!!!!!!!!!!!!!

Only because I have to give them a stupid star! I called on Tuesday to make an appointment to get my oil change done (normally drive from Waxahachie to Moritz in Fort Worth- but because I was already over I decided to call this dealership). I was able to get an appointment for Friday, July 29, 2016. The lady on the phone gave me trouble trying to get my appointment set up because she kept telling me I already had an appointment for my car (No! You wont listen for me to tell you it was my mom who called on her car-which happens to be a Cruze but a gas model!! Mine is a diesel model!!). Well, when I show up to get my oil change I wait for 30 minutes for an employee to come in the waiting room to see if he could speak to me at their front desk area...they dont have oil for a diesel at their location!!!! So, after Ive left work early to make it to the appointment & wasted my time; I now have to drive to Fort Worth to get my oil changed because they seem to be the only ones who are smart enough to keep the oil in stock that my car requires! I will NEVER return to Carlisle for anything ever again!!!

I purchased a 2015 GMC Terrain from Carlisle in November of 2015. I had very little interaction or issue with my car until recently, as soon as the warranty expired. Although I have only had my car for a year and four months, the passenger side blinker bulb burnt out (the first issue). I purchased the bulb on my own and called the dealership to see if they would do me the courtesy of installing it. Apparently the "c" in Carlisle does not stand for courtesy or customer service. Sure, theyll replace it, but the cost would be $160. Reminder: I own the bulb replacement, I just need someone to take out one bulb and put in another. Crazy. I called Jiffy Lube down the street and they put it in for free. Looks like Carlisle could use a lesson in customer relations. We are in the market to replace my husbands car and I will be damned if we step foot on Carlisles lot. I will learn how to ride a bike and ride that around town before I purchase a vehicle from here again.

This place was awesome! I just moved to Houston, but still travel back and forth between Houston and Dallas. I was referred to this place by a friend who has had several cars from Carlisle. I sent Austin B. the options I wanted on my new truck and a timeline as to when I needed to pick it up. Within a couple weeks he responded saying he had it. Long story short... I picked the truck up right on time with everything I wanted. It was substantially less than every other dealership I had talked to and had a couple more options. Im not usually the type of person that does public reviews, however this place deserved it. I was on my way to a meeting in Dallas so I had to make the pick up quick. I was in and out extremely fast and wasnt haggled or oversold by anyone. I shopped around and not only were they less than everyone else but they took their time to find my exact truck (Texas Edition - 1500 Silverado). Love it!!

I was not impressed with the overall operation of this dealership. I went in about 3 weeks ago and a new salesman was assisting..Mr Von. I was only interested in one particular car in which I made clear I already had financing and wanted to use Capital One or I would go elsewhere. The vehicle did not have a warranty(none).. they didnt offer any to the purchase either so Capital One said no due to mileage and no warranty. He never called and asked to make another attempt!!!! I made it clear I didnt want my credit ran multiple time. I was ok with that but then the salesman went ahaid and ran my credit 9 times in one day!!! You have depleted my credit score and somebody needs to answer before I get media involved. Ive made multiple attempts and nobody wants to return calls. Somebody will be held acccountable!!! My advice dont give your info to these guys without being there to see every move!! Thanks Mr Von Pigg

We were kind of stuck having to go to Carlisle as they had a very specific Canyon we were looking for. Upon arriving, we were ignored by every person who walked by us for a solid 20+ minutes. In spite of poor customer service we moved forward with purchasing the vehicle a few days later, again as it was the only one within hundreds of miles. Upon picking up the truck and getting it home, it was very apparent that the truck hadnt been touched since we test drove it. Not cleaned, not detailed. This probably seems like a really minor sticking point, but Ive never, EVER purchased a new vehicle where the dealership didnt make sure it wasnt pristine upon driving off in it. The overall feeling is that they really just dont care about their customers.

I took my 2006 GMC Envoy in for them to figure out why my check engine light was on. Worst customer service department ever! I ended talking to every guy there. Each one told me they would call me right back and never did. I finally just marched myself into the service managers office. He said he would personally handle it. On a Friday, he did call and said he thought it was the throttle body and he would order one and get it the following Monday. I gave him extra time and didnt call again until the NEXT Monday. He FORGOT to order it. THEY HAD MY VEHICLE FOR 26 DAYS. I just went and picked my car up. Check engine light is still on. Do not take an older car to them. They dont even rate 1 star. ~ Kay Wenzel 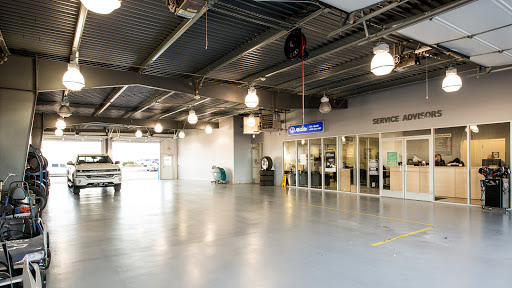 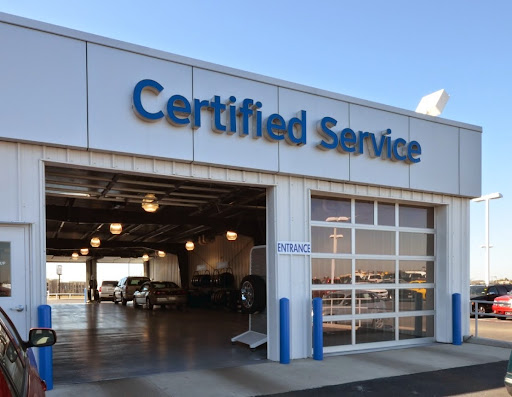 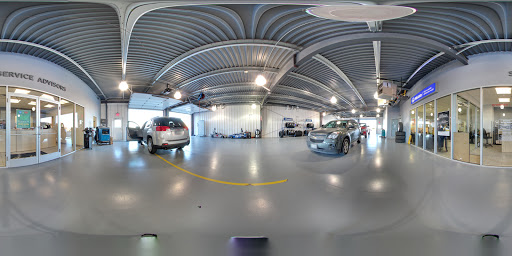 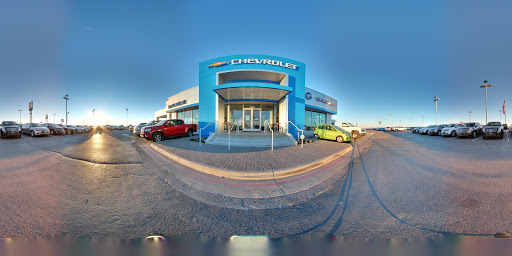 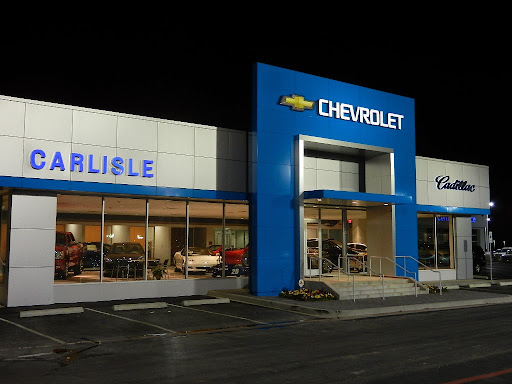 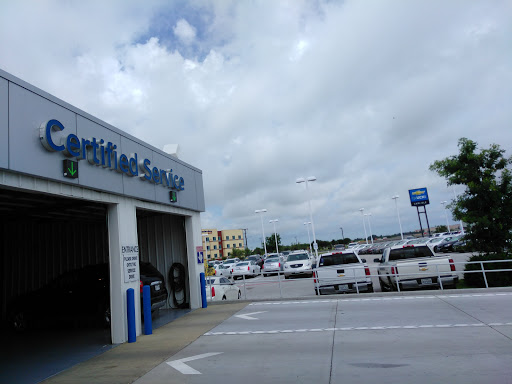 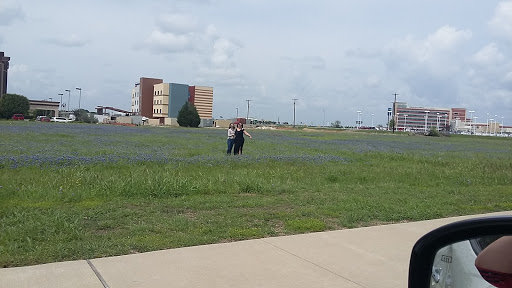 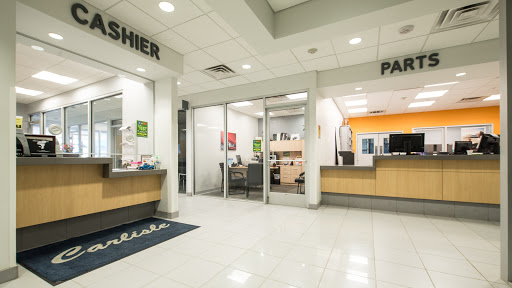 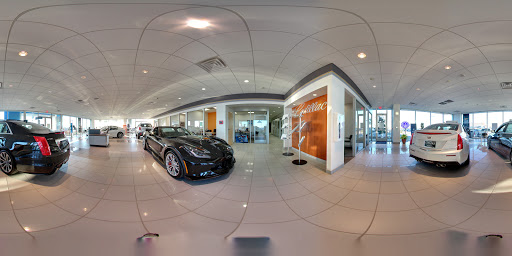 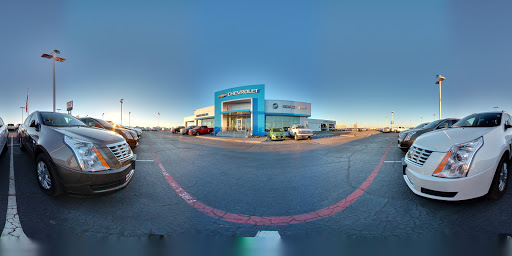 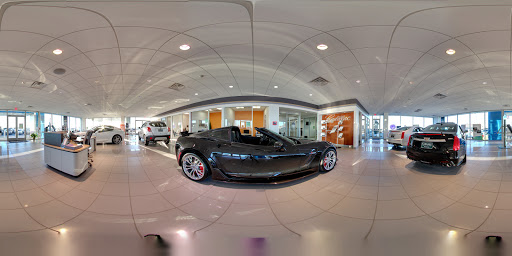 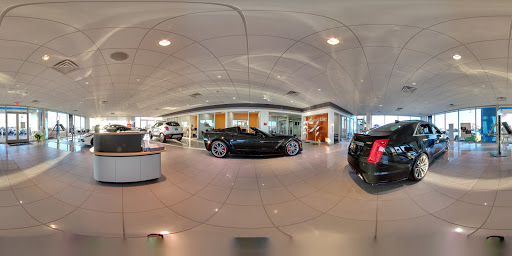 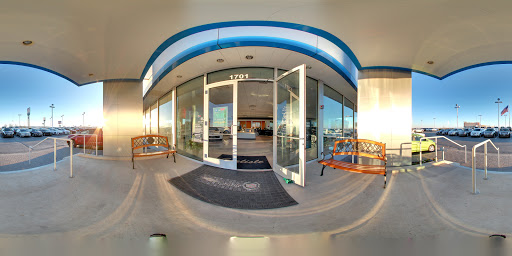 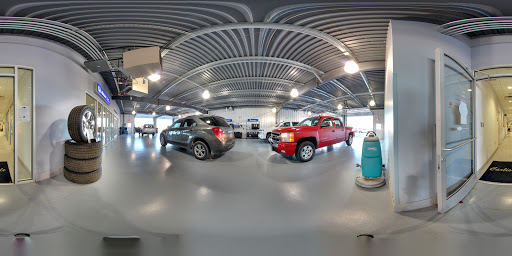 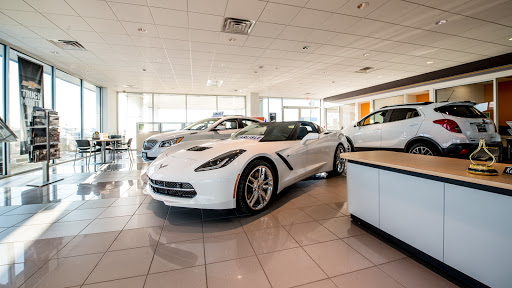 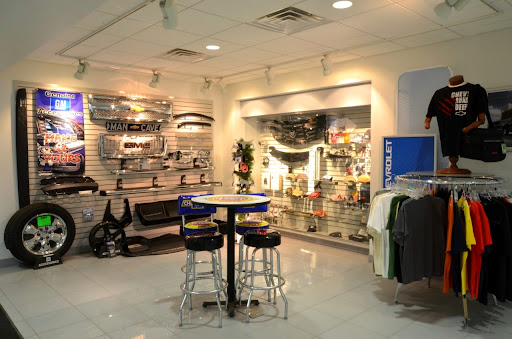 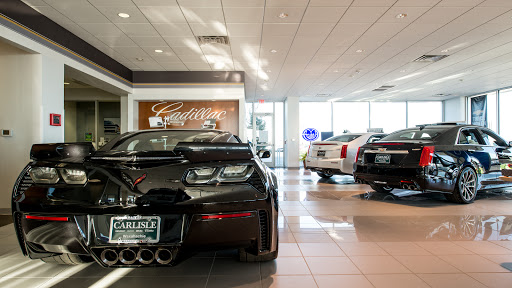 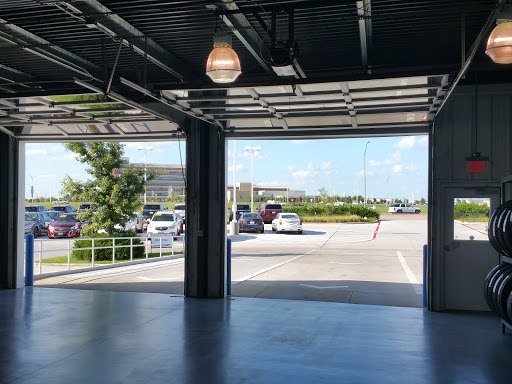 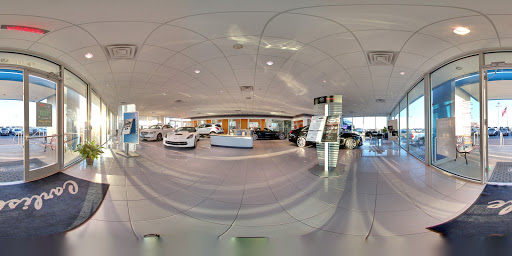