I have been going to vision works for well over 10 years, I have always gone to the one in Dedham (Westwood now) they have always been very pleasant never any issues. My Micheal Kors frame broke, my location referred me to the State street location stating they had my frame in stock, when I walked in I explain the reason for my visit, I asked for the MK collection, the lady completely ignored me. I asked again, she responded never making eye contact "your out of luck we no longer have a contract with MK! and continued showing her co worker shoes on the computer, I walked out of the store. I them found my frames at TJ MAXX, since I work 2 minutes for the state street location I figured I would give them another try, I Walk in with my new frames, and I asked if the lenses can be placed in the new frames. this time I was speaking with a gentlemen who said sure Mrs let me look up the number on your old frames to make sure the are the same. before he could even pull up my record the same lady comes over interjects snatches both glasses out of my hands and shows them to me and say " any fool can see their not the same shape, slams the glasses on the counter causing the lens to pop out of the old glasses on the the floor, scratching the lens. I was furious, I called the Westwood office and explained to them what happen at the State street location, they told me come in after work, they changed the lens informed me that the fames were in fact the same exact frames and ordered new lenss for me. NEVER GO TO THE STATE STREET OFFICE. I so many people i work with complain about this location but suck it up because they work in Boston, but I refuse to be treated so poorly. I will be writing a formal complaint to their corporate office!

I left work early to be at a 5pm appointment. Was running late due to the T. I called and said I would be late, they said "thats fine"... Then received another call that I have exceeded my 10 minutes and my appt was canceled and I would have to reschedule it. I understand I was late, and thats was my fault. But, they were not accommodating in any way, and should tell people that up front if thats there policy. I wouldnt have rushed to get there had I known my appointment was going to be canceled. DEFINITELY taking my business elsewhere. So annoying that now I have to leave work early on another day, and I am still without contacts for however long.

I scheduled an appointment for 4pm but when I walked in, another girl walked in saying that she also had an appointment at 4. They clearly overbooked. My name was already in the book for 4pm. They wrote her name in after mine and called her in immediately. The guy claimed that her appointment was already scheduled. This is when I made it clear to him that I saw her name get added right under my name while I was at the front desk. He had no response. Theres no organization and they didnt have the courtesy to own their mistakes. Just say, "Hey we messed up, we double booked. Im sorry."

Had a great experience here. Went in for a 9:30am appointment, and expected going into it having to spend a long time at the office (most of my previous eye appointments elsewhere were at least an hour and a half in the office). I came in and within 5 minutes was seen by the doctor, who was incredibly friendly. She really cared about what would make me see the best and ran a wide range of tests to see what that would be. Afterwards I checked out for my contact lenses, and the staff behind the desk were very friendly with me. Overall a great experience and will definitely come back.

I had a very good experience with this store. I didnt have a lot of time and I just needed to get a pair of glasses with the insurance I had and the staff made it very easy. Especially Tamika, who was honestly trying to figure out the best deal for me. When I told her that I just want the free pair that comes with my insurance for now, she respectfully accepted that, processed my selection and helped me get out the door so I can return to work on time.

When purchasing glasses, I was told that I had 1 year warranty if anything is damaged or broken. When I went back because of scratches on one of the lens, I was told it was not covered as damaged. How are scratched lenses not "damaged"

I have been going here for two years and they are great! Very friendly and helpful staff and I have never had an issue with booking an appointment or picking up my glasses/contacts. Thanks!

Have cancelled on me twice. Not going to them anymore. Doctors seem pleasant but I cant be rescheduling appointments constantly. 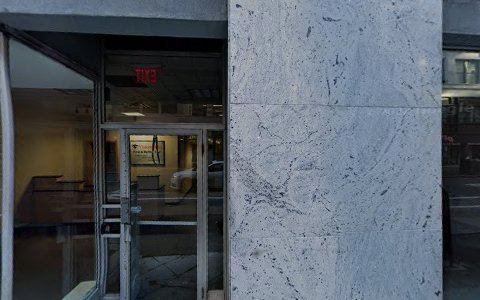 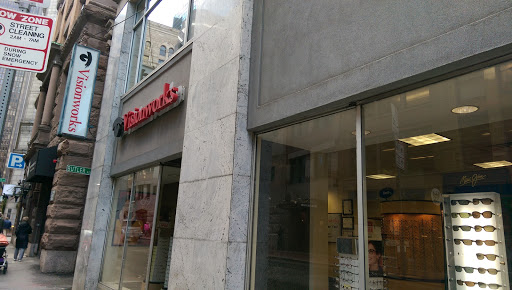