I picked out a pair of glasses that were covered by my insurance plan. They felt a little too tight and I was told they could be adjusted. I picked them up and had them for about a month and had to have them re-adjusted 5 times: twice at Tavel, once at Walmart and twice at Indiana Eye Clinic. One of the screws also came out of them and that is when I took them into Indiana Eye Clinic for my final time. The man I spoke to told me that Dr. Tavel gave me a pair that was way to small and they should have known not to. I got in touch with corporate office for Dr. Tavel. Then I went in and sopke to the manager and she offered to make me new glasses and an additional pair, but I told her I just wanted my money back. She told me that corporate office did not instruct her to give me my money back so she did not give me a refund. I had to call corporate office FOR THE 2ND TIME and they told me I could go back there and get my refund. So, I wasted part of my day and returned to the store to get my refund when I should have recieved it the first time. The manager was very rude in the process and did not even apologize for the inconvenience of having to come back or for the mistake they made. I also have to wait 10 business days to get my insurance benefits reimbursed before I can go to another optician center to get glasses. One lady named Stephanie that was an operator for corporate was very kind and noted everything that I stated down and apologized many times, even though the situation was not her fault. She told me she would turn it into Andrea, who was also kind. After my terrible experience with this location, Dr. Tavel will not be recieveing anymore of my money. My benefits covered some of the bill but I paid the rest. This location is very rude to a customer who just wanted his money back. I should not had to have came back to the store a second time. It was not my fault, I did not make the glasses to small. So my recommendation is do not spend your money at this location.

It was the eye exam from hell. Quite honestly. My wife and I went in for our 6:30 and 6:45 appointments. I wasnt seen until around 7:40. She had to wait around for me until well past 8pm. The Dr was cool and did his job. The major problem was just lack of management. It was so disorganized. They had scheduled way too many appointments and were at least 75 minutes behind schedule. On top of it all when we finally got finished with the exam part, the women at the front desk, though very fun people, were entirely unprofessional. We spent an hour seemingly standing there as she chatted us up about our favorite TV shows. She haf problems finding my insurance, which she stated was becsuse the woman who received us at 6:30 entered it wrong. My wife joked afterwards that we basically worked an associate shift schedule considering how long we were in there. The method in which they tallied up the total for our contacts frames etc was absolutely archaic. There is no system! She literally used an associates iPhone calculator to tally our total payment. Wtf!!?? We showed up at 6:20pm. We literally left 5 minutes after close. At 9:05pm. And it wasnt just us. It seemed like it took every person before and after us about the same length of time. One woman walked out after her appointment was stolen by a little girl who had only been there for an hour, this woman was there when we were at 6:30. She finally left angrily at 8:20. The Dr came out after the little girl and asked what happened to the other patient. And as if it were commonplace the reception stated "she walked out" the Dr quietly mumbled "oh". Customer service dont try and contact me unless you invent a time machine an can refund my 3 hours. Done forever with tavel family. Bye for good

Not happy with the customer service. Waited for trail pair of contacts and when I tried them out for a day and prescription was off, I called. No holding music and on hold for 15 minutes so I called back to make sure I wasnt forgotten about. When I called back they told me they were busy and have to place me back on hold. I called back and asked if they would take my name and number and call me back when convenient for them. Good customer service would have given the option to stay on hold or request a call back. When I was in the office and had my exam the Dr told me the staff would now fit me for my contacts. They let me roam around and didnt notice me until I had to go change my baby in the car. Then they thought I walked out without paying them. Long waiting times to see the doctor and no air conditioning. Not a pleasent experience overall. They also dont think they can cancel my glasses from coming in with wrong prescription. Why wouldnt they have me test out contacts to ensure that prescription was accurrate?

Lemme tell you about my experience, by far the most fun Ive had picking out glasses!! Stephanie, with a PH not F, (she made that clear =] ) was so fun and pleasant. Out of all the places Ive ever been to shes been the only person to tell me when I try on a pair of glasses "nooo i dont like those on you" usually you know people say "yeah oh so cute" but she told it like it was! Love that! Also loved the dr. Dr Eyeball is FAB!!! Such a funny man!! although there were some girls that need practice on saying hi when people walk in some of them just sat there and wait until you say something. All these negative comments are whack! Some of you need to come down from your high horse and be rational. you didnt like what they said about your insurance, they dont control that they just tell you what it says (I work in healthcare, get this alllllll the time), you dont like the frames they have go someplace else? you dont like that they put you on hold? people get busy? maybe stop and think its you. DR TAVEL ill be back!! XD

Very good doctor that exams your eye just they guy who does it!!Hes the only good thing in this place!Doctor did his job great and fast and easy ! Dr.Mark Houser youre the best doctor I have ever had and I will continue to come because of your great service!Only bad thing about this location is the staff infront! But I recommend this one way more than the other one!They were all on their phones the entire time while they greeted me and didnt even look up from their iPhones except for one she is latina is all I know she was very kind and very professional!Also one was most worried about a selfie and the lighting in it then registering me!Fix the policy on phones for staff! But overall not a bad location because of the modern building and equipment also best doctor!!!Just a few touches nothing much !!

Well I was hoping that because sometime had passed on the bad reviews that we would have a good experience. We had a 9:30 appointment and got to the door at 9:10 and it was locked. She came and let us in . We told her we had an appointment today , she looked at us ,asked his name and said " are you sure its today "? I told her I was sure. She looked it up and said " it was rescheduled for the 22 nd" I replied " no one called to let us know it was rescheduled". Then my husband played her the voice mail confirming his appointment for today . Someone told the girl " just get him in , its to early for this hassle". I hope the rest of the appointment goes more smoothly. It seems like the left hand doesnt know what right hand is doing. Not very professional. 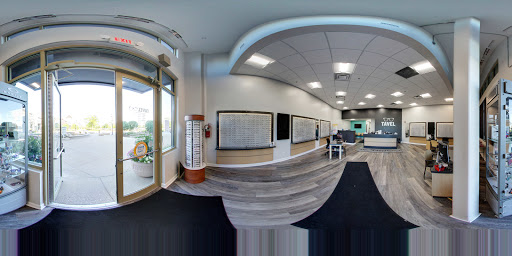 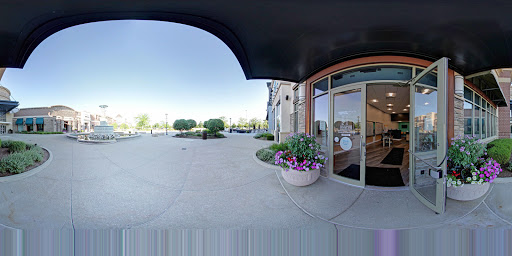 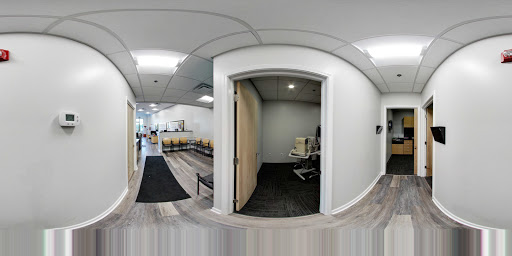 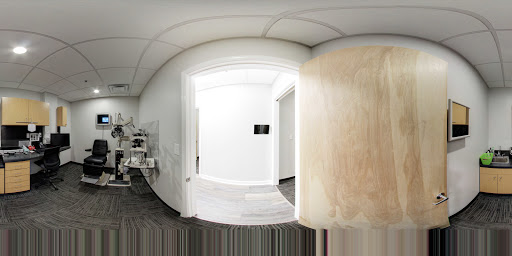 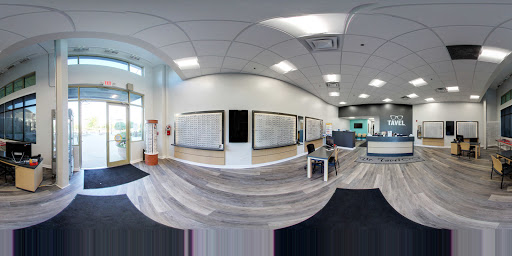 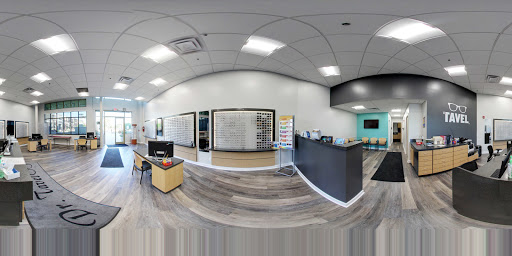 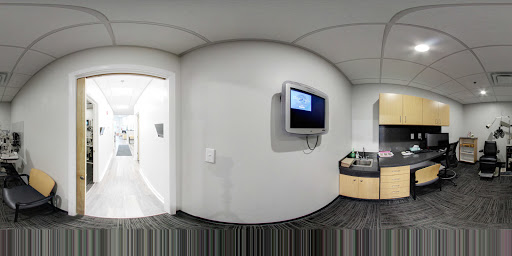 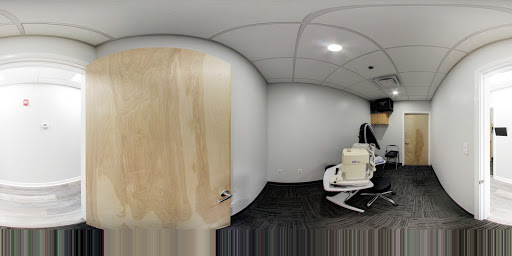 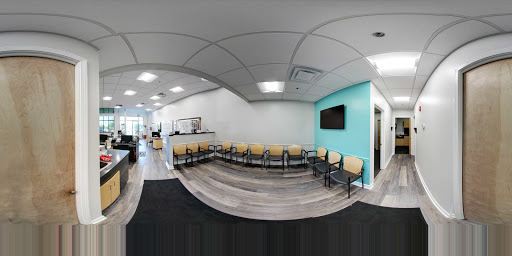 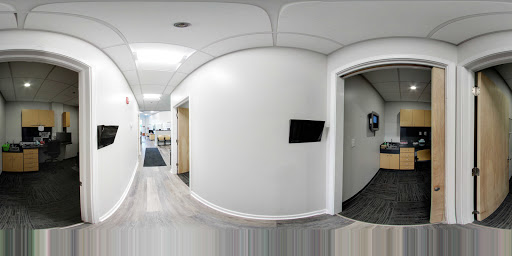