I have never been LIED to more by a group of people in such a short amount of time! My initial lousy experience was when the Sales Manager, Sharif lied to me by saying the difference between Autonation FORD and the other dealerships I was shopping was that Autonation had ALREADY approved my financing, while the others merely did a credit check on me. Armed with this information I went with Autonation FORD. I then sold my other car only to get a call back from Autonation almost two weeks later that there was a problem with my financing, and I needed to provide additional information or they would repossess the car. I had just moved here and did not have the information they requested, a fact that I made very clear with both the salespeople and financing dept. BEFORE I purchased the vehicle. I was narrowly able to secure the financing I required but not without experiencing an obscene amount of aggravation beforehand. Today I went in there to pick up my touch up paint that I had paid for 2 weeks previous and was told it would be in "that day" and that I would receive a phone call when it had arrived. I never did received a phone call so I dropped by 2 days later, only to discover they had already sold the paint (that they required my money in advance to obtain) to another customer. I was understandably disappointed so they offered me $12 back to alleviate my experience. I still am trying to understand why they didnt refund the money right then and there being that I had already paid for it. I also asked that the cashier to write down what he had promised me so that I would not have a problem if I came in and a different cashier was there. He refused to do so and assured me that I wouldnt have a problem, which I of course believed at the time because why would a guy who just spent $30,000 on a car try to get over $12 on you? Not surprisingly, someone else WAS there, and they DID give me a problem about the 12 lousy dollars. So when I proposed to the clerk the question I just asked you, he then went to his manager for approval. His manager then offered me a free hat, which I had two of in my car. I told them to give me a full refund and I would take it up with the original clerk who offered me the discount..on principle alone. Then, magically, the clerk who offered me the discount originally appeared from behind the curtain. I asked him out loud in front of three witnesses if he said he would give me $12 and he agreed out loud and said that was why he came out there. He told the cashier in Spanish to give me a refund and then left. The cashier gave me a refund for $8. When I perplexingly asked her why not the full $12 I was promised, she said he had already given me a discount on the paint, which he had not. Thank you for making it this far. Long story short. For 4 lousy dollars these lying snakes inspired me to write a complaint letter that will be on Google until the end of civilization. A review that may eventually cost them thousands of dollars. There is a corporate culture of dishonesty that permeates Autonation FORD Torrance from the top management all the way down to the people behind the registers. I will never give these people my money again for any reason, and neither should you!

10/24/16New review !!!! : like everyone can see I left a really good review to this place but I was really fast judging, this place like all other autonation are a scam ! I bought the the f150 pre owned after a week the truck start to make noise and I took it to the dealer at Tustin ... they said its a catalytic converter.. and its gonna coast 2000$ and no its not cover under 60 days warranty or even a extended warranty.. now also I need to leave my truck for repair .. pay for rental car also cause if the repair is not cover then the rental is not cover too ... how they can sale a vehicle that is not safe ?!?! And not stand behind ?!? I will update whats going on with this .. Im trying to get a hold from general menager or corporate office they need to stand by what they just sold us ! They say all vehicles are safe and check but it look like its not and they dont care ! lets start with Peter is the best !!! So I was looking for a pre ownd truck and I saw one on autonation web I called and got a lady at autonation Tustin that said yes its still available and said she is gonna check how much will be if I want to trade my Toyota Corolla and get the truck that is available! (She gave me a feeling like the truck is at Tustin) so after waiting for her call back more than 1 hour i decide to drive to Tustin , I got to Tustin after a long drive from san Clemente and surprise ..... no truck ... the lady was so surprised to see me , she didnt have us to much attention except telling us oh the truck is at Torrance not Tustin .. I got pretty mad but its ok . Then the lady transferd us to a different sales lady that she was probably new ! She didnt know anything she act so unprofessional and no serious but hey at this point I dont care I just want answer cause I really want to trade my car and get a truck that I need. So after talking numbers she said I will transfer the truck from Torrance tomorrow ,after checking with every one if its possible, and after telling me we dont want to transfer it and you not gonna like it ... I obviously not gonna sign and buy anything that I dont see specially a pre Owend . So we decide to with till tomorrow to get it transfer. The day after I was trying to call and get a hold of those two ladys that never answer , then I talk to the sales manager that didnt even knew whats going on, at this point you can see how they are not serious maybe cause its a pre owend and not new ? But at this point I called the Torrance location and Peter helped me all the way like a champ !!! I drove all the way from my work location that is San Diego all the way to Torrance and really he gave a service like Im buying a new vehicle! So much professional so much help on any thing that he can, the finance peoples also were so nice and professional.. my all experience was really good ! I highly recommend autonation ford Torrance.. and Peter is number 1 !! He will give you call back no way his gonna forget ! PETER THANK YOU YOU ARE THE BEST !!

Good experience EXCEPT for one important thing. Looking for a certified pre-owned SUV, we visited the AutoNation Ford in Torrance, CA. We were met on lot by George. We looked at the Explorer, the Escape and then test drove the Edge, and liked it. When George inquired, I explained that this purchase was for a friend. My friend rescues abandoned, injured and neglected animals and was in need of a replacement vehicle. I told George that we had already visited two Toyota dealerships and planned to spend the rest of the day shopping other dealerships until we found what we wanted. I offered that this was an opportunity for George to make this my last stop. Multiple times, George told us that at AutoNation it is their goal to make this a pleasant experience. When discussing the impending purchase, I told George that I understood that there is very small profit margin on pre-owned cars, but I was willing to offer a full cash sale if he could offer me something. George, with a very sincere look on his face, said "Since you are doing such a good thing to help out rescuing animals, I will include the Valued Customer Plan at no charge." George explained that VCP provides 6 oil changes over a 3 year period, plus tire rotation. He emphasized several times that my friend would "only need to put in gas". I thanked him and told him that I thought that was a nice gesture for my friend, but as I was purchasing the car for my friend, I would like something for me - specifically some financial incentive. George left to talk to his manager. When he returned, he said he could give a $250 discount on the purchase price, and I agreed. Next step was to fill out the paperwork with the Finance guy. After signing all the forms, I mentioned that I had not signed anything for the VCP. The Finance representative called in George and asked if VCP was included. George just stood there. I finally spoke up and said "You said you were including VCP". George responded with "That was before the discount." He pointed to the Finance rep and said, "He will do something for you", and left the room. I believe the cost to the dealership for 6 oil changes over 3 years is negligible. I suspect that offering the VCP is more likely a goodwill gesture since it was the only thing that George had the authority to offer without first getting consent from his manager. Taking back the offer (without ever mentioning that it was an either/or offer) was very disingenuous at the least, and incredibly unprofessional. The loss of goodwill by reneging on the VCP offer far exceeds any costs the dealership might have realized had the VCP been included as stated by George. I sent this review to George 2 weeks ago to give him a chance to respond. I have heard nothing which only indicates that I did not overstate the facts and that AutoNation Ford in Torrance really doesnt care what the customer thinks. 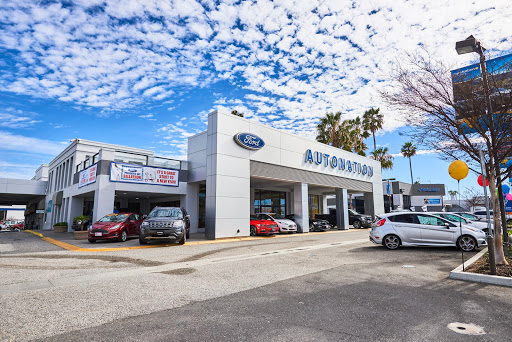 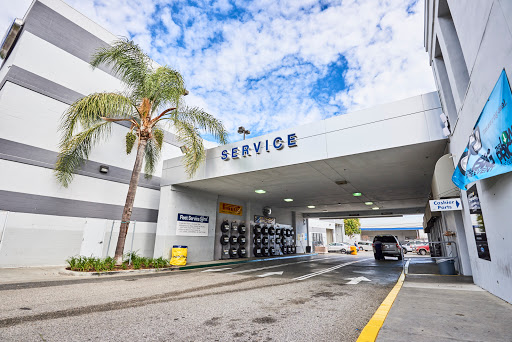 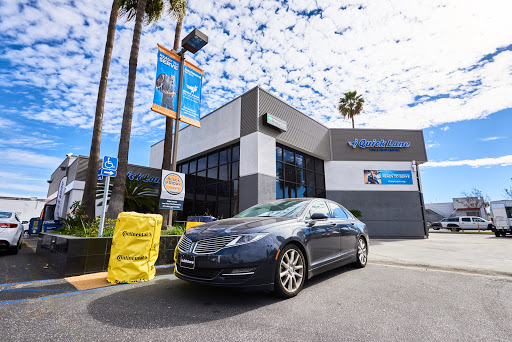 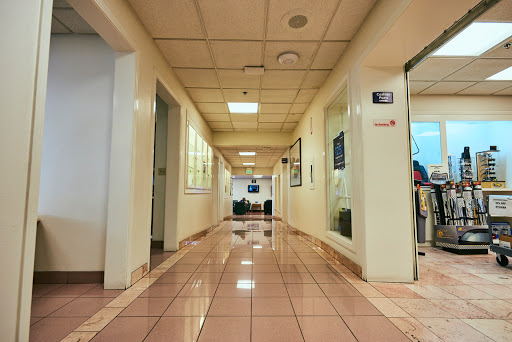 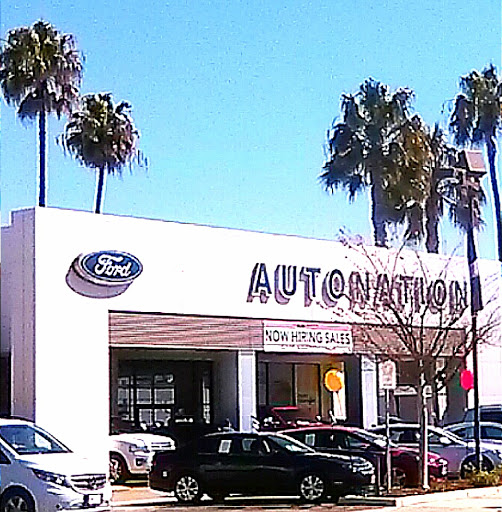 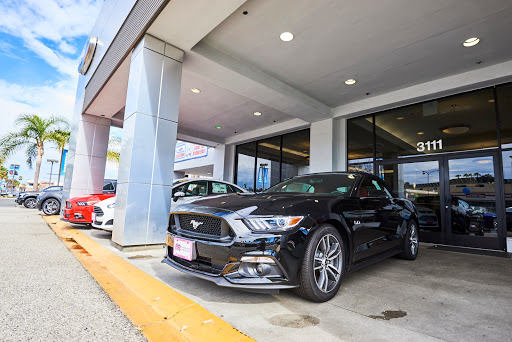 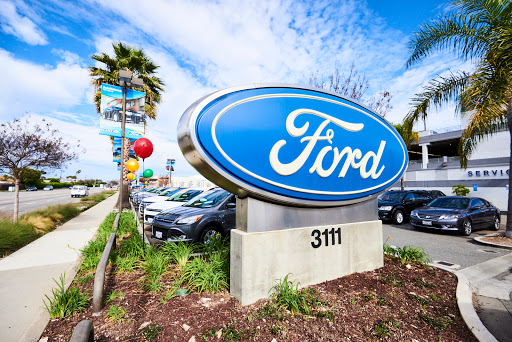