I wish to share with you the excellent service provided by Steve Gonzales and the entire team at Heritage Jeep in Owings Mills. I have never seen such a focus on customer service before, and am still amazed by how I was treated. Some background – My last new car purchase was a 2002 Jeep Liberty Limited from a CarMax dealer in Orlando. That buying experience was great due to the “no haggle” approach to pricing that CarMax employed for both new and used vehicles. I hate haggling over pricing, which is why I dread shopping for a new car. I was considering either a Ford Escape or a Jeep Patriot for my next car purchase. A visit to the Baltimore Auto Show on Sunday, February 10th settled the issue for me – I wanted a Jeep Patriot Latitude. That evening, I went to the Jeep website to build my ideal model, and then looked for dealers near me that had what I wanted in stock. I found several, with one at my local Jeep dealer that Ive used for my service work on my Liberty. I reached out to that dealership via email, and by Tuesday I thought we settled on a price for what I wanted. When I showed up at that dealership that evening, the car that was discussed was not on their lot, and the agreed upon price was not being honored. I felt that this was a “bait and switch” deal. I walked out of that dealership disappointed. Wednesday afternoon, I contacted Heritage Jeep through their website, as they also had a model that met my criteria. Within 20 minutes, Steve Gonzales called me to discuss the car. He took the time to understand what I was really looking for, what my key features were, and discussed some of the options I inquired about. He also reviewed what rebates I was eligible for, and within an hour called me back with a firm price for the Patriot. The price was in line with my expectations based on my research, and we quickly agreed to the sale. There was one hitch to closing the deal – I was home sick from work and wasnt able to make it up to the dealership until Friday to complete the sale. This was not a problem for Steve. He arranged for the vehicle to be delivered to my home that same evening. This may not seem like a big deal but I live in Glen Burnie and the dealership is in Owings Mills, about 25 miles away. Plus, it had started to snow! I did not expect this to happen as quickly as it did, nor for the dealership to deliver the vehicle to my home. This just goes to show you the focus that Steve and Heritage Jeep puts on customer service. Although I had arranged my own financing, Steve made me aware of an additional rebate that I was eligible for by using one of Jeeps preferred financing companies. Having an excellent credit rating, and an extremely low rate from my bank, I was hesitant to have my credit checked again in such a short period of time for fear of what damage it might do to my rating, knowing that their rate would probably be higher than the rate I got on my own. After discussing it further, I agreed to pursue the additional rebate. The rate that came back was slightly higher than what I arranged. However, as another sign of excellent customer service, the Heritage team stepped in to get that financing to match my rate. Ken Gower, the General Manager, went to bat for me on this, and thus making me eligible for the additional rebate. Overall, I was blown away by my car buying experience at Heritage Jeep. Steve Gonzalez treated me fairly, listened to my needs, and went out of his way to take care of me. This is the culture that Ken Gower instills in his team, as demonstrated by him getting my interest rate matched. I would highly recommend Heritage Jeep in Owings Mills for your next car purchase. Steve Gonzales and Ken Gower know how to treat customers right!

I will preface this review by stating that I avoid dealer service departments at all costs unless there is a recall or other problem that specifically requires dealer attention. My preference is to work with a local independent shop that does not see me simply as an ATM. On June 17th I sent my 2011 Dodge RAM 3500, on the tow truck knowing that the truck had a bad alternator. I went to the service department and talked to the service consultant named Victor, I stated that the truck was having alternator issues. Five hours later I received a call from Victor saying that the technician believed that the two batteries had to be replaced to be able to run a test on alternator . "Batteries had to be changed because the car was not starting" of course i knew that since the begging, the mechanics did not even attempted to recharge them in order for the alternator issue to be addressed. So his advise was ,let start replacing both battery and move the truck to the garage to run a test on alternator and if the alternator is bad lets replaced it too ! Final cost of $1170. He made me think for a minute ,if I already told him that the truck has a bad alternator why replaced the battery ,just go and replaced the alternator and solve the problem right of course ,he answer was I cant do that , how amI gonna move the truck to the garage if cant started ,so I told him over the Phone leave it alone I will pick it up in the morning Next day I arrived at 9:30 am asked him where was the truck located, victor walked me to the truck and said You see i could not do anything with it the trucks batteries are dead it must be replaced. Okay MR. VICTOR does your service department has a jump box? they could jump start it and have it moved to the garage to a check up , "Yes they couldnt do that... the battery you know!?" His clever answer to me... HE was determined to make me replaced this batteries even though I know they are in good working condition Im in a car business as well,so i did not pay much attention to the situation because I know how car businesses are, but the worse part is now. Knowing that he couldnt do anything on the truck with out replacing the battery and have the truck checked I didnt expect any charges. To my surprise, they charged me $99, for being nice enough to tell me my car did not start... yes i knew that from the time i walked into their department... hence a towing truck brought my truck to the dealer. After talking to the supervisor about voiding the charge because the vehicle could not even be tested... nothing was done about it... they still received $99 from me, without my car even being touched. I am disgusted at how the supervisor basically told me that just because i brought my vehicle to a dealer without anything being performed in the car, a charge was applied... PERIOD... That my first review ,and I going to BBB next

On St Pattys day, my wife and I decided to stop in to Heritage Jeep to look at a new Grand Cherokee. We had been car shopping all week and walked in with the intention of simply looking and getting some numbers; had no intention of buying a car the same day. We were immediatley greeted at the door by a sales manager (Eric), and directed towards a sales representative. We explained what we were looking for and from that moment I knew we were in the right place. We first said we wanted to see a grand cherokee limited. Chris then asked what features we wanted which we told him. He then explained to us that we can get the same feautures on a laredo "X" and save us a couple thousand dollars. He had my trust (and business) from that point for being so honest and up front; that is an outstanding customer service quality. They had one on the lot that had everything my wife wanted so she test drove it and fell in love. Chris was very thorough and knowledgable about the car and its features, going over every little detail to make sure we understood how it all worked. He answered all of our questions promptly, efficiently, and truthfully; never once did I get the impression that he or anyone else at Heritage was trying to sucker is in to something. Now it was time to discuss the numbers! We had looked at 4 other cars this past week and had her trade in car appraised 4 times, each time the amount came in much lower then what we wanted. Chris asked what I needed to get on my trade in to make a deal so I told him. He then promised they would match that. Well he didnt keep his promise, he surpassed his promise. The other dealers came in $2600 below the payoff for her car, Heritage came in $600 below the payoff!! He then broke down the price of the car with all the amazing rebates, plus our down payment and came back with a monthly payment for us. He saw we were still a little hesitant because the number was a little higher then what we wanted to spend. He called the finance manager over who asked what ballpark we wanted to be in. I told him, and again he promised he would get us there. Once again he didnt keep his promise, he surpassed it! Came in almost $50 below where I told him I wanted to be. With all the numbers the showed and the fact my wife loved the car, and customer service was the best I had ever seen how could we say no. So we walked out of that dealer driving a brand new 2012 Jeep Grand Cherokee Laredo "X" fully loaded for less money then what we had budgeted for! If that doesnt entice you to shop heritage then I dont know what will! 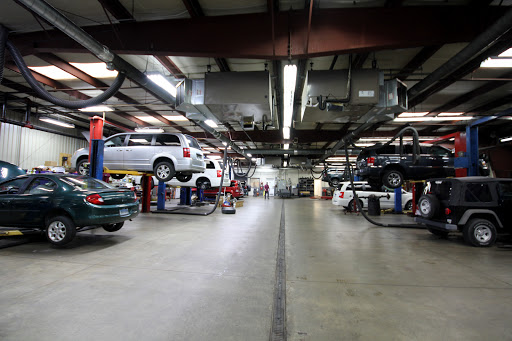 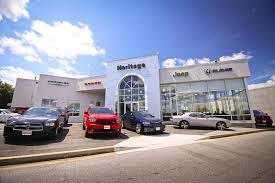 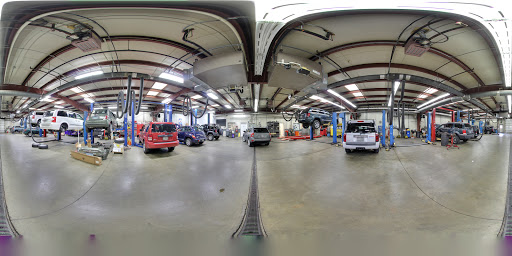 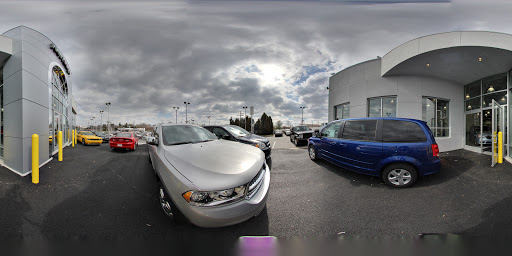 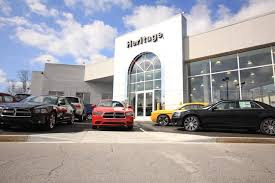 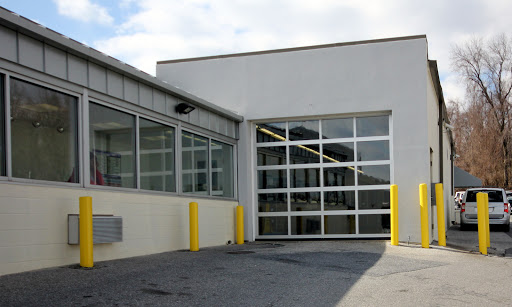 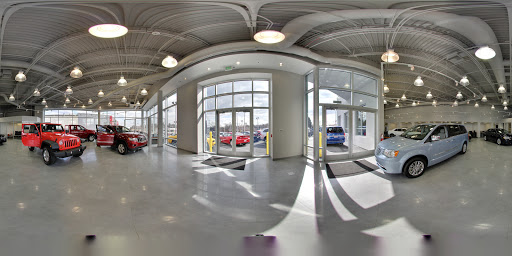 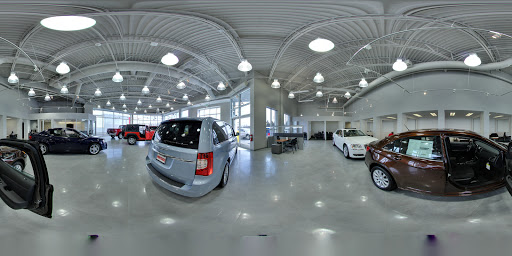 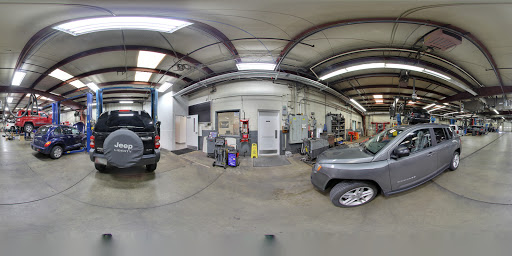 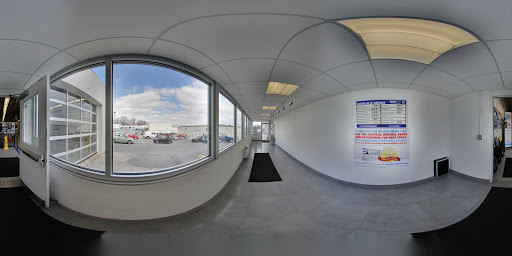 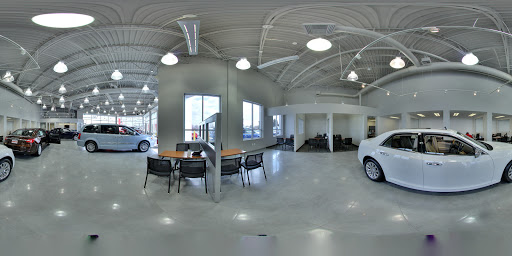 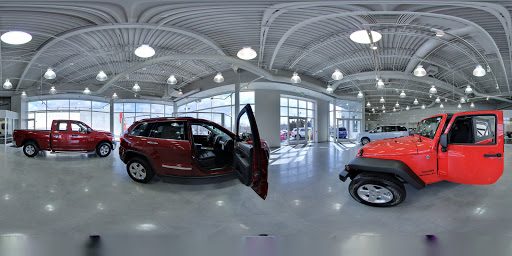 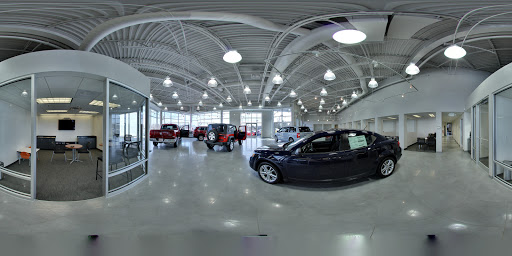 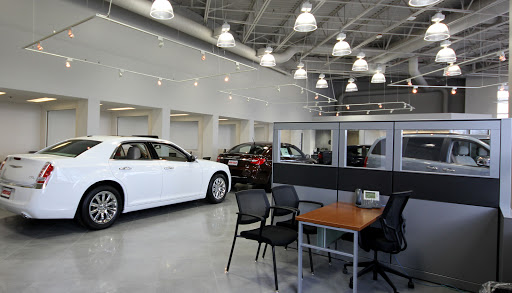 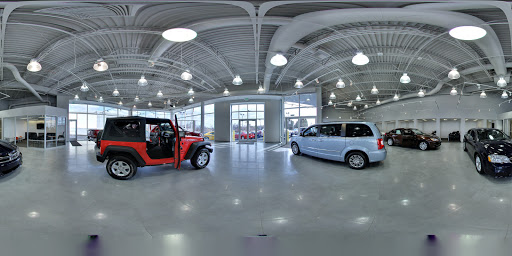 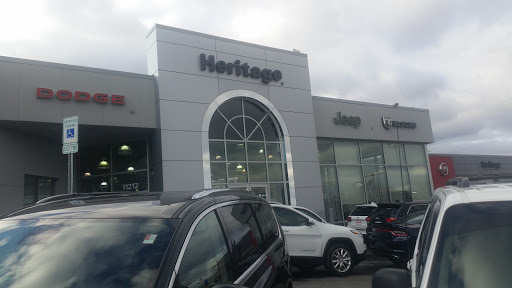 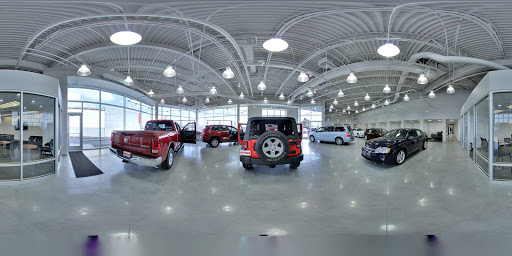 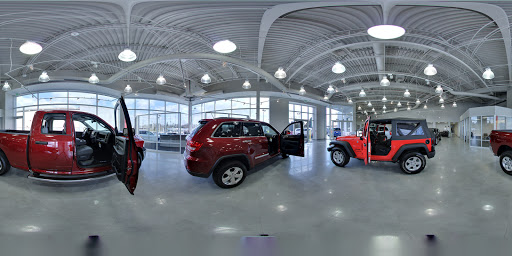 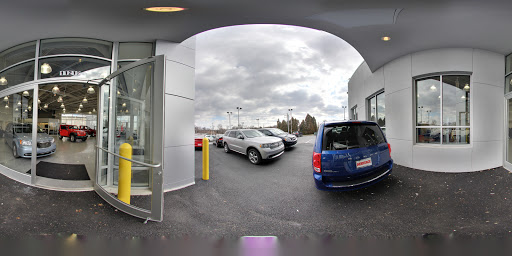